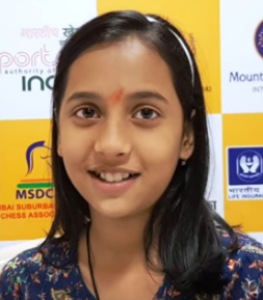 Divya Deshmukh Biography – The young and talented gem of Indian chess who becomes WGM at 15!

Divya Deshmukh is an Indian chess player born on December 09, 2005, in Nagpur, Maharashtra, India. Her father, Jitendra Deshmukh, is a Govt. Professor and head in the Govt. Medical College in Gondia city.

Her mother, Namrata Deshmukh, is a Gynaecologist.

Divya Deshmukh started playing chess at the age of five. And very soon, her parents realized that she could perform well in this field. Also, chess just didn’t happen to her randomly. It was her father who used to play chess.

Then, she also started playing it with her father and then only developed her interest in the sport.

In 2013, she won 2 gold medals at the Asian Youth Chess Championship in the Under-8 Girls category. The same year, she again became the National Chess Champion in the under-9 category. 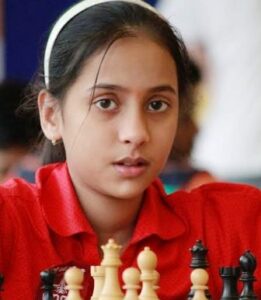 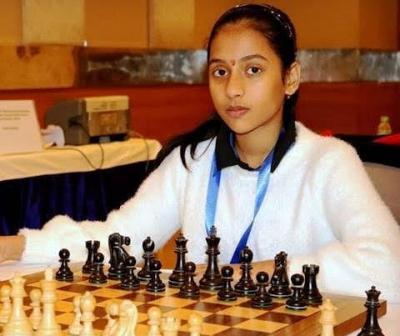 In 2016, she again won 2 gold and a silver medal at the Asian Youth Championship in Mongolia. Deshmukh also won the 2016 national championship (Under-11 Girls category) and a gold medal at the National School Games.

Later, she won gold at the 2017 World Youth Chess Championship in Brazil. The same year, she won a gold in Blitz, a silver in Rapid, and a bronze in Standard mode.

Then, Divya Deshmukh earned the Woman International Master title in 2018 at the age of 12.  The same year, she won a bronze at the World Youth Chess Championship alongside Sanskriti Goyal. 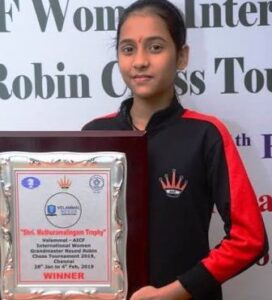 She was also a part of the 2020 joint Olympiad-winning Indian Chess team led by GM Vidit Gujrathi. Her victory, alongside GM Praggnanandhaa against China, helps India to enter the Quarter-finals of the tournament.

She played five games in the tournament, out of which she won two games, lost two games (1 due to the internet disconnection), and the other because of a global server outage; in fact, she was entirely in a winning position in that game.

All in all, against Russia in the final, Divya and GM Nihal Sarin lost their internet connection due to some server problems, which eventually resulted in India and Russia’s joint victory.

It’s India’s first-ever gold at the chess Olympiad. You can watch the finale of the chess tournament on the youtube channel of Samay Raina or Chess com.

Later, in 2022, the she won the 47th National Women’s Championship. She drew with IM Soumya Swaminathan in the final and won the championship by securing eight out of nine points. She achieved this feat at the age of 16.

Q1: What is the height of Divya Deshmukh?

Q2: What is the age of Divya Deshmukh?

Q3: Who is the father of Divya Deshmukh?

Q4: Where is the hometown of Divya Deshmukh?

I hope you liked the Biography of Divya Deshmukh and if you have any queries regarding this post, then let us know in the comment box.