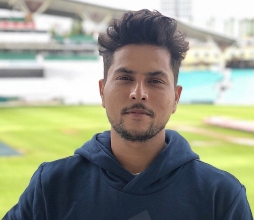 Kuldeep Yadav Biography – The only chinaman bowler India has ever produced!

Kuldeep Yadav was born on December 4 in 1994, in Kanpur, Uttar Pradesh. His father, Ram Singh Yadav, is a Kiln owner. His mother, Usha Yadav, is a homemaker.

Kuldeep has two elder sisters named Madhu and Anita and one younger sister, Anuskha Yadav. Both of his elder sisters are married, and the younger one is a law student in Delhi.

He was good at studies in his school days, so he used to play cricket just for fun; nothing was serious then. His father was sure that his son could do something special in cricket. So, he enrolled him in the Rovers Club academy.

Initially, Yadav started cricket as a seam bowler. One day, his coach Kapil Pandey asked him to bowl spin; in response, he did the same and bowled a few chinaman deliveries that he (himself) wasn’t aware of.

Obviously, his coach got impressed and told him to stick with it, as it was something rare what he was doing.

The young Kuldeep, who joined Rovers Club academy to become a fast bowler like Wasim Akram, then started following Shane Warne’s videos, and that’s how he learned all those basics of wrist positions of a wrist spinner.

When he was 13 years old, he wasn’t selected in the Uttar Pradesh’s Under-15s age-level cricket team. It affected him so badly that he decided to quit cricket and shifted towards his studies. However, his father once again asked him to focus on cricket.

Later, on March 31, 2014, Kuldeep made his T20 debut playing in Syed Mushtaq Ali Trophy against Vidarbha. He took two wickets for 29 runs in the four overs he bowled. 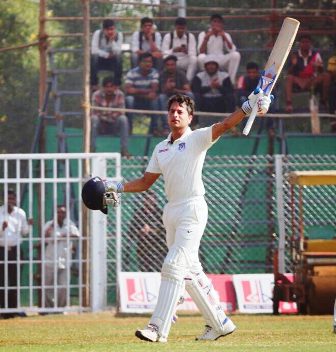 On November 7, 2014, he started his List-A career against Railways in the Vijay Hazare Trophy at Nagpur, where he managed to pick two wickets out of his ten overs.

On March 25, 2017, Kuldeep Yadav made his international debut by playing Test against Australia at Dharmsala. He took four wickets in the first innings, including the likes of David Warner and Glenn Maxwell.

Three months later, on June 23, he made his ODI debut opposite West Indies; however, he didn’t get the chance to bowl or bat as the match got abandoned due to rain after the 39th over of the first innings. 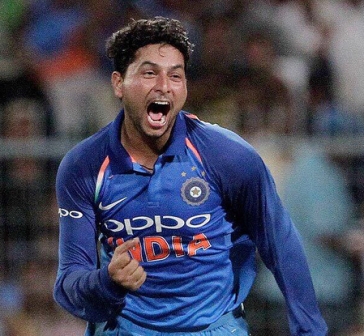 Subsequently, on July 9, 2017, Yadav made his T20I debut against West Indies at Kingston. He took the wicket of Chris Gayle in the match. It was also the only wicket from the Indian side as the opponent won that match by nine wickets.

In 2012, Kuldeep Yadav was first bought by Mumbai Indians for INR 10 lakh. He remained in the team for two years but didn’t get to play in any match. Later, KKR signed him for the 2014 IPL season. He played his first match for KKR in the 2014/15 Champions League Twenty20 against Lahore Lions. 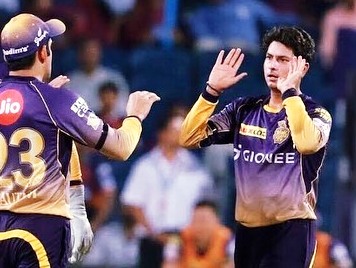 The chinaman made his IPL debut for KKR in 2016 IPL opposite Mumbai Indians. Mitchell McClenaghan was his maiden IPL wicket. Later, he played for the same team in IPL 2017 & 2018 season. In 2019, KKR retained the chinaman for INR 5.8 crore and also played for them in the next season.

In 2021, Rajasthan Royals bought him for 5.8 crores (INR). However, he didn’t get to play a single match in the season due to his knee injury.

Q1: What is the age of Kuldeep?

Q2: What is the height of Kuldeep Yadav?

Q4: Who is the wife of Kuldeep Yadav?

Q5: How many hat-tricks Kuldeep Yadav have taken so far?

Ans: 2 hat-tricks in ODIs and one hat-trick in Under-19s.

I hope you liked the Biography of Kuldeep Yadav and if you have any queries regarding this post, let us know in the comment box.