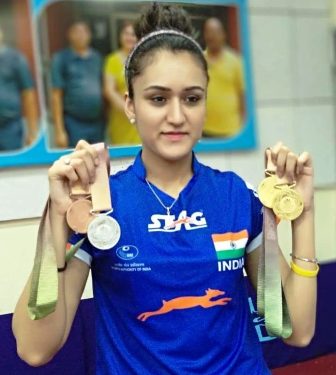 On June 15, 1995, Manika Batra was born in Delhi to the couple Girish Batra & Sushma Batra. She is the youngest among her siblings. Her elder sister Anchal and brother Sahil Batra used to play Table Tennis; only then she got inspired to play this game.

At the age of 4 or 5, Manika Batra started playing Table Tennis. Later, she won a match at the state-level competition in the Under-8 category & decided to take proper training in TT. She then started her training in Hans Raj Model School under the guidance of Sandeep Gupta.

After completing her schooling, she joined Delhi-based Jesus and Mary College to pursue her studies further. But, within a year, she dropped out and turned her focus entirely on Table Tennis (TT). 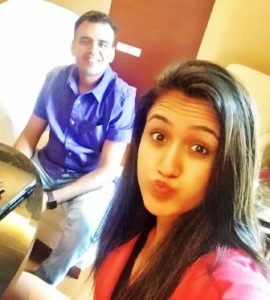 In deciding to drop college, her mother played an important role, as she greatly supported her in choosing TT over academics. 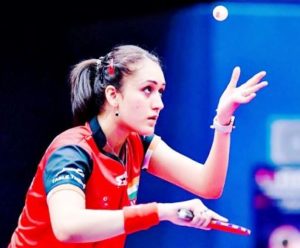 Later, in 2012, she again won a silver medal at the Spanish open singles event.

At the age of 19, Manika Batra participated in her first Commonwealth Games. Later, she became the first Indian Tabel Tennis female player to qualify for Quarter-finals in CWG games.

In the women’s single’s second round and in her first match, she beat New Zealand’s Annie Yang by 4-0, which lasted 21 minutes.

She won against Canada’s A Luo in the next round and then became the first Indian women TT player to qualify for the quarter-finals. Later, in the quarter-final against Singapore, she lost by 1-4 from Singapore’s Y Lin.

In a mixed doubles event at CWG 2014, she was partnered with Sanil Shankar Shetty. They beat Barbados’ duo by 3-0. Later, they lost to New Zealand’s pair by 0-3.

Batra, MS Patkar, and S Kumaresan represented the Indian TT team at the 2014 CWG. They beat Barbados in their first game by 3-0. 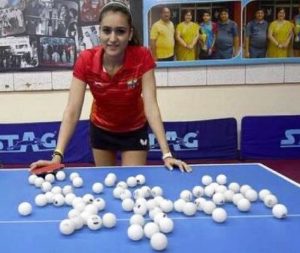 Then, by beating Kenya, they reached the quarter-final, where they defeated New Zealand by 3-0. But, in the semifinal, opposite Singapore, India lost by 1-3.

She won her first game at the 2014 Asian Games, as she defeated Macau’s Ma Chao by 4-0. But in her very next match, she lost to Japan’s Kasumi Ishikawa by 0-4.

Batra, along with Ankita Das and Mouma Das, won silver at the women’s team event. In the women’s Doubles event, Batra and Ankita Das lost in the final match after defeating the Singapore duo by 3-0 in the semifinals. 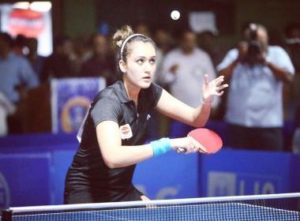 Later, she participated in TT tournaments, including the Swedish Open, Belgium Open, and Australian Open, where she didn’t perform well. Even at the 2015 World Table Tennis Championship, her first world’s TT championship in which she participated, she lost in her very first game.

However, Batra won gold at the Perfect World Championship in the second division held at Kuala Lumpur, Malaysia, in 2016.

12th South Asian Games were held in India played at Guwahati and Shillong. India topped the award tally by 308 medals, and Table Tennis also topped the list with 12 medals. 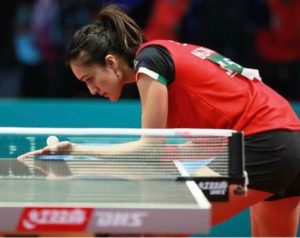 Manika won one Silver and 3 gold medals at the 2016 South Asian Games.

She won silver at singles events, as she lost to Mouma Das in finals by 4-2.

Pooja Sahasrabudhe and Batra’s duo defeated the other Indian pair of Mouma Das and Shamini Kumaresan by a straight 3-0 in the final.

She and Anthony Amalraj defeated the other Indian mixed couple by 3-2 and won the gold medal.

At the age of 20, she qualified for Rio Olympics after winning the Asian Olympic Qualification events held in Hong Kong. Although she lost her first match at the qualifying event, she won her next two games by defeating K Shamini and Mouma Das.

At Rio Olympics, Manika Batra played her debut Rio match opposite Poland’s Katarzyna Grzybowska. The match lasted for 48 minutes, in which Batra lost the game by 2-4 against the experienced Katarzyna.

At CWG women’s singles events, she defeated then world no. 4 Singapore’s Feng Tianwei by 4-2. Later, in the final, she won against Yu Mengyu in straight four games. This victory made Manika Batra the first Indian woman to win individual gold at the commonwealth in Table Tennis.

Indian women’s team won the final against Singapore by 3-1. 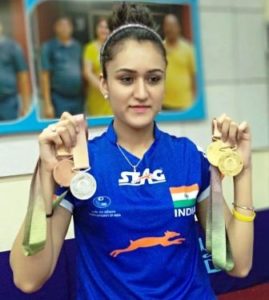 Out of the four matches played in the final, she played and won both her games by 3-2 and 3-0.

Manika and Mouma Das lost their final against Singapore’s Feng Tianwei and Yu Mengyu. Before that, they beat Malaysia’s doubles team by 3-0.

She and her partner, Sathiyan Gnanasekaran, lost to England’s Liam Pitchford and Tin-Tin Ho by 3-2. Then, in the bronze medal match, Batra and Sathiyan won three games opposite the other Indian duo.

At the 18th Asian Games, India’s paddlers could only add two bronze medals to the Table Tennis telly. One bronze was won by the men’s paddler team, and the other was by Manika and Sharat’s

In 2019, her new year started with a win at the Hungarian Open singles event. She defeated Sweden’s Kallberg Christina by 4-0 and qualified for the next round.

Then, she defeated Romania’s Monteiro Daniela, Spain’s Dvorak Galia, and Hungary’s Pota Georgina. But, in the round of 16, she lost to China’s Chen Meng by 0-4.

In the singles event, she lost to South Korea’s Kim Youjin by 0-4 in the very first round. Later, she lost both her Doubles (women’s doubles and mixed doubles) matches.

She won against Thai paddler Sawettabut Jinnipa by 4-2 at the women’s singles event. But, she lost to Taiwan’s Chen Szu-Yu by 2-4 in the next round. 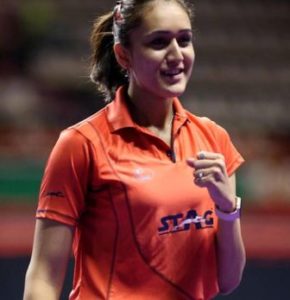 At the women’s singles event, she won her first match but lost to China’s paddler in the next round. At mixed Doubles and women’s Doubles events, her team lost in the round of 16.

She won her first match by 4-0 at the singles event against Serbian paddler but lost her next battle against Taiwan’s Chen Szu-Yu by 1-4. 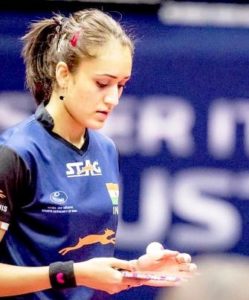 Batra was knocked out by Sofia Polcanova (Austria) in the third round of women’s singles. Earlier, she defeated Tin-Tin Ho (Britain) and Margaryta Pesotska (Ukrain) in the first and second rounds. 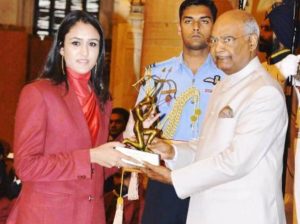 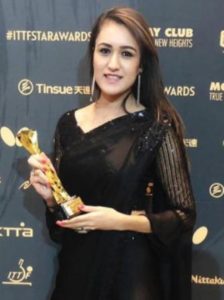 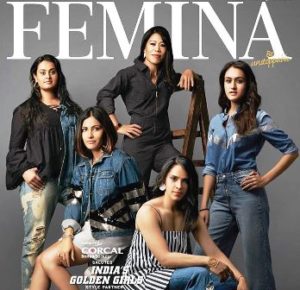 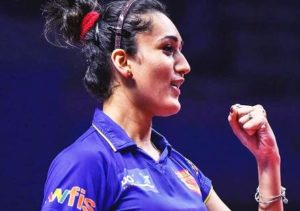 Q1: What is the age of Manika?

Q2: What is the height of Manika Batra?

Q3: Who is the husband of Manika Batra?

Hope you liked the Biography of Manika Batra and if you have any query related to it, then definitely tell us in the comment box.