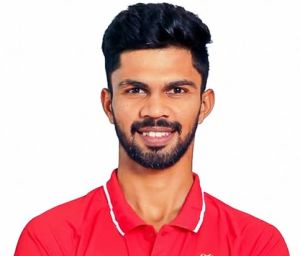 Ruturaj Gaikwad Biography – A batsman from Maharashtra who wants to dominate all formats of cricket!

His mother, Savita Gaikwad, is a primary school teacher. He also has a sister.

Ruturaj has been playing cricket since the age of around 5 or 6. Even in an interview, he said that he watched a live match between Australia and New Zealand at the age of six, and the way Brendon McCullum batted in the game took him more towards cricket.

Later, at 11, he joined Vengsarkar Cricket Academy to hone his batting skills. Soon, he started playing for the Maharashtra under-16s team and eventually for the state’s under-19s squad. 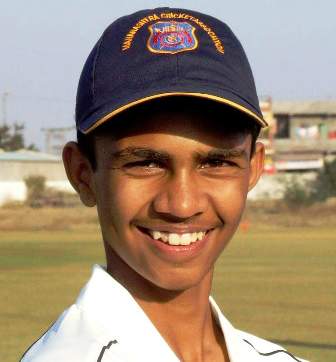 His cricket career was going ‘average’ until the year 2014. As in the 2014-15 Cooch Behar Trophy, he scored 826 runs, including three centuries and one half-century, at an average of 82.60. Also, he was the second-highest run-scorer of the season.

In the next season of the same trophy, he made 875 runs, including four centuries and three half-centuries, at an average of 97.22 for Maharashtra, which ultimately helped him play for the senior Maharashtra cricket team.

On October 06, 2016, Gaikwad made his First-Class debut for Maharashtra against Jharkhand in the Ranji Trophy. However, he fractured his finger in the very first innings of the match by a bouncer bowled by Varun Aaron, hence ruled out of the tournament. 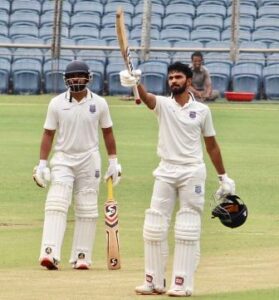 He missed most of the matches due to his finger injury and only made his comeback after six weeks. Later, on February 02, 2017, he made his T20 debut against Mumbai in the Inter-State Twenty-20 tournament. 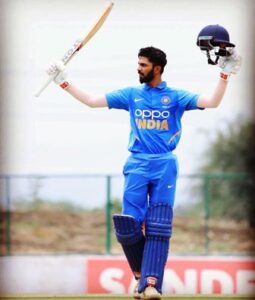 The same month, on February 25, he started his List-A career by playing against Himachal Pradesh in the Vijay Hazare Trophy. It became his dream debut, as he scored 132 runs in the match, which eventually made his team win the game by 25 runs.

Chennai Super Kings (CSK) picked Ruturaj Gaikwad at the 2018 IPL auction before IPL 2019. CSK bought him for Rs. 20 lakh. Fun fact – he was the last player selected by the management to complete their squad.

He didn’t get any chance to play in the tournament, although the team retained him for IPL 2020. He made his debut for CSK on September 23, 2020, against Rajasthan Royals.

On his debut, he was sent back to Pavillion on his very first ball by the duo of Rahul Tewatia and Sanju Samson. However, he later scored three consecutive half-centuries in 3 matches.

CSK retained him for IPL 2021, and he continued showing his incredible skills. Gaikwad became the orange cap holder (highest run-scorer) of IPL 2021 with 635 runs in 16 games, including one hundred and four fifties. The franchisee also backed him for IPL 2022.

Q1: What is Ruturaj’s jersey number?

Q2: Who is the girlfriend of Ruturaj Gaikwad?

Q3: What is the height of Ruturaj Gaikwad?

Q4: What is the age of Gaikwad?

Q5: Where is the hometown of Ruturaj Gaikwad?

I hope you liked the Biography of Ruturaj Gaikwad and if you have any queries regarding this post, then let us know in the comment box.