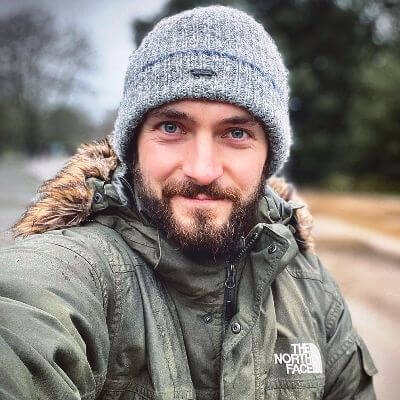 George Blagden Biography – Journey of the actor from Versailles to Vikings!

George Blagden is an English actor born on December 28, 1989, in London, England. His father, Simon Blagden, is a renowned businessman and has been associated with the IT and telecom industry for a very long time.

His dad was appointed CBE in 2016 for his services to the economy.

He has a sister named Katie Blagden, a filmmaker also known for her writing. Katie is the writer, editor, director, and cinematographer of The Tap Tap Lady. Also, she has worked as an assistant director in several other films.

George’s dream of becoming an actor started when he was only ten years old. A short story – he watched a play called “The Lion, the Witch and the Wardrobe” with his mother.

He liked it so much that he started finding ways to do a similar kind of thing. He then began taking part in school plays and decided to pursue his future in the same field.

Later, he enrolled at Oundle School through a drama scholarship. The actor also joined the National Youth Theatre of Britain (NYT) at the same time. Meanwhile, he did a lot of plays like Art and Into The Woods.

After that, he went to Guildhall School of Music and Drama and studied acting. During that period, he played characters like Dionysus (The Bacchae), Mikhail Astrov (Uncle Vanya), etc. He completed his training in 2011.

George Blagden has been married to Laura Pitt-Pulford since September 2019. His wife is also an actress, known for her work in musical theatre.

The actors have a child together named Arlo Blagden, born in 2020.

George began his acting career in 2011 by playing a soldier in the sequel of Clash of Titans called Wrath of the Titans. The same year, he appeared in another movie titled Les Misérables.

In 2013, he featured in After the Dark as an electrician (Andy). The following year, he starred in Blood Moon with Scottish actor Tom Cotcher.

After that, he appeared in several short films like The Tap Tap Lady (with Elinor Crawley) and Blight.

Later, in 2017, the British actor featured in No Postage Necessary, in which he portrayed the role of Sam. Two years after, he appeared in films including “How You Look at Me” and “The 100 Candles Game.”

He will be further seen in films including The Land of Dreams, Rubikon, and The Chelsea Cowboy.

Blagden started his television career in 2013 with Vikings. He played Athelstan in the historical drama for four seasons. 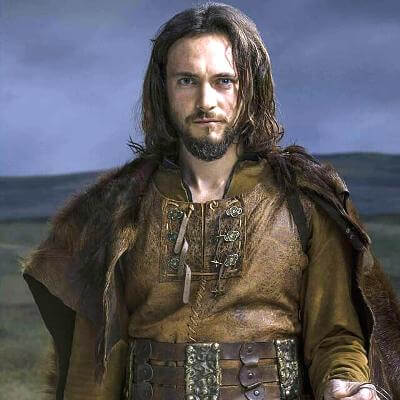 While he was playing an essential role in Vikings, he started working with another historical show titled Versailles. It was a French drama in which he played the leading character of Louis XIV (Sun King), the King of France, between 2015 and 2018. 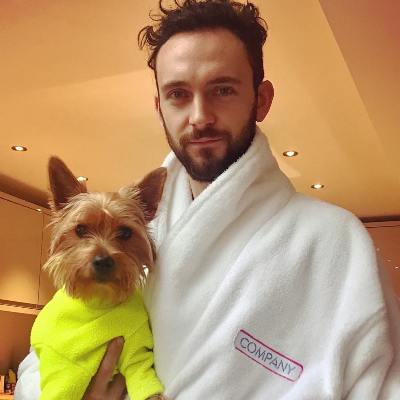 Q1: What is the age of Blagden?

Q2: What is George Blagden’s height?

Q3: Who is the wife of George Blagden?

Q4: Where was Blagden born?

I hope you liked the Biography of George Blagden and if you have any queries regarding this post, let us know in the comment box.