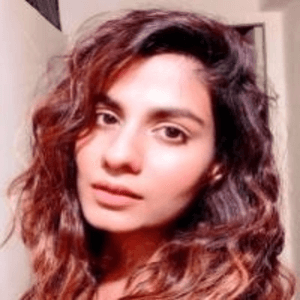 Shreya Dhanwanthary Biography – A model & actress who is the popular face of TV commercials, now giving tough competition in the series of Web series.

Shreya Dhanwanthary was born on November 30, 1988, in Hyderabad, India. Her father, Vijay Dhanwanthary, worked in Aviation.

When she was two months old, her family moved to Dubai from India. She completed her schooling at one of the schools in Dubai, UAE. After finishing her schooling, she went back to India for further education.

She joined the National Institute of Technology, Warangal, Telangana college. Later, in 2008, when she was in her third year of college, she auditioned for the Pantaloons Femina Miss India South and finished the competition as the first runner-up. Parvathy Omankuttam was the winner of the competition. 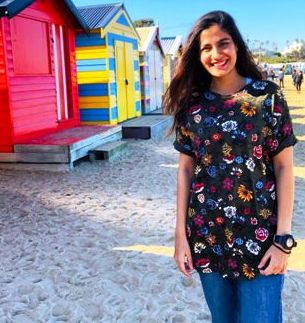 Subsequently, she got a role in a Telugu movie titled Sneha Geetham, directed by her college senior. The film was released in 2010, and right from there, she never looked back and found acting as her career.

In 2009, she made her debut with a Telugu movie, Josh. The year later, in 2010, she appeared in another Telugu movie, Sneha Geetham, directed by Madhura Sreedhar ReddyShe played the role of Shailu, one of the film’s main leads.

In 2012, she appeared in a Short film named The Girl in Me. She played the role of Tina/Tara in the film. Later, she appeared in web series like Ladies Room, The Reunion, and The Family Man.

Shreya Dhanwanthary made her Bollywood debut in 2019 from Why Cheat India, opposite Emraan Hashmi. She played the role of Nupur Dubey in the movie, which was based on the corruption in the education system. It was written & directed by Soumik Sen.

Her upcoming movie’s name is Looop Lapeta, Adbhut, and Chup.

Ashima Chibber directed it, and Neha Kaul Mehra and Ratnabali Bhattacharjee wrote it.

The series is about four friends who reunite to create their old memories. Shreya, Veer Rajwant Singh, Sapna Pabbi, and Anuj Sachdeva played the roles of the four friends.

She played the role of Devanshi Tailor, who appeared in all the ten episodes of the web series.

In 2019, Dhanwanthary appeared in the famous series titled The Family Man. She played the role of an intern in the series, and Manoj Bajpayee portrayed the role of Shrikanth, an undercover agent of an intelligence agency. 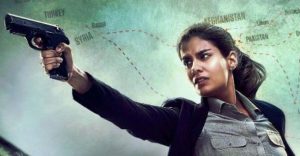 The series is written and directed by Raj Nidimoru & Krishna DK. It was released on September 20, 2019, on Amazon Prime. The other cast of the series was – Priyamani, Sharib Hashmi, Neeraj Madhav, Shahab Ali & others.

In 2020, she appeared in Scam 1992, a web series released on Sony Liv. She portrayed the role of a journalist named Sucheta Dalal, and Prateek Gandhi played the role of Harshad Mehta in the movie. After that, she featured in Mumbai Diaries 26/11.

She has appeared in many ads, and some of the brands she has endorsed are – 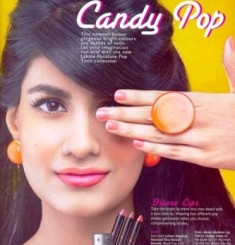 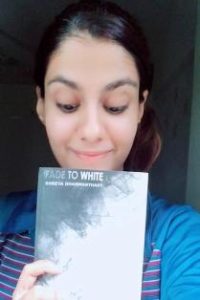 I hope you liked the Biography of Shreya Dhanwanthary and if you have any queries related to it, let us know in the comment box.