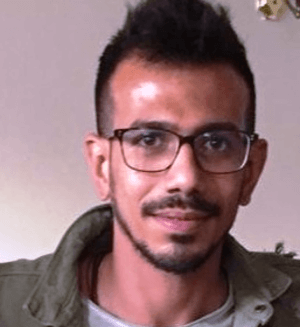 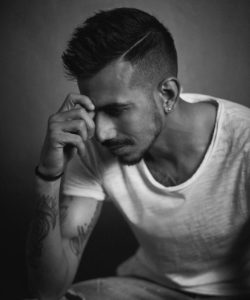 Yuzvendra Chahal was born on July 23, 1990, in Jind, Haryana, India. His father, Krishan Kumar Chahal, is an advocate at DM court in Jind. His mother, Sunita Devi, is a homemaker.

Yuzi is going to marry Dhanashree Verma, as he announced his engagement on August 08, 2020. His fiancée is a Choreographer, Dentist, and a YouTuber.

From Plain Board to Rough Pitches:

Before entering the field of cricket, he used to play chess. Even it’s pretty interesting how his chess career started.

His father was bothered about him as he didn’t want his son to be like the other boys in their neighbors. So he started to teach him to play chess.

His dad’s plan went successful as Yuzi started taking an interest in chess. Later, he started his chess training under Himanshu Sharma. In 2002, he won Under-12 National Children’s Chess Championship held in Kolkata.

The following year, he represented India at U-12 Youth Chess Championship held in Kerala. He ranked between 13 to 18 in the tournament.

Later, he participated in World Youth Championships, Greece, and finished the tournament at the 67th position. After this performance, he decided to get better training but couldn’t find any sponsorship. So he decided to quit chess and started playing cricket.

In Syed Mushtaq Ali Trophy, he made his T20 Cricket debut on October 20, 2009, against Punjab. He conceded only 12 runs in the four overs he bowled. 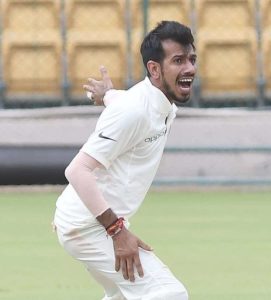 Chahal made his First-Class Cricket debut in November 2009 against Madhya Pradesh in the Ranji Trophy. His bowling stats were – 16 Overs, three Maidens & zero wickets for 49.

On February 10, 2010, he made his List-A Cricket debut against North Zone in Vijay Hazare Trophy. His bowling figures in the match were – 0/39 in his ten overs.

On June 11, 2016, Yuzvendra Singh Chahal made his One Day International (ODI) Cricket debut against Zimbabwe. In this match, he took one wicket in his ten overs at an economy of 2.70. His first International wicket was R Mutumbami. 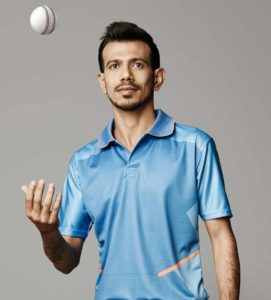 Later on June 18, he made his T20I (Twenty-Twenty International) debut against the same team and took one wicket.

On June 5, 2019, he played his first ICC ODI World Cup by playing against South Africa, in which he dismissed four batters for 52 runs.

Yuzvendra Chahal was first signed by Mumbai Indians for ₹ 10 lakh but didn’t find any chance to play. Later, on April 24, 2013, he made his IPL debut against KKR, in which he conceded 34 runs for no wicket. It was his only match for that season.

RCB bought him for ₹ 10 lakh for IPL 2014, and he played 14 matches and took 12 wickets in the tournament. In the following season, he picked up 23 wickets for his team. 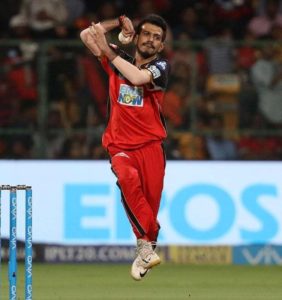 He was retained by RCB for IPL 2018 as they bought him for a whopping price of ₹6 Crore. He took 12 wickets in that season.

Subsequently, Rajasthan Royals (RR) bagged him at the auction for 6.5 crore INR for IPL 2022. 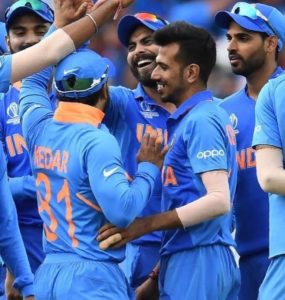 Q1: Is Yuzvendra Chahal married?
Ans: He is married to Dhanashree Verma.

Q3: Where is Chahal from?
Ans: Jind, Haryana.

Q4: Was Chahal a Chess Player?
Ans: Yes, he represented India at the National level.

Tattoos for every Aspect:

In an interview, he talked about his tattoos –

About his anchor tattoo with a compass on his arm, he said that whatever the situation would be, he would withstand it until the end, and by seeing this (anchor tattoo), he constantly gets inspired. Sailors usually get such tattoos made.

A Shiva on his right shoulder, as he believes in god. But unlike his mother, he doesn’t go to Temples frequently.

The name of his sister’s son, i.e., Shivansh, is because his family is special to him. 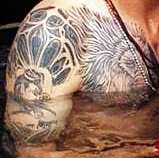 A Lion tattoo on his chest, as his zodiac sign is Leo.

About a warrior tribal tattoo on his back – he said that when the Tribal Warriors used to go out for war, they made such a mark.

I hope you liked the Biography of Yuzvendra Chahal. If you have any queries related to it, then definitely tell us in the comment box.