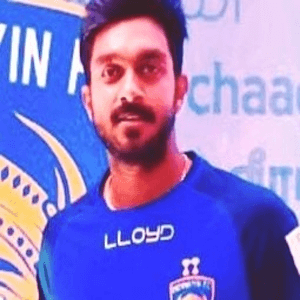 Vijay Shankar Biography – From the practice at the terrace to the first-ball wicket at the World Cup!

Vijay Shankar was born on January 26, 1991, in Tirunelveli, Tamil Nadu, India. His father, H Shankar, is a former Club Cricketer and his mother, Rama Shankar, is a homemaker. He has a brother named Ajay Shankar, who is also a Cricketer. 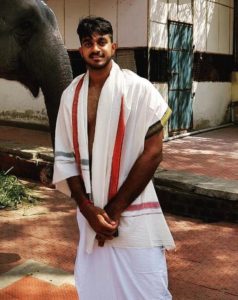 His father also wanted to become a cricketer, but he couldn’t make it beyond club cricket due to family issues.

Vijay Shankar is married to Vaishali Viswesaran; the couple got married in January 2021. His wife is a teacher.

When he was all-ready about his future in cricket, his father renovated the house and constructed nets at the terrace where Shankar and his brother used to practice.

Shankar made his List-A debut on February 20, 2012, against Andhra Pradesh in Vijay Hazare Trophy. He scored 6 runs in the match and conceded 23 runs with no wickets in the 4 overs he bowled.

Later, in the same year, in December, he made his First-Class debut by Ranji Trophy against Vidarbha, in which he made brilliant 63* runs in 153 balls, including 5 fours & 2 sixes. His bowling stats were: 2/52 in his 27 overs, in which 10 were maiden overs. 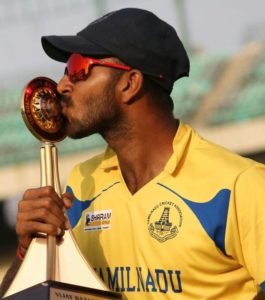 The turning point in his cricket career came in the year 2014-15 Ranji Trophy. In that season, he scored 577 runs in 7 matches with two centuries and three half-centuries. He also took 8 wickets in the season.

Later, Shankar got selected for the India-A squad because of his outstanding performance in the Ranji season.

In 2016-17, Tamil Nadu won the Vijay Hazare Trophy and Deodhar Trophy under the captainship of Shankar.

In November 2017, he got selected for the Test squad against Srilanka but didn’t get the chance to play.

On March 06, 2018, Vijay made his international T20 debut opposite Srilanka. He didn’t get the chance to bat; however, he bowled 2 overs in the match in which he conceded 15 runs.

On January 18, 2019, Vijay Shankar made his ODI debut against Australia. Again, like his T20I debut, he didn’t get the chance to bat but bowled 6 overs in the match. 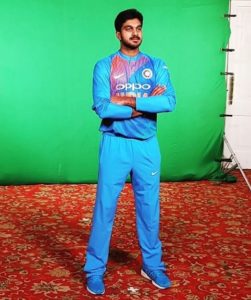 He was also part of the 2019 ICC World Cup. On June 16, 2019, he played his first world cup match against Pakistan to replace the injured Shikhar Dhawan. He even got his first over because of another injured player (Bhuvaneshwar Kumar).

Another interesting fact is that he got a wicket on the first ball of his first world cup match. He took two crucial wickets in the game and remained not-out at the score of 15.

In the IPL 2014, Vijay Shankar played only 1 match for the Chennai Super Kings. CSK again signed him for the IPL 2015 & 2016 seasons, but he couldn’t manage a place in the playing XI.

Sunrisers Hyderabad signed him for the 2017 IPL. He scored a total of 101 runs at an average of 50.50 in the 4 matches he played in the tournament. 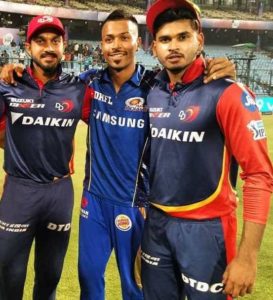 Later, Delhi Daredevils bought him at the IPL auction for the 2018 season. He played 13 matches in the tournament and scored 212 runs in it.

Shankar was traded back to the SRH for the IPL 2019. In this season, he managed to score 244 runs in 15 matches under the captainship of Kane Williamson and Bhuvneshwar Kumar. Delhi Capitals bought him at the price of 3.20 crores (INR) for the 2020 IPL.

Q1: Where is the hometown of Shankar??

Q2: What is the height of Shankar?

Q3: What is the age of Vijay Shankar?

Q4: Who is the wife of Vijay Shankar?

Q5: Is Vijay Shankar a Brahmin?

Ans: Yes, he belongs to a Brahmin family.

Hope you liked the Biography of Vijay Shankar and if you have any query related to it, then definitely tell us in the comment box.