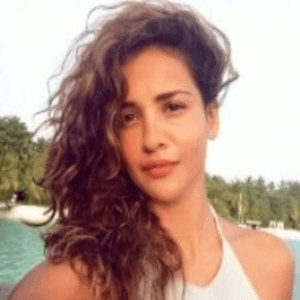 Aisha Sharma was born on January 24, 1989, in Bhagalpur, Bihar. Her Father, Ajeet Sharma, is a former businessman who once had the owner’s right of a petrol-pump in Bhagalpur. He is a member of the Indian National Congress Party & current MLA from Bhagalpur since 2014. Her mother’s name is Vibha Sharma. Aisha has a brother Vaibhav Sharma and 2 sisters, Reetika & Neha Sharma. Aisha’s elder sister Neha Sharma is a renowned Bollywood and South-Indian film Actress. Education: She did her schooling from Springdales School, Delhi. Later she completed her graduation in Biotechnology from Amity School of Engineering, Noida.

She spent most of her childhood with her grandparents in Delhi. After completing her school, she joined Amity School of Engineering. But soon she realized that she doesn’t want to be an engineer. Aisha told her mother about the fact that she wants to be a model, not an engineer. So her mother encouraged her to also complete her degree, so she started modeling along with her engineering course. 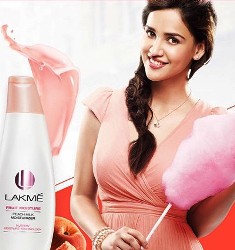 Aisha started modeling with Lakme and was officially announced as the face of Lakme the year 2014. She was also the face of Royal Challange. Initially, Aisha doesn’t have any plan to join the acting field, but her sister Neha’s appearance in movies fascinated her to do the same. So, she started giving auditions but got rejected most of the time. Once she got an opportunity to work in Puri Jagganadh’s Rogue movie, but after completing the first schedule of the movie she walked out of the project because of her dates issue. 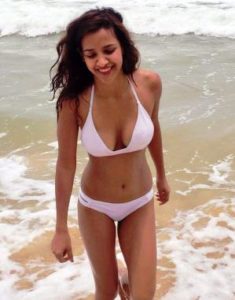 Later, Aisha Sharma featured in the 14th edition of the Kingfisher Calendar, the Kingfisher calendar 2016 along with Aishwarya Sushmita, Maya Hendricks, Noyonita Lodh and Sushrii Shreya Mishra. Being a Kingfisher Calendar girl, Aisha started getting projects in more numbers. She endorsed popular brands like Pepsi, Lakme, and Cadbury 5 star chocolate. Sharma was also offered for Bollywood movie Namaste London, opposite Akshay Kumar, but things didn’t go well and she opted-out of the project. In 2018, Aisha Sharma made her debut in the film industry with Bollywood movie Satyamev Jayate. She was in the main lead of the movie along with John Abraham, Manoj Bajpayee, and Amruta Khanvikar.

Aisha has a great love for tattoos. She has some tattoos on her body. She has a tattoo on her neck, which says “Fly Bird”. The other tattoo of “Joy” on the middle finger of her left hand. 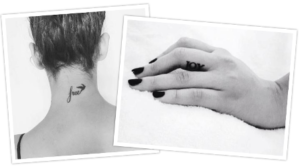 There’s also a heart-shaped tattoo on her wrist. 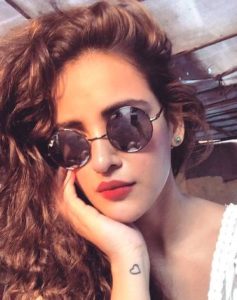 Hope you liked the Biography of a model & actress Aisha Sharma and if you have any query related to it, then definitely tell us in the comment box. If you find this post-share-worthy, kindly share it with your friends and the loved ones. Thank you.