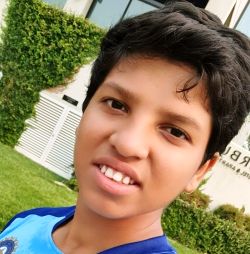 Richa Ghosh Biography – A cricketer who started playing at 5, and made her international debut just at the age of 16!

Richa Ghosh was born on September 28, 2003, in Siliguri, West Bengal. Her father, Manabendra Ghosh, is a cricket umpire. Her mother, Swapna Ghosh, is a homemaker. She has an elder sister named Shomasree Ghosh, pursuing Media Science.

Her father is a former club cricketer who later became a cricket umpire. She used to go with her father to watch him playing cricket, and that’s how she found her interest in cricket. At the age of four, she got admitted to Baghajatin Athletic Club, where she learned the basics of the sport. 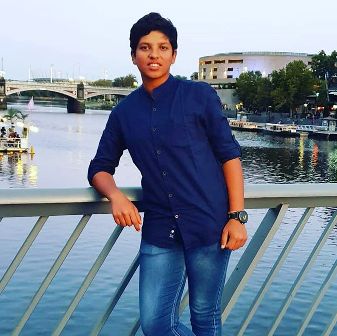 Richa Ghosh is a Margaret (Sister Nivedita) English School student. She missed her Boards’ exam because she was preparing for the 2020 ICC women’s cricket world cup.

Later, in February 2020, Ghosh earned her place in the Indian side for the 2020 ICC women’s Cricket World Cup.

The same month, Ghosh made her international debut under the captainship of Harmanpreet Kaur. She played her debut match against Australia in the  Australia Tri-Nation Women’s T20 Series, where she scored 17 runs off 23 balls.

On February 24, 2020, she played her first world cup match against Bangladesh, in which she scored 14 runs off 14 balls. In the T20 world cup 2020 final, she replaced Taniya Bhatia and played as the first concussion substitute in a T20I match.

Q1: What is the age of Richa Ghosh?

Q2: Who is the father of Ghosh?

Q3: What is the height of Richa Ghosh?

Q4: Where is the hometown of Richa?

I hope you liked the Biography of Richa Ghosh and if you have any queries regarding this post, kindly let us know in the comment box.