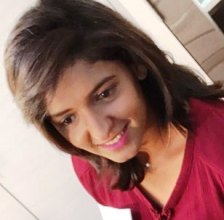 Harmanpreet Kaur Biography – One of the finest Indian woman cricketers who fulfilled her dream at the age of 20! 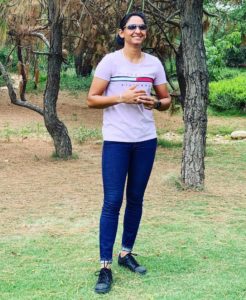 Harmanpreet Kaur was born on March 8, 1989, in Moga, Punjab. Her father, Harmandar Singh Bhullar, is a Clerk at the local Court. And her mother, Satwinder Kaur, is a homemaker.

She started playing cricket from an early age and always wanted to play it for the country. Her parents are great cricket enthusiasts, so they instantly supported her decision to play cricket.

When she was 10 years old, Mr. Kamaldeep Singh Sodhi saw her playing cricket with the boys and greatly influenced by her playing style. Later, Sodhi enrolled her in his academy named Gian Jyoti School and started working on her techniques.

In Harman’s cricket journey, her coach, Sodhi, played a vital role, as he provided her all the necessary things, from her training to the kits she required for practice. He was also her school principal.

At the age of 20, Harmanpreet Kaur made her ODI debut on March 7, 2009, in ICC Women’sWomen’s World Cup against Pakistan. She didn’t get the chance to bat; although her bowling figures were quite impressive in the game, her stats were 0/ 10 in four overs at an economy of 2.50. 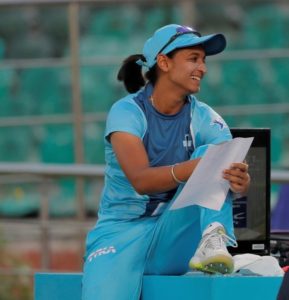 In 2012, she was named the Captain of India’s Women’s Twenty-20 Asia Cup as Mithali Raj got ruled out of the tournament due to her injury. Later, in March 2013, she also became the ODI captain of the team. 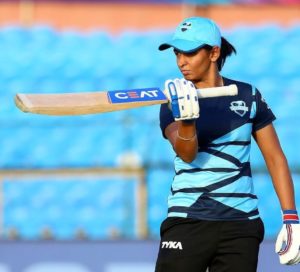 In August 2014, She made her International Test Debut against England, in which she scored 9 runs in the first innings and got out on 0 in the second innings.

Kaur is the first Indian cricketer to be signed in an overseas T20 league. Sydney Thunders signed her for the Women’s Big Bash League 2016-17 season. She also won the Player of the Tournament award of that season. 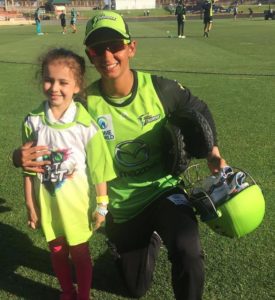 In women’s World Cup history, she has the record of the highest individual score of 171* runs for India.

In July 2017,  she became the only second Indian batswoman who ranked in the ‘Top 10’ of the ICC Women’s ODI Player ranking. Mithali Raj was the first to do so.

She gave some splendid performances in 2017; as a result, she was nominated in the ICC Women’sWomen’s T20 team of the year 2017.

In June 2018, she became the second Indian woman cricketer after Smriti Mandhana, who signed for Kia Premier League (Organised by England Cricket Board). She played for the Lancashire Thunder in the tournament. 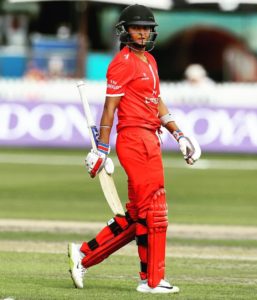 In 2018, Harman became the first Indian Women Cricketer who scored a century in a T20I match. She smashed 103 runs against New Zealand in the 2018 ICC Women’s World T20 tournament. 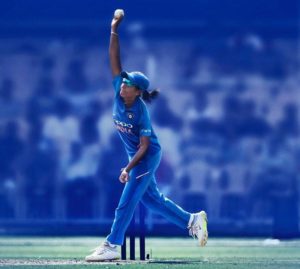 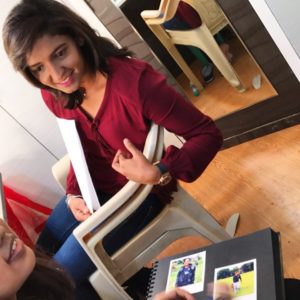 Q1: Who is the husband of Harmanpreet Kaur?

Ans: She is not married yet.

Q2: What is the age of Harmanpreet Kaur?

Q4: What is the height of Harmanpreet Kaur?

Hope you liked the Biography of Harmanpreet Kaur and if you have any query related to it, tell us in the comment box.