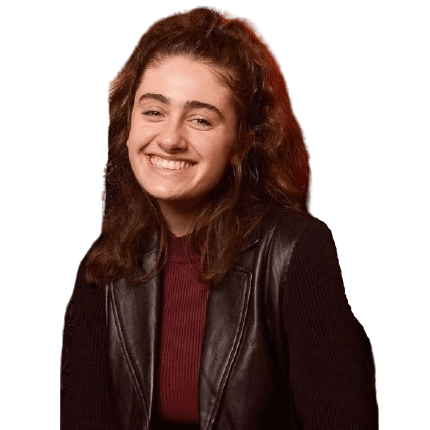 Her mother’s name is Donna Sennott.

She has a sister named Anna Sennott and a brother, Brian Sennott.

She completed her high school at Simsbury High School in 2014. Then, she joined New York-based Tisch School of the Arts, where she learned acting and graduated from college in the year 2017.

How did Sennott start doing stand-up comedy? Well, it all started from her first year of college when she attended NYU Tisch School and started dating a guy. And that guy was a comic (that’s what he said to her) who used to perform at open mics (this is what she said in an interview).

Just in case if you don’t know, Comedy open mics are sort of clubs where anyone can test their material with a live audience of around 20-30 people. And, according to the people’s reactions, comedians can make changes in their material before performing in front of a bigger audience. 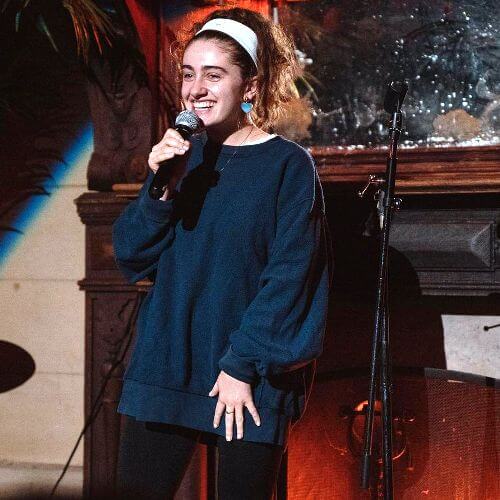 So, she started visiting the comedy clubs with her boyfriend, and eventually, she also started performing there. The audience loved her stuff, and then she kept performing there regularly.

Meanwhile, she was also writing sketches, tweeting random funny bits, and making short videos. Basically, she was studying, acting, writing, and performing at the same time. And the consistency in all those things helped her significantly after she passed out from college.

The Career of Actress & Comedian Sennott:

In 2016, she made her appearance in a TV movie called Unbalanced, in which she played the role of a character named Elena. The same year, she appeared in one of the episodes of Bromance, a comedy TV series.

When she was still at Tisch, she acted in a short film titled Shiva Baby. She played the role of Danielle in the movie, released in 2018. Soon, she literally started putting multiple (obviously sarcastic) tweets per day on Twitter to make her reach more and more people.

All those things actually worked in her favor, as she got her first show called It’s A Guy Thing. The same year, in 2018, she appeared in High Maintenance, an American comedy TV series.

Then, in 2019, she appeared in two short movies named Wakey Wakey and Tabitha in Love. Also, she did a mini-series that year called Stuck in The Mall.

The following year, in 2020, she starred in Tahara along with Madeline Grey DeFreece. Soon, Sennott appeared in Comedy Central’s web series Ayo and Rachel Are Single. She also appeared in two other shows – Taking the Stage and Speak Up.

In 2020, the comedian featured in Shiva Baby, playing the lead role of Danielle in the movie. Then, in 2021, she appeared in The Basics. She’s currently playing the role of Jackie Raines in a sitcom titled Call Your Mother.

Q1: Who are the siblings of Rachel Sennott?

Q2: How tall is Rachel Sennott?

Q3: What is the age of Rachel Sennott?

Q4: Who is the boyfriend of Rachel Sennott?

I hope you liked the Biography of Rachel Sennott and if you have any queries regarding this post, kindly let us know in the comment box.