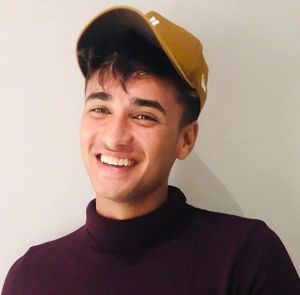 Abhishek Sharma Biography – A hard-hitting left-hand allrounder from Punjab who started playing cricket at the age of 3!

Abhishek Sharma was born on September 04, 1994, in Amritsar, Punjab, India. His father, Raj Kumar Sharma, is a Banker employed at Bank of India, Amritsar. Also, he’s a cricket coach too.

His mother’s name is Manju Sharma.

He has two sisters named Sania and Komal Sharma. Abhishek is the youngest among the siblings.

He did his schooling at Delhi Public School (DPS), Delhi.

Abhishek Sharma started playing cricket from the age of 3 only, obviously not so serious cricket. But, he had some cricket connection already, as his father, Raj Kumar, used to play cricket for Punjab at the domestic level. His father was a slow left-arm spinner and had played for the North Zone in the 1985-86 Vijay Hazare Trophy’s finale. 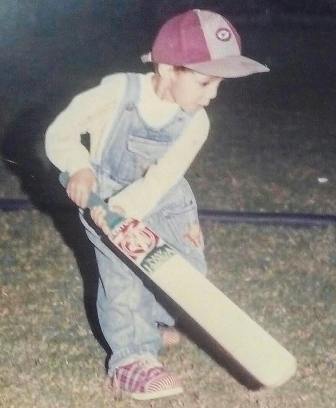 He then started playing serious cricket under his father’s guidance at Gandhi Sports Complex Club. Soon, he made his name in the age-level cricket for Punjab. Abhishek has also played for India’s under-15s team. He scored a brilliant century on his under-19s debut in the Vinoo Makad Trophy.

Later, Sharma became the captain of the India Under-16s team. And, then soon led the Indian under-19s side to win the 2016-17 Asia Cup title.

He also earned the man-of-the-match award in the final of the Asia Cup for pulling the four crucial wickets of the Srilanka Under-19s team. 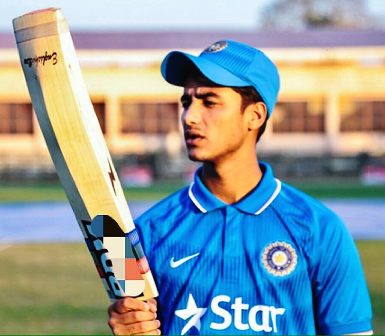 Abhishek was also part of the 2018 under-19s world cup winning team. He didn’t get much to bat in the tournament. However, he did score a fifty against Bangladesh in the quarter-final.

Abhishek Sharma made his List-A debut on February 25, 2017, with his friend Shubman Gill for Punjab. He picked two wickets and scored 46 runs on the debut match against Vidarbha. 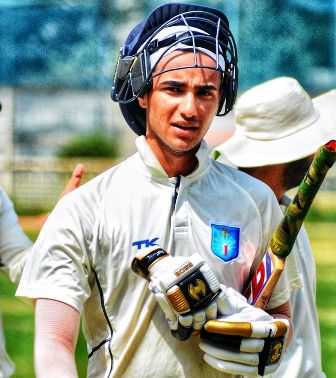 Later, on October 06, 2019, he made his first-class debut against Himachal Pradesh. He scored a brilliant inning of 94 runs, including 13 fours and a six. He also picked one wicket in the match.

Delhi Daredevils (now Delhi Capitals) picked Abhishek Sharma at the 2018 IPL auction for 55 lakhs. He played his match for the DC against the Royal Challengers Bangalore, in which he scored unbeaten 46 runs, including three fours and four sixes.

The next year, Delhi traded him, along with Shahbaz Nadeem and Vijay Shankar, to Sunrisers Hyderabad in the exchange of Shikhar Dhawan.

Sharma made his IPL debut for SRH on April 15, 2018, against his previous team, Delhi Capitals. He made two runs in the match and also picked his maiden IPL wicket in the form of Colin Munro.

Q1: What is the age of Abhishek?

Q2: What is the height of Abhishek Sharma?

Q3: Who is the girlfriend of Abhishek Sharma?

I hope you liked the Biography of cricketer Abhishek Sharma and if you have any queries regarding this post, let us know in the comment box.