Gigi Hadid Biography – Read how the ‘Gigi’ storm came into modeling and achieved great heights at a very young age!

Gigi Hadid was born on April 23, 1995, in Los Angeles and raised in Santa Barbara. Her father, Mohamed Anwar Hadid, is a real estate developer and is of Palestinian origin. Her mother, Yolanda Hadid, is a former model and well-known television personality of American-Dutch descent.

Her parents got divorced in the year 2000. Later, her mother married Canadian musician David Foster in 2011 and then departed apart in 2017.

She has two siblings – Bella Hadid and Anwar Hadid, who are also in the modeling field. Gigi and Bella have appeared together in some modeling appearances. She also has two elder half-sisters named Alana and Marielle from her father’s side.

She did her graduation from Malibu High School and later moved to New York for her further studies. She then attended The New School, where she studied criminal psychology. But to follow her dreams as a Model, she suspended her studies.

Hadid started her modeling career at the age of 2 years after Paul Marciano, co-founder of Guess (a clothing company), discovered her. So she started modeling for ‘Baby Guess.’ But she soon stopped as she got enrolled in High school. She was the captain of the volleyball team and a competitive horseback rider. 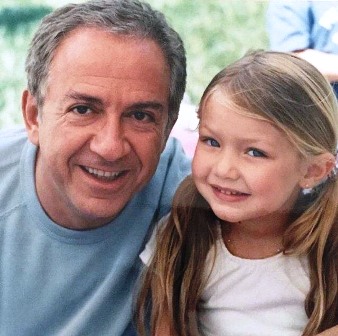 Later, at the age of 15, Hadid returned to modeling and resumed working with Guess. A year later, in 2012, she was named as the face of the Guess campaign. She also shot three campaigns with the brand as an adult.

In 2013, IMG, an international modeling agency, signed her when she was just 17. In her deal with the agency, in an interview, she said, “My mom wouldn’t let me sign with an agency until I was 17. So that’s how I got back into it.”

The ‘Gigi Storm’ in Modeling:

After signing with the agency, Gigi Hadid made her New York Fashion Week debut aged 18 in February 2014 at Desigual. Subsequently, she got her big break in high fashion on the 2014 installment of CR Fashion Book titled “American Fairy Tale.”

In the same year, she appeared in Tom Ford’s eyewear campaign alongside the actor and model Patrick Schwarzenegger. She has also starred in other Tom Ford campaigns in 2014. 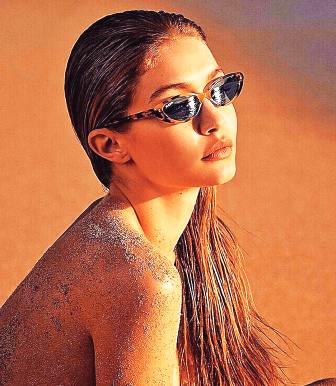 She then worked with many designers, including Marc Jacobs, Michael Kors, and Max Mara. She appeared on popular magazine covers like Vogue, Teen Vogue, Allure, W Magazine, etc. Later, in December 2016, she appeared in her first Victoria’s Secret Fashion Show.

In 2016, she was named the global brand ambassador for Tommy Hilfiger’s campaigns for apparel and fragrances. She also co-designed a capsule collection with Tommy Hilfiger termed ‘Gigi,’ released at the New York Fashion Week Show in 2016.

She also endorsed other brands like Reebok and BMW that year. Subsequently, she appeared in the Victoria’s Secret Fashion Show for the second time, earning her wings for the first time. 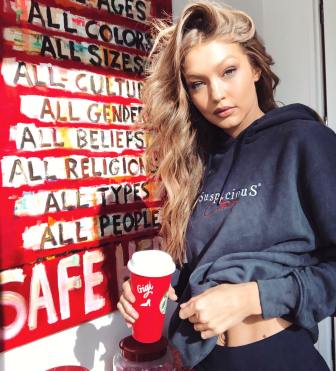 Hadid and Tommy Hilfinger presented their second ready-to-wear collection for the spring season in February 2017. The same year, Gigi also appeared with her sibling Bella in Fendi and Moschino spring campaigns.

She then released her first season of a new collaboration with Vogue Eyewear and Messika Jewelry. Its second season was released in the year 2018. She also collaborated with Reebok to design sneakers for them in 2019.

Apart from modeling Gigi Hadid has also appeared in Television shows and short movies. She made her acting debut in 2011 by Virgin Eyes. Later, she appeared in two more short films titled Those Who Wrecked by Success and Pirelli Calendar.

She also did a cameo in the comedy film Ocean’s 8. She also appeared in some reality shows like The Real Housewives of Beverly Hills, Master Chef, Lip Sync Battle, etc. Here’s the complete list-

Who is Gigi Hadid’s boyfriend?

Before that, here’s a quick flashback of her ‘On and Off’ Relationship.

Gigi Hadid and Australian singer Cody Simpson started dating each other in 2013 and mutually decided to end it in 2015. She also appeared in Cody’s music video ‘Surfboard’ in 2014.

Later Gigi started dating Zayn Malik. In 2016, she appeared in Malik’s music video, Pillowtalk, as his girlfriend. In August 2017, they appeared together on Vogue’s cover. Later, they worked together in Versace’s campaign.

In March 2018, they ended their relationship, which they confirmed later on their social media accounts. Gigi and Zayn Malik reunited again in June and split again in November 2018.

The couple gets back together once again, as they were seen together after a long time at Gigi’s mother’s birthday party in January 2020.

In April 2020, she confirmed that she is pregnant with Zayn and expecting their first child soon. Gigi gave birth to a baby girl in late 2020. The couple decided to name their daughter – Khai. However, Gigi and Zayn split once again in 2021. 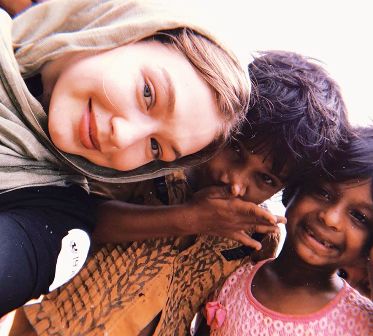 Q1: Who is Gigi Hadid dating?

Ans: Hadid was in relationship with singer and songwriter Zayn Malik.

Q2: How tall is Gigi Hadid?

Q4: Who are the siblings of Gigi Hadid?

Q5: What is the weight of Gigi?

Ans: $9.5 million (According to some Independent Digital Sources) in 2019.

I hope you liked the story of heights that Gigi Hadid has achieved so far at that age and if you have any queries regarding this post, let us know in the comment box.