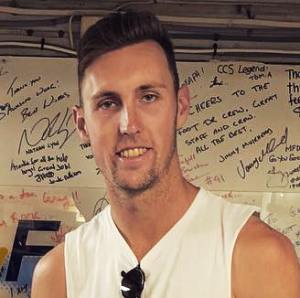 Billy Stanlake – A furious 6ft. 8″ Australian bowler who can consistently bowl at the speed of  150 Kmph!

Billy Stanlake was born on November 04, 1994, in Queensland, Australia. His father, Warren Stanlake, is a former Australian Rules Football player who has played one professional match for the Footscray Football Club.

His mother’s name is Robyn Stanlake.

His brother has played for the Gold Coast Suns, a professional Australian Rules Football Club, in 2011. Jack has also represented the Dolphins cricket team in QCA.

He lived his initial years on the Fraser Coast, where he used to play Aussie Rules along with his elder brother. Later, his family shifted to the Gold Coast, where he started playing cricket.

He did his schooling at The Southport School, Queensland, Australia.

On September 29, 2011, Billy made his under-19 ODI debut for Australia against the West Indies under-19 team in a Quadrangular series held in India. He took one wicket in the match and bowled three overs with an economy of 6.00.

In 2012, he was selected as a part of the under-19 world cup squad but, unfortunately, didn’t play any game because of his foot injury. The following year, he played for Queensland in the under-19 National Championships, where he picked 14 wickets in just three matches.

Later, in 2014, he was again selected as a part of the under-19 world cup squad. He played four matches and took five wickets in the tournament.

On October 05, 2015, he played his first List-A match for Queensland against Tasmania in the Matador BBQs One-Day Cup. He bowled nine overs in the game but couldn’t get any wicket. 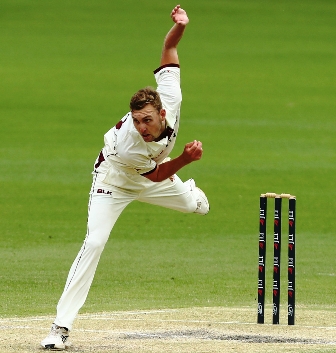 On January 13, 2017, Stanlake made his ODI debut for Australia against Pakistan. He bowled three overs in the match but didn’t get any wicket. 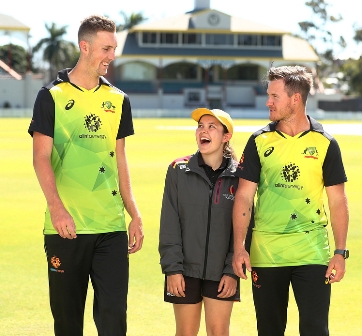 Soon, on February 17, he made his T20I debut against Srilanka.

Stanlake is signed with the Adelaide Strikers at least till the 10th edition of the BBL. He played his first BBL match for the Strikers in 2016 against Sydney Thunder, in which he picked the wicket of Shaun Marsh, elder brother of Mitchell Marsh.

In his next season of the BBL, he played four matches and picked five wickets.

Then, RCB bought Billy Stanlake for Rs. 30 lakh at the 2017 IPL auction. He made his IPL debut against the Deccan Chargers. His debut IPL wicket is Sanju Samson. 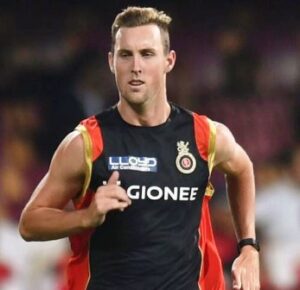 Later, in BBL 2017, he played ten matches for the team and picked 11 wickets in the tournament at an economy of 6.47.

In the IPL 2018 season, he played for the Sunrisers Hyderabad (SRH), as they bought him for Rs. 50 lakh at the auction. He played four matches and also took four wickets in that season. He’ll be playing for the same team in the 2020 IPL. 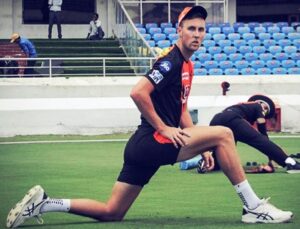 Then, in the 8th edition of the BBL, Billy played 11 matches and picked 11 wickets with the best bowling figure of 2-27. And, in the next edition, he played the same number of games but picked four wickets only.

Q1: What is the jersey number of Stanlake?

Q2: Who is the wife of Billy Stanlake?

Ans: He’s not married yet.

Q3: What is the height of Billy Stanlake?

Q4: To what speed Stanlake can bowl up to?

I hope you liked the Biography of Billy Stanlake and if you have any queries regarding this post, then let us know in the comment box.