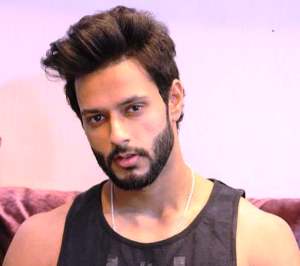 Shivam Dube Biography – Hard-hitting Indian batting allrounder who started playing cricket at the age of 5, stopped at 13, and then started at 19!

Shivam Dube was born on June 26, 1993, in Mumbai, India. His father, Rajesh Dube, is a businessman who used to be a wrestler in his youth.

His mother, Madhuri Dube, is a homemaker.

He has an elder sister named Pooja Dube.

He was brought up in Mumbai, but he is originally from Uttar Pradesh, as his family moved to Maharashtra from Bhadohi.

He started playing cricket at a very young age. Soon, his father recognized his talent and enrolled him in Chandrakant Pant Cricket Academy.

Later, he started playing school-level cricket. Even once, he helped his school team win the title of under-14 Giles Shield, but soon, he was left out of the team due to his overweight.

After five years of hard training, he stopped playing cricket till he made his comeback at the age of 19. All thanks to his father, who kept motivating him to work hard in those five years.

His father is a businessman who had a garment factory that he put on a lease so that his son could get all the cricket-related facilities he wanted back then. 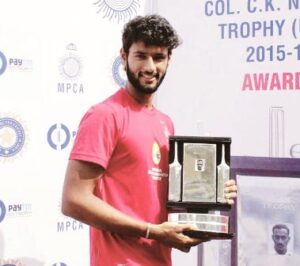 After lots of training and shedding all his “overweight,” he finally made a comeback into cricket at 19 with around 75 kg weight. Then, he joined Karnatak Sporting Association, where he started playing under Satish Samant.

Meanwhile, he also used to practice on their self-made cricket pitch in his backyard. There, his father used to throw balls at him for approx eight hours daily.

He did his schooling at Hansraj Morarji Public School, Mumbai. He completed his graduation from Mumbai’s Rizvi College.

After making his comeback, he started playing cricket for Karnataka Sporting Club. Then, he played a lot of Club matches and soon became a well-renowned hard-hitting batsman among the club cricketers.

Later, he played some brilliant cricket at the Mitsui Shoji T20 League, making him play cricket for Mumbai.

On January 18, 2016, he made his T20 debut for Mumbai against Baroda in Syed Mushtaq Ali Trophy. He remained not out at 21, along with Suryakumar Yadav, who scored 57. 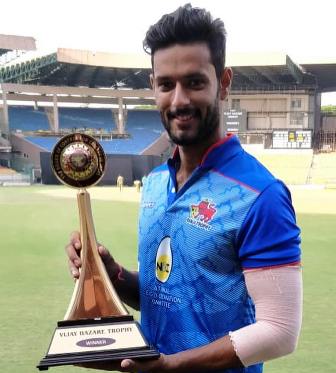 Later, on February 26, 2017, he started his List-A career against Rajasthan. He didn’t get the chance to bat in the match; however, he did pick two crucial wickets for his team.

The same year, on December 17, Dube made his First-Class debut opposite Karnataka. He made seven runs in the first innings and hammered 71 runs, including seven fours and four sixes, in the second innings. He also took five wickets in the match.

On November 03, 2019, Shivam Dube made his T20I debut for India against Bangladesh. It wasn’t a good start for him, as he got out at the score of 1 run. 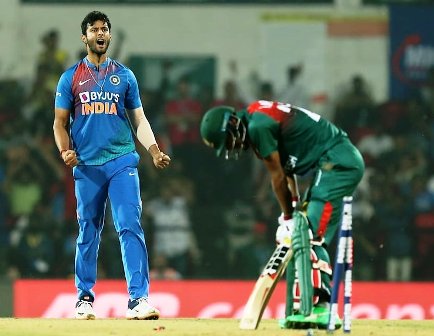 Later, in December, he played his first and only ODI match for India against West Indies. He scored nine runs and also bowled seven overs but couldn’t get any wicket in the game.

He played four matches and scored 40 runs in the tournament, with the highest 24 runs against the Delhi Capitals. Later, Rajasthan Royals bought him at Rs. 4.4 crore at the auction ahead of the 2021 IPL.

Q1: What is the jersey number of Dube?

Q2: Who is the wife of Shivam Dube?

Q3: What is the height of Shivam Dube?

Q4: Where is the hometown of Dube?

Ans: He is originally from UP; however, he was raised in Mumbai, Maharashtra.

I hope you liked the Biography of Shivam Dube and if you have any queries regarding this post, then let us know in the comment box.