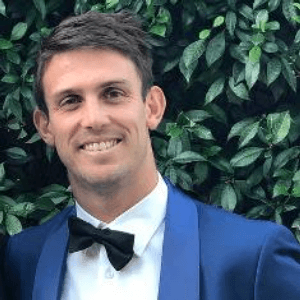 Mitchell Marsh Biography – The allrounder aka ‘Bison’ of the Australian Cricket!

Mitchell Marsh was born on October 20, 1991, in Attadale, Perth. His father, Geoff Marsh, is a former Australian cricketer, coach, and selector. He was Australia’s cricket team coach from 1996 -1999.

He has an elder sister, Melissa Marsh, a former basketball player. She played 266 WNBL games and over 250 SBL games before retiring in 2014.

Mitch’s older brother Shaun Marsh, is also a well-known international cricketer. He’s a left-handed opening batsman of Australia who represented the side in all three game formats. Mitch is engaged to Greta Mack.

Before entering the cricket field, he had a very keen interest in the Australian football game, known as Australian rules football. He played for Western Australia in the 2008 AFL National Under-18 Championships.

Later, he attended Perth’s Wesley College. Soon he made his senior debut for the state cricket team at the age of 17 and became the youngest player to play in the Australian Domestic ODI tournament.

Due to the Land Reform Policy in Zimbabwe, the Curran family had to leave their house. So, Geoff Marsh invited his assistant, Kevin, to shift his family to their place. Kevin was the late father of cricketers Sam Curran, Ben Curran, and Tom Curran, who died due to a sudden heart attack in 2012.

Then, Sam, Ben & Tom played a lot of garden cricket along with Mitchell and Shaun Marsh for the next three years, and then later moved to Surrey. Except for Ben, they all represented their sides in international cricket. Ben is an opening batsman for Northamptonshire.

Mitch and Sam played against each other in the 2019 Ashes; more than that, Mitch Marsh took the wicket of Sam Curran in the last test of the series.

On February 08, 2009, Mitch Marsh started his List-A career for Western Australia against South Australia in Ford Ranger Cup at Bunbury. He scored ten runs in the match before getting out by Daniel Christian. Soon in March, he played for Australia’s Under-19 cricket team against India. 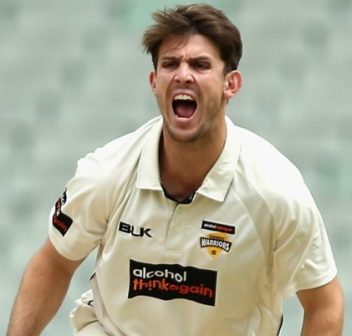 In November 2009, he made his First-Class debut against New South Wales in the Sheffield Shield series at Perth. He remained not out for 59 runs, including ten fours and a six in the first innings, and was dismissed by Bollinger at 17 runs in the second innings.

In December, Mitch made his T-20 debut opposite South Australia in the Twenty20 Big Bash series in the same year. After that, in 2010, he was named as the captain of the U-19 team for the 2010 Under-19 World Cup. He led his side to win the trophy that year.

On October 16, 2011, Marsh made his International debut by playing in the T20I match opposite South Africa at Johannesburg. He smashed 36 runs, including four sixes in the game. 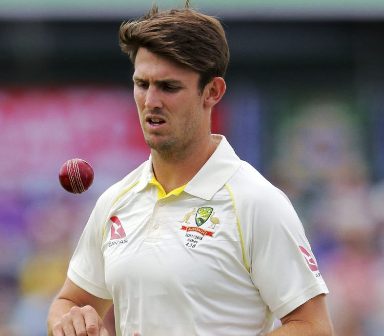 Subsequently, on October 19, he made his ODI debut against the same team. He remained not out at the score of 5 and took his maiden international wicket in the form of Hashim Amla. He bowled four overs in the match and conceded 19 runs in it.

Three years later, he made his Test debut versus Pakistan in Dubai. He scored 27 and 3 runs in the first and second innings, respectively, and was dismissed by Zulfiqar Babar in both innings. He also bowled 24 overs in the match but couldn’t get any wicket.

Perth Scorchers signed him for the 2011-12 BBL season, and since then, he’s been a regular player of the team. He played in 9 matches in his first-ever Big Bash League, in which he scored 309 runs with an average of 51.50. 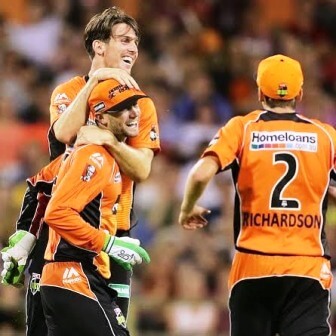 Deccan Chargers signed him for the 2010 IPL, in which he played just three matches for the team. Next year, Pune Warriors signed him. He played five games in the tournament in which he took seven wickets, and in 3 innings, he scored 50 runs with the bat.

Marsh played the 2013 IPL for the same team and played nine matches. He picked seven wickets in the tournament and scored 141 runs at a strike rate of 132.81 in 8 innings. 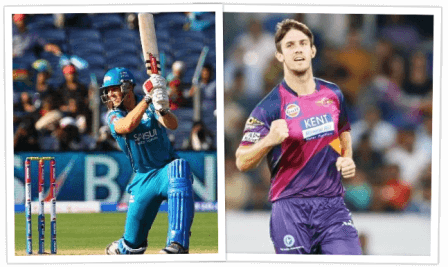 Later, in the 2016 IPL season, he played for the Rising Pune Supergiants (RPS) with MS Dhoni, Deepak Chahar, S Smith, and Rahul Chahar.

Then, Sunrisers Hyderabad (SRH) bought Mitchell Marsh for the IPL 2020 at the price of two crores (INR). He joined the camp of plyers like Kane Williamson, Rashid Khan, Vijay Shankar, and David Warner. He made his debut for SRH on September 22, 2020; however, he injured his leg on the same day and missed the rest of the tournament.

Q2: What is the height of Mitchell Marsh?

Q3: Who is the wife of Mitchell Marsh?

Ans: Yes, they are real brothers.

I hope you liked the Biography of Mitchell Marsh and if you have any queries regarding this post, kindly let us know in the comment box.