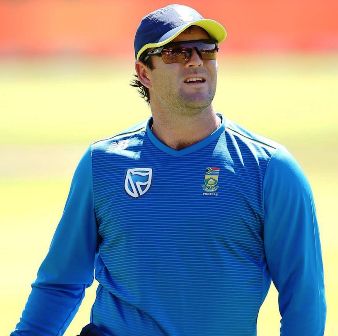 JJ’s father’s name is Neil Smuts, and his mother’s name is Diane Smuts. He has a brother, Kelly Smuts, who is also a cricketer. Kelly is currently playing for Eastern Province at the domestic level.

JJ Smuts’ wife’s name is Judy Smuts. He and Judy have been married since 2014.

The couple has two daughters, Chloe and Daisy, and a son named Brody Smuts.

JJ Smuts was born on the 21st of September 1988 in Cape Province, South Africa. He started playing cricket at a very young age when he first saw his father playing it.

He would play with his younger brother, Kelly, in their backyard. Even their father used to throw balls at them a lot. Later, he moved to Graeme College for high schooling, where he continued playing cricket as a batsman.

Then, on February 18, he played his first world cup match opposite West Indies. He made a total of 163 runs in the six games he played in the world cup. 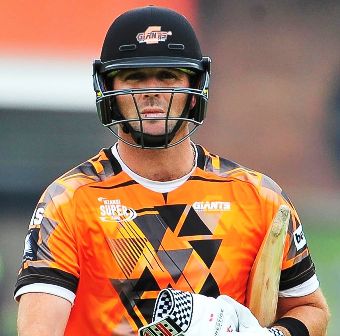 On February 15, 2007, JJ made his First-Class debut for Eastern Province against KwaZulu-Natal. His debut match didn’t go well, as he could only score two runs in the first innings and four runs in the second innings.

In the same year, he made his List-A debut opposite Border. Unlike his first-class debut, he made fifty runs on his list-A debut. A year later, in March 2008, he made his T20 debut for Warriors.

On January 20, 2017, he made his international debut for South Africa against Sri Lanka, where he made 13 runs off eight balls. South Africa’s fast bowler, Lungi Ngidi, also made his T20I debut on the same day.

Later, on February 4, 2020, JJ made his ODI debut with his Lutho Sipamla, England’s Tom Banton, and Matt Parkinson. He remained not out at the score of 7 and also picked the wicket of Jason Roy in that match.

Q2: Who is the father of Smuts?

I hope you liked the Biography of JJ Smuts and if you have any queries regarding this post, let us know in the comment box.