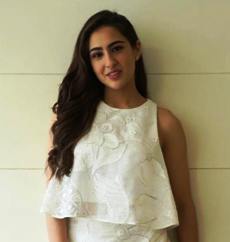 Sara Ali Khan Biography – From being a Chubby girl to the slender star!

She was born to the Indian film actress Amrita Singh & actor Saif Ali Khan. Sara has a younger brother named Ibrahim Ali Khan, who also wants to become an actor.

She did her schooling at Dhirubhai Ambani International School, Mumbai & Besant Montessori School, Mumbai.
In 2016, she graduated from Columbia University (New York) in Law & Political Science.

Sara Ali is a mother’s girl:

Sara Ali Khan’s mother, Amrita Singh, and her father, Saif Ali Khan, mutually separated in 2004. She was 9 at that time. Court gave Amrita Singh the responsibility of taking care of Sara and Ibrahim. At the same time, Saif didn’t have permission to meet them. So, her early life was mostly spent with her mother.

She is as cheerful as her mother. According to her, she always takes advice from her mother before making any decision.

She is very close to her mother; she said in an interview, “My mother knows everything about me and wants to live the rest of my life with her.”

Khan’s Bonding with her step-mother:

Sara Ali once said, “she is a big fan of Kareena Kapoor & sometimes gets surprised that ‘Poo’ is her step-mother and wants the kind of professionalism Kareena has.”

Even Kareena has similar kinds of thoughts for her. According to her, “Sara Ali Khan is a beauty with the brain, and she has a bright future ahead.”

At the age of 4, she appeared in a TV advertisement. She was one of the brightest students in her school in Mumbai & later moved to New York for her further studies.

Initially, she wanted to be a Lawyer or Doctor. But, in her second year of college, she changed her mind and decided to become an actress. However, her parents asked her to first complete her studies.

She weighed about 95-96 Kgs at that time. She was struggling with Polycystic Ovary Syndrome (PCOS) or Polycystic Ovary Disease (PCOD). That much gain of weight were the consequences of the disease and some of her own food habits. 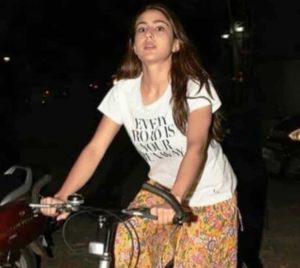 But her dream was to get into the Bollywood, so she started strict diets plus regular workout and shed almost 40 kgs then.

If you don’t know, PCOD is a disease or syndrome in which a woman’s hormones get out of balance that causes irregular periods or no periods, excessive weight gain, facial and body hair growth, etc.

At the age of 23, Sara Ali Khan made her Bollywood debut with the movie Kedarnath. She played the role of Mandakini (or Mukku) in the film, living in Kedarnath, who falls in love with Mansoor (played by late Sushant Singh Rajput).

She got lauded by the film critics and audiences for her performance in the debut movie and also won the Filmfare award for the Best Debut (Female) for Kedarnath movie. 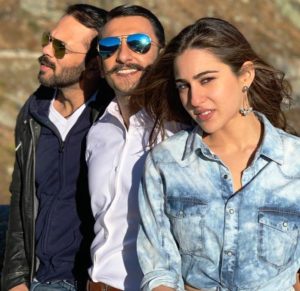 She played the character associated with a catering business, and Ranveer played the role of a Cop. She then appeared in Imtiaz Ali’s sequel of Love Aaj Kal, opposite Kartik Aryan, released on February 14, 2020. 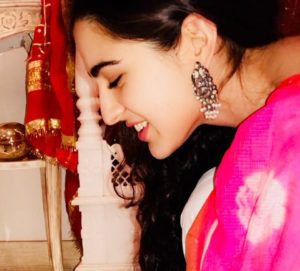 She will appear in David Dhawan’s sequel of Coolie No. 1 alongside Varun Dhawan. Her other upcoming movie is Atrangi Re, starring Dhanush and Akshay Kumar. 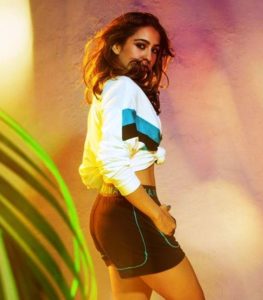 Q2: What is the height of Sara Ali?

Ans: She was suffering from PCOS/PCOD, but later she has diagnosed with the disease with a strict diet & regular workout, and that’s how she managed to lose her weight.

Q5: What is the religion of Sara?

Q6: Who is the boyfriend of Sara Ali Khan?

Hope you liked the Biography of Sara Ali Khan & her inspiring story of weight loss. If you have any queries related to it, then definitely tell us in the comment box.