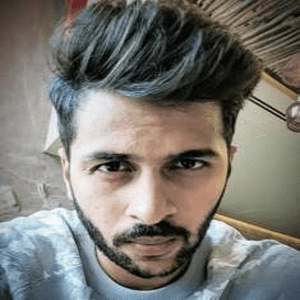 Shardul Thakur Biography – Once trolled for wearing the jersey number of the ‘god of cricket’ to being known as the ‘Lord’ himself!

Shardul Thakur was born on the 16th of October in 1991 in Palghar, Maharashtra.

He has an elder sister.

He did his schooling at Tarapur Vidya Mandir and Swami Vivekanand International School. He has completed his graduation from Khalsa College in 2012.

Thakur used to travel 90 km from his house in Palghar to Mumbai every day to practice cricket, the reason he is known as ‘Palghar Express’ in the local circles.

In 2006, he smashed six sixes in an over while playing for his school team, i.e., Swami Vivekanand School, in the Harris Shield Schools cricket tournament. He scored 160 runs off 73 balls in the match, which included ten sixes and 20 fours.

Subsequently, Shardul caught the eyes of Dinesh Lad, head coach of “SVIS,” who then decided to train him under his guidance. So he convinced Shardul’s parents to shift him to his home, and then he started enhancing his skills under Lad. 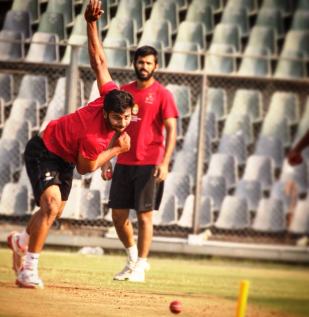 In an interview, Thakur said, “Lad sir played a huge role in developing my bowling. He made me focus on my line and length, and made me bowl in the same areas, one or two inches outside off stump, that helped a lot.”

In 2010, he was dropped from the under-19 Mumbai team for being overweight. He weighs around 83 kg at that time. Even Sachin Tendulkar once asked him to lose weight if he is earnest about playing cricket.

Then, after a below-average performance in his first Ranji season, he made a brilliant comeback in the next season after shedding almost 13 kgs of his weight.

On the 9th of November, 2012, he made his First-Class debut for Mumbai versus Rajasthan in Ranji Trophy. He picked one wicket in the 23 overs he bowled in the match. 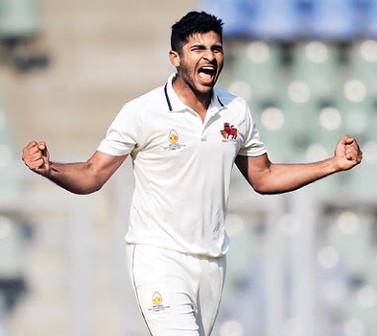 In the 2015-16 Ranji Trophy, he took 41 wickets in the tournament. Moreover, his 8/115 in the final match against Saurashtra led his team to win the season’s title.

On the 27th of February, 2014, he started his List-A cricket career against Baroda in Vijay Hazare Trophy at Rajkot. He took two wickets for 59 runs in his ten overs. Also, on the 24th of March, 2015, Thakur made his T20 debut against the same team in Syed Mushtaq Ali Trophy at Pune, in which he managed to get one wicket.

Thakur was named in the squad for 2016 India’s tours of West Indies but didn’t get to play in the series. Later, on August 31, 2017, he made his ODI debut against Srilanka in the 4th ODI of the series. He took one wicket for 26 runs in the match at an economy of 3.71. 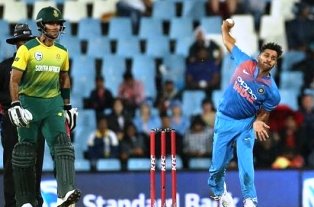 On February 21, 2018, Shardul made his T20I debut opposite South Africa at Centurion, where he managed to get the wicket of Hendricks.

The same year, he made his Test debut opposite West Indies at Hyderabad. His Test debut lasted for just ten balls as he suffered from a groin injury and didn’t play in the remaining series. However, he made his comeback in Tests against Australia in 2021.

Shardul Thakur made his ODI debut in 2017 with the jersey number 10. As we all know, cricket is believed to be a religion in India, and Sachin Tendulkar, the god of cricket, used to wear the number 10 jersey.

So after seeing him with a jersey that read number 10, some people get so offended that they trolled him badly. However, he changed his jersey’s number to 56 after this controversy.

Later, he clarified that he chose that number for numerological reasons and did not signify as Tendulkar.

Shardul Thakur played his first IPL for Kings XI Punjab in the 2015 season as they bought him for 2 million INR. He played just one game for them and later got released by them. 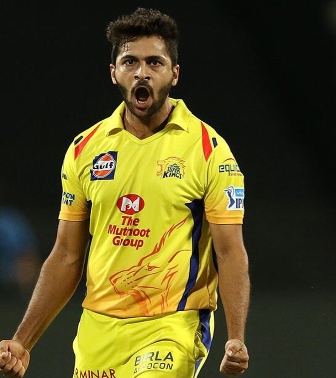 Then, Rising Pune Supergiants signed him for the 2017 IPL season. He took 12 wickets in the season at an economy of 8.25. Chennai Super Kings signed Shardul for the next season, and from then onwards, he played for CSK until 2021.

Q1: Where is the hometown of Thakur?

Q2: What is the age of Shardul?

Q3: What is the jersey no. of Shardul?

Q5: What is the height of Shardul Thakur?

Q6: Who is the wife of Shardul Thakur?

Ans: He is engaged to Mittali Parulkar.

I hope you liked the Biography of Shardul Thakur and if you have any queries regarding this post, let us know in the comment box.