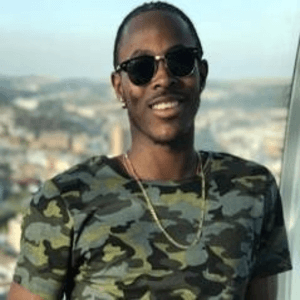 Jofra Archer Biography – An English fast bowler for whom England’s Cricket Board changed its own rules! 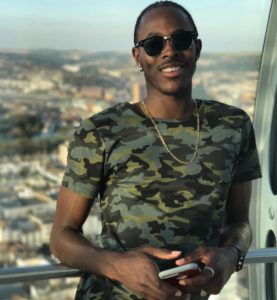 Jofra Archer was born on April 01, 1995, in Barbados. His father, Frank Archer, is an English Citizen. And his mother, Joelle Waithe, is from Barbados.

He started playing cricket during his school time. Initially, he wanted to be a wicket-keeper batsman and also could bowl leg-spin. 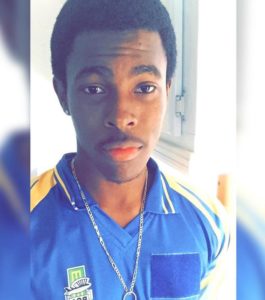 On his coach’s advice, he started fast bowling. During this, he faced many injuries while trying to achieve more pace in his bowling.

Later, in the 2013 cricket Schools Cup final, he dismissed 5 five batsmen and scored 86 runs on the 9th down position. And that victory allowed his school’s promotion to the higher division. 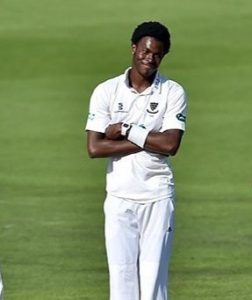 He played for the under-19 West Indies team three times, but this didn’t get him in the 2014 U-19 world cup team. So, then he decided to move to England.

On July 8, 2016, Archer made his First-Class debut for Sussex against Pakistan. He took 4 wickets for 49 in the first innings and 1 wicket in the second innings. 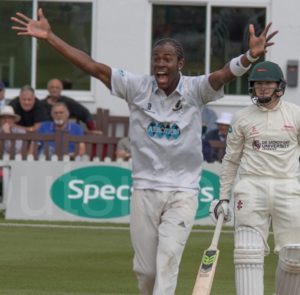 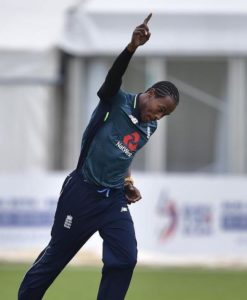 After 2 days, On May 5th, the fast bowler made his T20I debut against the same team and took 2 important wickets in the 4 overs he bowled.

On August 14, 2019, Archer made his Test debut with Ben Foakes against Australia at The Oval. He took 2 wickets in the first innings and 3 wickets in the second inning.

In the 2016 NatWest T20 Blast, Archer played for Sussex Sharks. He took 5 wickets and scored 21 runs in 4 matches of the tournament. Also, in the next season, he took 14 wickets for the Sharks. 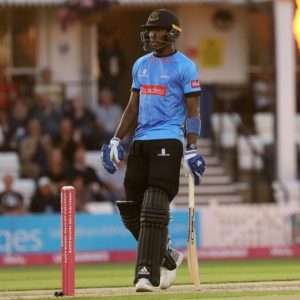 Next, in the 2017-18 Bangladesh Premier League, he played for Khulna Titans. He took 10 wickets out of the matches he played in the tournament.

In the 2017 Big Bash League, Archer played for the Hobart Hurricanes, for which he took 16 wickets in the season. Later, in the next season of the BBL, he took 18 wickets for his team.

The same year, he got selected for the Pakistan Premier League. He played only 2 matches in the tournament in which he picked 5 wickets for the Gladiators.

Rajasthan Royals signed Jofra Archer at a whopping price of ₹7.20 crore in the IPL 2018, and soon he justified the expense by picking 15 wickets in his first IPL tournament. 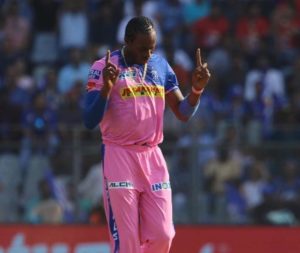 Later, Mumbai Indians (MI) bought Archer for 8 crore for IPL 2022 despite knowing the fact that he may be unavailabe for the tournament because of his injury issues. 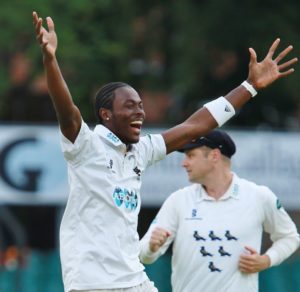 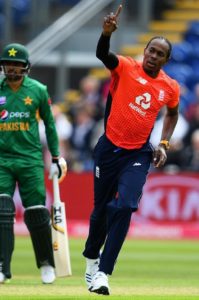 Q1: Where is the birthplace of Archer?

Ans: He was born in Barbados (West Indies) but is playing for England.

Q2: What is the height of Jofra Archer?

Q3: What is the age of Jofra Archer?

Q4: Who is the wife of Jofra Archer?

Hope you liked the Biography of  Jofra Archer and if you have any query related to it, then definitely tell us in the comment box.