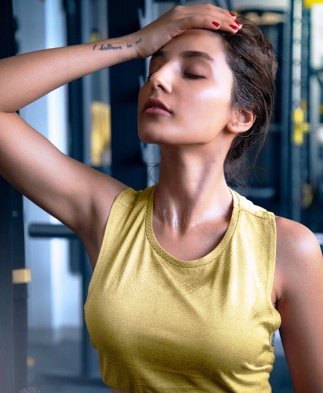 Harshita Gaur was born on October 12, 1992, in Delhi. She was born in the Doctor’s family. Her father Chandra Shekhar Gaur is a Doctor and mother Neena Gaur is also a Doctor.

She has a sister Ritika Gaur and a brother Rijul Gaur. Harshita’s sister Rithika Gaur is also related to the medical field.

She has a degree of Bachelor of Technology in Electronics & Communications from Amity University, Noida. She has been active in the acting field from her college days. 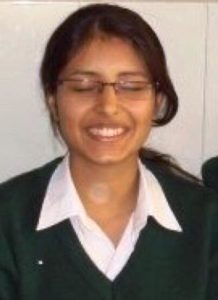 Initially, she did modeling. Later, during her studies, she gave audition for Channel V India’s show “Sadda Haq”, and got selected. The show was premiered in 2013 and Harshita turned into ‘Sanyukta Aggarwal’. 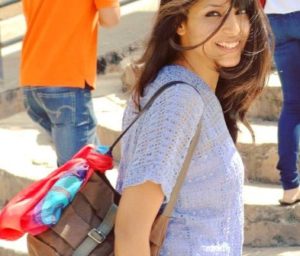 The chemistry between Harshita Gaur and her co-actor Param Singh was so loved by the audience. The show was quite popular among the youths at that time. Its first season ends after completing 537 episodes.

Later, its second season aired, again with the same lead roles, but the show ended up just 5 months later.

Harshita Gaur started her Film career from Telugu movie “Falaknuma Das”. She played the lead role as Sakhi along with Vishwaksen Naidu, Saloni Mishra, and Prashanthi Charuolingah. It was a remake of Malayali movie Angamaly Diaries.

Harshita made her debut in Bollywood by “Kanpuriye” along with the actors like Aparshakti Khurana, Vijay Raaz, and Rajshri Deshpande

In 2017, she appeared in the “Black Coffee” web series as a lead person. She played the role of Hemal Shah, a banker in the series. Once again, Param and Harshita were in the lead roles. 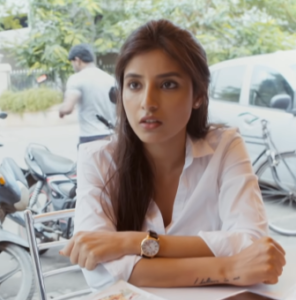 The story of the series revolves around a popular novelist (played by Param) who is researching some stuff for his next novel and Harshita tracking him for some bank investments.

It is a short film, released on August 14, 2018, on Youtube. One again, both Param and Gaur were in the lead roles in the movie.

In 2018, Bribe was released on an online platform named ‘ULLU Entertainment’. She played the role of a widow in the series. 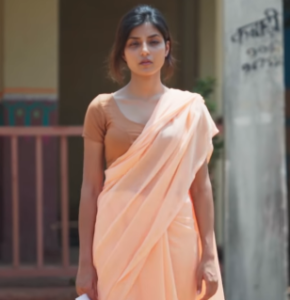 The story is about a widow, who is not getting her pension. So her brother forced her to make physical relations with ‘rich’ people, so she could get her pension.

Released on February 14, 2019, on ‘ALT Balaji’. Harshita Gaur played the role of Divyanka Tripathi, a state-level dancer, in the “Puncch Beat” web series with Priyank Sharma (as Rahat Sharma), Siddharth Sharma (as Ranbir Chowdhary) and Khushi Joshi (as Padmini Arora). 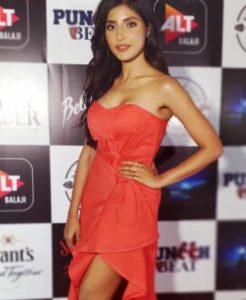 The series is based on the lives of four students and their struggles about making their dreams come true.

The web show was released on November 16, 2018, on Amazon Prime. Harshita Gaur played the role of Dimpy Pandit in the “Mirzapur” web series. She played the sister of Guddu and Bablu in the first season of Mirzapur. 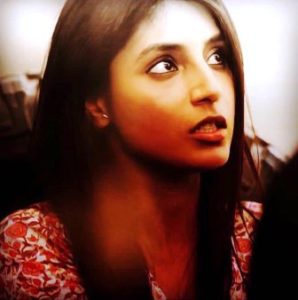 People so appreciated her role in the series that she is now popularly known as ‘Dimpy of Mirzapur’. 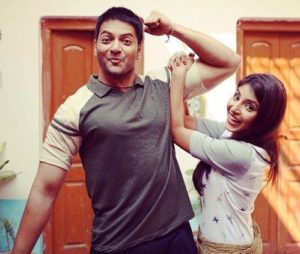 Harshita is also going to appear in Mirzapur 2.

Harshita Gaur also appeared in one of the most popular web series named Sacred Games 2, a series based on Vikram Chandra’s novel. Its first season was loved by the audience and the critics.

In Sacred Games 2, she played the role of Jojo’s sister named Mary. Her role was short in the series but at the same time, it’s strong enough for the story. In the series, Mary committed suicide because of her sister Jojo (played by Surveen Chawla), and to know more about it, you have to pay a little to Netflix (No promotions).

In 2020, she appeared in Happily Ever After as Avani Mehndiratta. 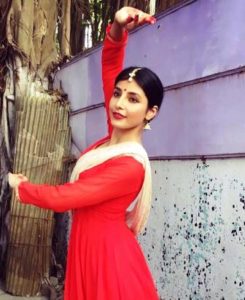 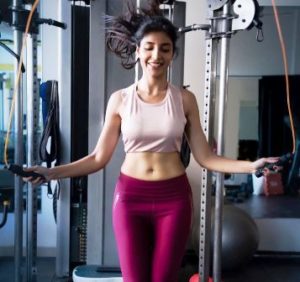 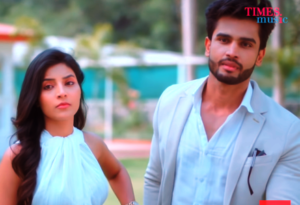 Q2: Who is the sister of Harshita?

Q3: What is the height of Harshita Gaur?

Q4: Who is the boyfriend of Harshita Gaur?

Hope you liked the Biography of Harshita Gaur and if you have any query related to it, then definitely tell us in the comment box.