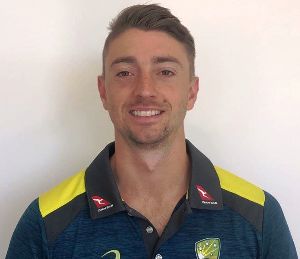 His elder brother, Anthony Sams, is also a cricketer and a gym trainer.

Anthony has been playing cricket as a wicket-keeper batsman for Randwick-Petersham and played for New South Wales Under-19s.

Dan’s wife’s name is Danielle, aka Danii, Sams. The couple has been married since December 2015.

He did his schooling at De La Salle College, a boys’ school, in Revesby Heights, Sydney.

Daniel Sams started his cricket career for New South Wales under-19s in 2011. The following year, at the age of 19, he joined Randwick Petersham Cricket Club as an all-rounder and has been playing for them since then.

He kept performing for Randwick at the first-grade level, which eventually made him play first-class cricket. 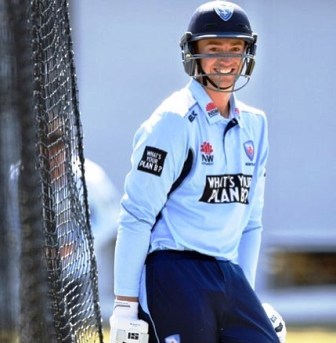 Sams made his first-class debut for Canterbury on October 30, 2017. He scored 49 runs in the first innings and 88 runs in the second innings of the match. Also, he picked three wickets in the game.

The next year, he joined New South Wales (NSW) and started his List-A career by playing against Western Australia. Daniel scored 62 runs in his debut match. Also, he took three wickets, including the wicket of Josh Philippe, who also made his List-A debut on the same day.

On December 06, 2020, he finally made his international debut by playing the T20I match against India, in which he took his maiden international wicket in the form of Virat Kohli.

Sams played his first T20 (main) in the Big Bash League on December 19, 2017. He made his debut for Sydney Sixers against the Thunder, picked four wickets in the game. His maiden BBL wicket for Sixers was Josh Buttler, as he caught and bowled him in his very first over of the league.

Then, Sydney Thunder signed him for BBL 2018. Daniel Sams made his BBL debut for Thunder on December 21, 2018. He made 34 runs before getting out by DJ Bravo and also picked three wickets in the game. He played 14 games in the season and picked 15 wickets at an economy of 8.78. 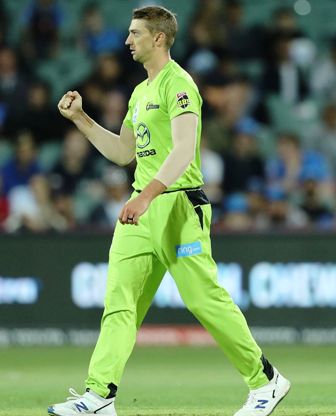 The next year, In BBL 2019, he played for the same team and picked the highest-ever 30 wickets in the tournament. He broke the record of Kane Richardson, who picked 24 wickets in the 2018 BBL. He will be playing for Thunder until BBL 2022.

Daniel Sams joins Delhi Capitals (DC) for the IPL 2020 as a replacement of Jason Roy. Alex Carey and Marcus Stoinis are the other two Australians in the squad.

He made his IPL debut on October 21, 2020, against Kings Punjab (formerly KXIP). He played three matches but couldn’t get any wicket in the season. Then, DC traded him to RCB ahead of the IPL 2021.

After that, Mumbai Indians (MI) bought him at the auction for 2.60 crore for IPL 2022. Later, Lucknow Super Giants (LSG) picked Sams at his base price for the 2023 IPL.

Q2: What is the height of Daniel Sams?

Q4: Who is the brother of Daniel?

I hope you liked the Biography of Daniel Sams and if you have any queries regarding this post, kindly let us know in the comment box.