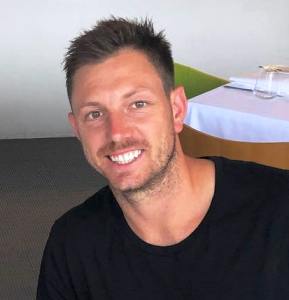 James Pattinson Biography – An Australian fast bowler who is ruling the cricket field despite having several stress fractures!

James Pattinson was born on May 3, 1990, in Melbourne, Australia. His father, John Pattison, was a roof tiler in Grimsby in the UK. His mother’s name is Sue Pattinson, who hails from Yorkshire.

He has an elder brother named Darren Pattinson. Darren is a former cricketer who has represented England in a Test match against South Africa; also, he has played domestic cricket for Victoria and Nottinghamshire.

His family shifted to Melbourne when his elder brother was just four years old. James Pattinson is married to Kayla Pattinson.

He did his schooling at Haileybury in Victoria.

He started his cricket career as an opening batsman; however, soon, he changed his decision and began practicing as a fast bowler. Also, Cameron White, a former Australian batsman, recognized his skills and advised him to focus on his bowling rather than batting.

Later, in 2008, Pattinson played his first ODI match for Australia Under-19s in the ICC World Cup 2007/08. He made his debut against Nepal Under-19s, against which he took three wickets and earned the man of the match award.

On November 21, 2008, he made his name into the senior Victoria team and played his first match against Western Australia in the Sheffield Shield tournament. Also, it was his only match of that tournament.

Then, in December 2009, he started his List-A career by playing against Queensland in the Ford Ranger Cup. He bowled eight overs and picked two wickets in the match. 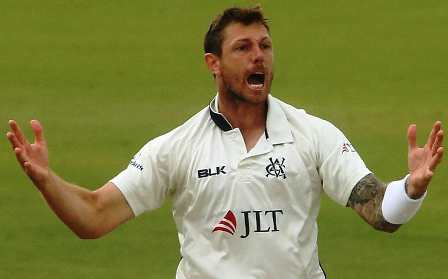 Soon, in his third List-A match, against New South Wales, he picked six wickets, including the wickets of David Warner, Steve Smith, and Usman Khwaja.

The following year, on January 02, 2010, Pattinson made his T20 debut against New South Wales in the Twenty20 Big Bash.

On April 13, 2011, James Pattinson made his ODI debut against Bangladesh. He bowled seven overs in the match and picked the wicket of dangerous-looking Imrul Kayes, who scored 93. 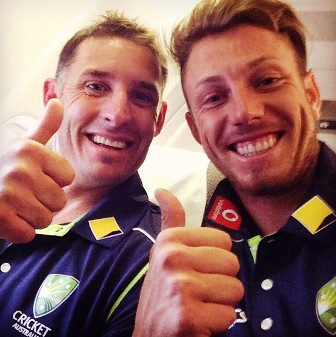 Then, on October 13, he played his first T20I match against South Africa. He bowled four overs in the game and managed to pick the wicket of Colin Ingram. 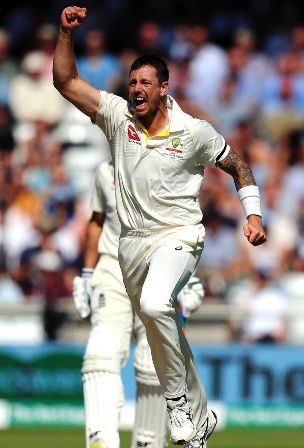 The same year, on December 01, 2011, against New Zealand, he made his Test debut with David Warner and Mitchell Starc. His first test wicket was Ross Taylor, who he picked in the first innings. In the second innings, he picked five wickets, including the wickets of Kane Williamson and Brendon McCullum.

James Pattinson started his BBL career with Melbourne Renegades. He made his debut on December 30, 2013. His first wicket for the Renegades was Craig Kieswetter and overall took three wickets in the game. Also, in his very second match, he picked four wickets against Hobart Hurricane. 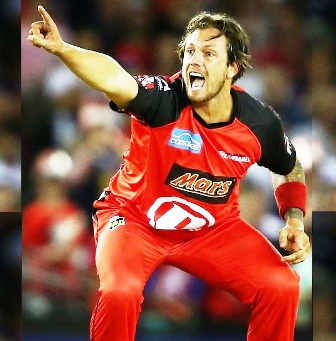 He played with the same team for the next couple of seasons before signing to the Brisbane Heat in 2018. On December 12, 2018, Pattinson played his first match for Heat against Adelaide Strikers. His first wicket for the team was Ingram again. 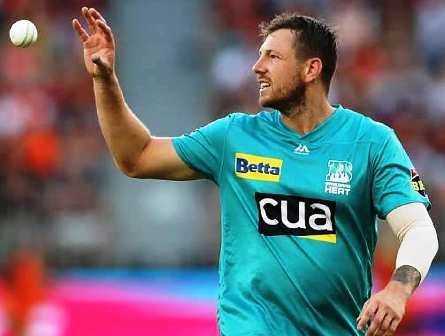 He played for the Strikers in the 2019 BBL; however, he will be playing for Renegades again in the 2020-21 season.

Kolkata Knight Riders (KKR) bought him at the auction for a whopping one crores for IPL 2011, but he didn’t get to play in any of the matches in the next two seasons. Then, he got ruled out of the IPL 2013 due to his injuries.

Pattinson went unsold at the 2020 IPL auction, but later, Mumbai Indians (MI) called him the replacement of Lasith Malinga. He made his IPL debut on September 20, 2020, against Chennai Super Kings (CSK). His maiden IPL wicket was Murali Vijay.

Q1: What is the age of James Pattinson?

Q2: What is the height of James Pattinson?

Q3: Who is the wife of James Pattinson?

Q4: Where is the hometown of Pattinson?

Q5: What is the fastest ball delivered by Pattinson?

I hope you liked the Biography of cricketer James Pattinson and if you have any queries regarding this post, kindly let us know in the comment box.