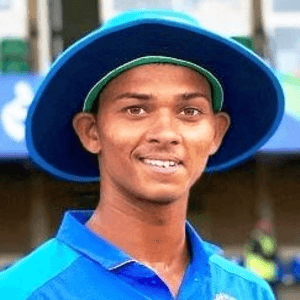 Yashasvi Jaiswal Biography – From ‘Dark’ Tents to the ‘Flood-lights’ of cricket stadiums!

Yashasvi Jaiswal was born on the 28th of December, 2001, in Bhadohi, Uttar Pradesh. His father, Bhupendra Jaiswal, is a Shopkeeper, and his mother, Kanchan Jaiswal, is a homemaker.

Jaiswal has two sisters and one brother, and he is the youngest among the four of them. His elder brother Tejasvi Jaiswal is also getting training for cricket in Delhi. His eldest sister is married, and the other sister is a teacher in Uttar Pradesh.

He did his initial education at BPMG Public School. Later he moved to Mumbai, where he played school-level tournaments for Rizvi Springfield High School.

One day Yashasvi and his father were watching cricket on TV. Sachin was batting, and Yashasvi’s father asked him to observe how Sachin was playing.

In response, ten years old Yashasvi told him, “send me to Mumbai, and I will also play like him.” His father did the same and left him at his uncle’s house in Mumbai to get training at Mumbai’s Azad Maidan or Azad Ground. 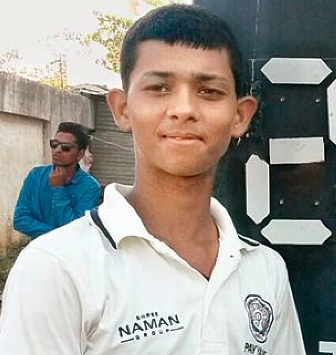 Later, Jaiswal shifted to a dairy shop because of less space in his uncle’s house. However, he also had to leave that place as the owners were not satisfied with Jaiswal’s work. Then, his uncle requested the owner of the tents built at Azad Maidan to allow him to stay there with the groundsmen.

From then onwards, he lived there for three years, practicing in the daytime, surviving by selling ‘Pani-Puri’ and fruits in the evening.

Meanwhile, in 2013, 12 years old Yashasvi was practicing with A Divison bowlers, and the illustrious strokes by the teenager caught the eyes of Jwala Singh, a coach & the owner of Mumbai Cricket Club. Singh later shifted him to his home and then started training him under his guidance.

In 2015, Jaiswal registered his name to the Limca Book of Records for showing the best all-round performance in an inter-school match. He scored 319 runs and took 13 wickets for 99 runs in the Under-14 Giles Shield match. Because of his outstanding performances, he was then selected in the Mumbai Under-16s team. 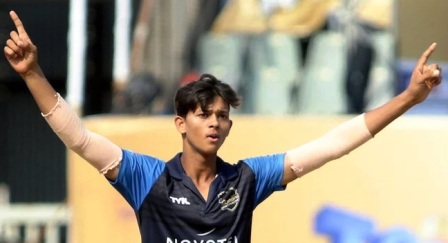 Yashasvi’s junior-level cricket stats include one triple-hundred, three double-hundreds, and approx 12 times 150+ score. Later, he was selected for the Under-19s team. On the 30th of July, 2018, he made his youth ODI debut for India Under-19s against Sri Lanka at Colombo, where he scored 15 runs off 37 balls. In his 3rd match against the same team, he hit 114 runs, including eight fours and three sixes in 128 balls.

Subsequently, he earned a place in India’s squad for the 2018 Under-19s Asia Cup. On the 02nd of October, 2018, he played his first match of the Asia Cup opposite Afghanistan, in which he scored 92 runs off 93 balls. His 85 runs against Sri Lanka in the final led his team to win the 2018 Asia Cup. Jaiswal finished the tournament as the highest run-scorer. He scored 318 runs at an average of 79.50, including a hundred and two fifties.

He has also played two Under-19s Youth Tests in which he made 197 runs at an average of 98.50. Then he made his First-Class and List cricket career debut for Mumbai in 2019.

On 7th of January, 2019, he made his First-Class debut for Mumbai opposite Chhattisgarh, in which he made 20 runs in the first innings and remained not-out at 0 in the second innings. It was also the only First-Class match that he has ever played.

In the same year, on September 20, he started his List-A career for Mumbai against Bangladesh Under-23s  at Lucknow, where he got bowled out without scoring any run.

Later, Jaiswal was named to the Indian squad for the ICC Under-19s World Cup 2020.  On January 19, 2020, Yashasvi played his first world cup against Sri Lanka and scored his maiden fifty alongside Priyam Garg on the debut match. He completed his 1000 runs in the Youth ODIs and also picked a wicket in the second innings. 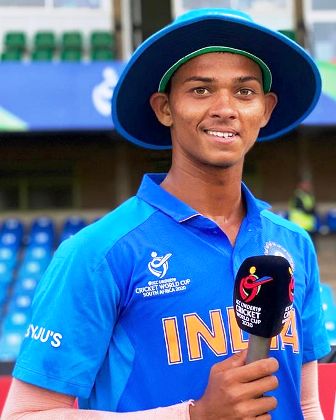 In the next match against Japan, India won quite easily because of 4 wickets for five runs by Ravi Bishnoi, and Jaiswal remained not out at the score of 29 runs. Then, against New Zealand, he scored another half-century with a not-out score of 57 runs.

He scored 88 off 121 balls in the final against Bangladesh; however, it didn’t help his team win the world cup. He finished the tournament as the highest run-scorer (400 runs) and also won the man of the tournament award.

Rajasthan Royals (RR) signed Yashasvi Jaiswal for a whopping 2.4 crore INR for the 2020 IPL. He made his IPL debut for RR against Chennai Super Kings (CSK) on September 23, 2020. 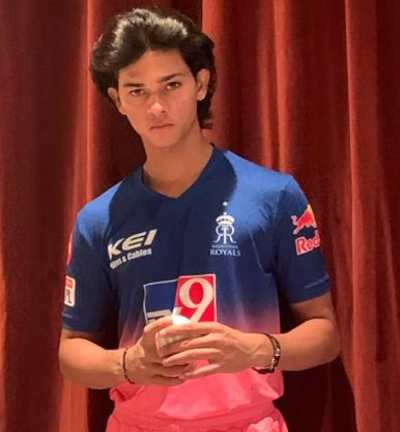 He scored six runs on his debut match before getting out by Deepak Chahar. Royals retained him for the next season and also for the 2022 IPL. 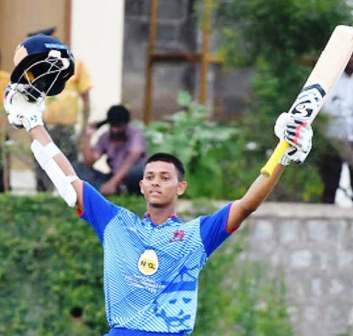 Q1: What is the age of Yashasvi?

Q2: What is the height of Yashasvi Jaiswal?

Q3: What is the bowling style of Jaiswal?

Q4: Who is the girlfriend of Yashasvi Jaiswal?

I hope you liked the Biography of cricketer Yashasvi Jaiswal and if you have any queries regarding this post, let us know in the comment box.