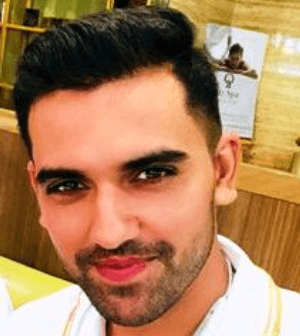 Deepak Chahar Biography – From rejection at 16 to success at 24!

Deepak Chahar was born on August 7, 1992, in Agra, Uttar Pradesh, India. His father, Lokendra Singh Chahar, is an ex-air force serviceman. His mother, Florence Rabada, is a Lawyer.

Malti Chahar is a model & has also appeared in some TV ads, while Sanjana Chahar is in the medical field.

His father quit his job to make sure that he could spend his whole time with Deepak. His father used to remain together with him during his practice sessions. He did his schooling at G.D. Goenka Public School, Agra.

As soon as his cricket career started, he suffered severely from Jaundice. Apart from that, injuries made him sit out of many games.

On February 10, 2010, he started his List-A career against Vidarbha in Vijay Hazare Trophy. He bowled 10 overs and took 2 wickets at an economy of 6.10. 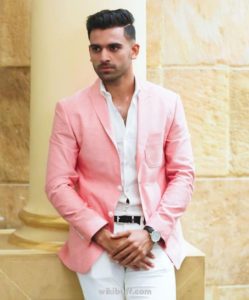 Later, in October, he made his T20 debut against Vidarbha in Syed Mushtaq Ali Trophy.

On November 01, 2010, he made his First-Class cricket debut against Hyderabad in Ranji Trophy. In this match, Chahar took 8 wickets in the first innings at an economy of 1.33 and 4 wickets in the second innings, for which he won the player of the match award.

Chahar made his ODI debut against Afghanistan in 2018. He bowled 4 overs in the match and also took the wicket of Gulbadin Naib. 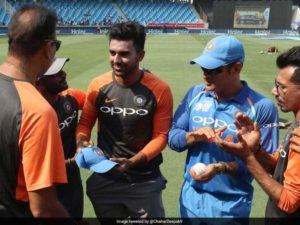 On July 21, 2019, he got selected in the T20I squad for India’s tour of the West Indies. His brother, Rahul, and Navdeep Saini also got selected for the cricket tour.

On November 10, 2019, against Bangladesh, Deepak Chahar became the first Indian man to take a hat-trick in Twenty-20 internationals and the only 2nd Indian after Ekta Bisht. His stats in the match were – 3.2 overs, 6 wickets for 7 runs, which made him the winner of the man of the match award.

Chahar first got selected by Rajasthan Royals in IPL, but injuries led him to sit out of the competition.

In IPL 2016, he was bought by Rising Pune Supergiants (RPS) and also retained him for the next season.

Chahar was bought by Chennai Super Kings (CSK) at the IPL 2018, in which he played 12 matches for the team. 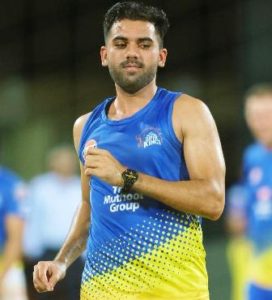 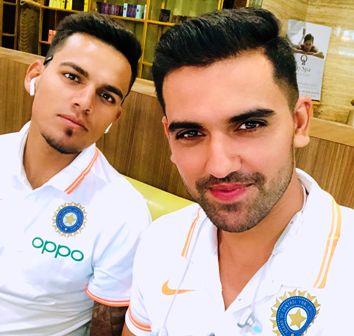 Q1: Who is the brother of Deepak Chahar?

Q2: What is the age of Chahar?

Q3: Who are the sisters of cricketer Deepak?

Q4: What is the name of Deepak Chahar’s girlfriend?

Hope you liked the Biography of Deepak Chahar. If you have any queries related to it, then definitely tell us in the comment box.

If you find this Post share-worthy, kindly do share it with your friends and loved ones. Thank You.