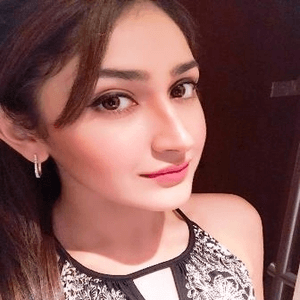 Sayyeshaa (Sayesha) Saigal Biography- A Dance enthusiast actress who made her debut in three different languages in the first 3 years of her film career.

Sayyeshaa was born on August 12, 1997, in London and brought up in Mumbai, India. She is the daughter of Bollywood actor Sumeet Saigal and actress Shaheen Banu.

Her father has also produced some Bollywood movies. Her parents divorced in the year 2003. Later, her father gets married to the actress Farah Naaz Hashmi, the elder sister of Tabassum Fatima Hashmi (Tabu).

Sayeshaa is the grand-niece of legendary actors Saira Banu (aka Saira Bano) and Dilip Kumar, as her mother Shaheen is the niece of Saira Bano.

Sayyeshaa did her primary education in London and completed her schooling from Ecole Mondiale World School, Mumbai. She completed her graduation in 2015 in Science from IB (International Baccalaureate).

She is very fond of dancing from a very young. Her mother encouraged her for this and used to find the best dance teachers for her daughter. She started with American dance styles, and later traveled to Brazil & South Africa for learning different dance forms and skills in a greater depth.

Her interest in dance led her to explore other dance forms like Belly dance, Hip-hop, Indian classical, etc.

In 2018, Sayyeshaa and Arya starred in a RomCom movie named Ghajinikanth as lead roles. It was a remake of Telugu’s Bhale Bhale Magadivoy. Arya played the role of Rajnikanth in the movie while Sayesha played his girlfriend.

The real name of Arya is Jamshad Cethirakath, but his stage name popularly knows him. He is an actor and a producer in Tamil Industry.

On valentine’s day of 2019, Arya announced his marriage date on twitter. Later, On March 10, 2019, Arya and Sayyeshaa got married at Taj Falaknuma Palace in Hyderabad.

After their marriage, Sayesha and her husband Arya worked together in an action thriller movie named Kaapaan, along with the actors like Suriya and veteran Mohanlal.

In 2014, Sayyeshaa was signed for Shivaay but before that, in 2015, she made her debut in Telugu film industry with the movie titled Akhil. She played the role of Divya in the movie opposite to Akhil Akkineni.

Saigal made her Bollywood debut from Shivaay, starring Ajay Devgn, Vir Das, and Saurabh Shukla a year later. She played the role of Anushka, an IFS officer at the Indian embassy in Bulgaria.

Another year and another debut of Sayesha Saigal in the film industry. In 2017, she starred in Tamil movie Vanamagan. She then appeared in Tamil movies like Kadaikutty Singam, Junga, Ghajinikanth, Kaapaan, and a promotional song of the crime-thriller movie Watchman.

She’s will appear with her husband in the upcoming movie named Teddy and will debut in the Kannada film industry through a movie named Yuvarathnaa. 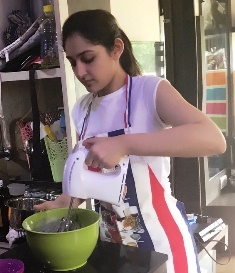 Q1: What is the age of Sayyeshaa Saigal?

Q2: Who is the husband of Sayyeshaa Saigal?

Q3: What is the real name of Arya?

Q4: What is the real name of Sayyeshaa?

Hope you liked the Biography of Sayyeshaa and if you have any query related to it then tell us in the comment box.