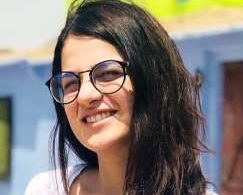 Radhika Madan was born on May 1, 1996, in Delhi, India. Her father, Sujit Madan, is a businessman.

Her mother, Neeru Madan, is a painter.

She has an elder brother named Arjun Madan. Radhika Madan is dating a Delhi-based guy.

When Radhika was in the eighth standard in her school, she joined a Dance academy at her friend’s suggestion. There, she learned many dance forms, including ballet, contemporary, and hip-hop. And right from there, she still has a passion for dancing till now. 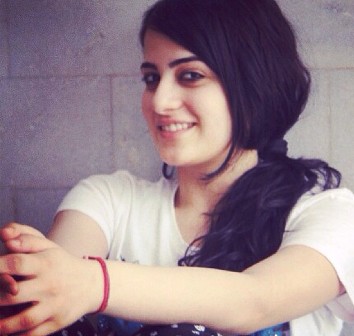 She then got promoted as an instructor from a student, and then she started doing choreography. Later, she auditioned for Meri Aashiqui Tum Se Hi, a TV show, and got selected for the show.

She did her schooling at Delhi Public School. Later, she completed her B.Com from Jesus and Mary College.

In 2014, Radhika Madan started her acting career from a TV soap opera, Meri Aashiqui Tum Se Hi. The show was aired on Colors TV from June 2014 to February 2016. She played the role of Ishaani Vaghela opposite Ranveer Vaghela, a character played by Shakti Arora in the show.

Meanwhile, in 2015, she participated in a dance reality show, Jhalak Dikhla Jaa, where she got eliminated after the show’s fifth week. She also appeared in other reality TV shows in many instances.

Later, in 2018, she made her Bollywood debut from Pataakha. She was in the lead role of the movie alongside Sanya Malhotra. She played the role of Champa Kumari, whereas, Shanya played Genda Kumari in the film. This movie was based on Charan Singh Pathik’s short story titled ‘Do Behenein,’ directed by Vishal Bhardwaj.

In 2019, She starred in the Bollywood film ‘Mard Ko Dard Nahi Hota’ in which she played the role of Supriya, aka Supri.

The movie was released on March 13, 2020, in which she appeared with the late Irrfan Khan, Kareena Kapoor, Deepak Dobriyal, and Pankaj Tripathi. Her performance was so good that legendary actor Amitabh Bachchan sent her a congratulatory letter after watching the film.

Her upcoming movie is Shiddat.

Q1: Who is the husband of actress Madan?

Q2: Who is the boyfriend of Radhika Madan?

Q3: What is the age of Bollywood actress Radhika?

Q4: What is the height of Radhika Madan?

I hope you liked the Biography of Radhika Madan and if you have any queries regarding this post, kindly let us know in the comment box.