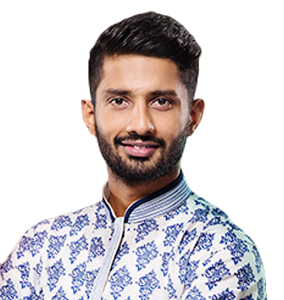 Rahul Tripathi Biography – Cricketer all the way from Ranchi, who started playing cricket at the age of 9 months old!

Rahul Tripathi was born on March 02, 1991, in Ranchi, Jharkhand, India. His father, Ajay Kumar Tripathi, is an Army person at the colonel’s post in the Indian Army.

His mother, Saroj Tripathi, is a homemaker.

He has a five year younger sister, Rupali Tripathi. His sister is a national-level Basketball player.

He graduated with BSc in Maths from Sir Parashurambhau Mahavidyalay (aka SP College), Pune.

He grabbed the cricket bat when he was just nine months old. He used to play cricket with stationery items like pencil, rubber, and scale in his childhood.

Not just that, he was so obsessed with cricket that once at a party, he started playing with the dough balls (as he thought them playing balls) and later asked his family members that why there was no food and just balls all over the place.

It was a Litti Chokka party, the reason there was nothing else than the “balls.”

Soon, he started playing cricket at the sports hostel in Lucknow. He played there till the age of around 10 or 11, as his father was then posted to Srinagar, and the family decided to shift along with him.

Then for three years, Rahul didn’t play any cricket there. Later, in 2003, his father posted to Pune, and then only he started playing cricket again. He soon enrolled in Deccan Gymkhana and began honing his cricketing skills under Kedar Jogelkar and Hemant Athalye.

Rahul Tripathi made his under-15s debut in 2004 and under-17s debut in 2006 for Maharashtra. And, soon started playing the under-19s level cricket for the state team.

On February 16, 2010, he started his List-A career for Maharashtra by playing against Baroda in the Vijay Hazare Trophy. It wasn’t a good day for him, as he got out at the score of 0 only. However, in his third match, he did score a half-century against Saurashtra in the same tournament. 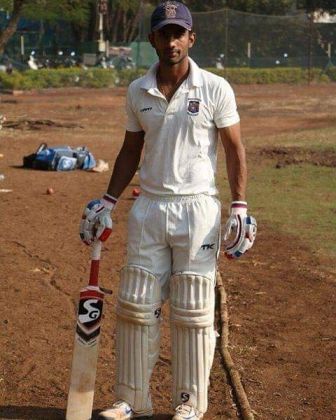 Later, on December 22, 2012, Tripathi made his first-class debut against Baroda. He scored 24 runs off 90 balls in the first innings of the match. He also bowled 13 overs in the game but couldn’t manage to get any wicket.

Tripathi made his international debut on January 05, 2023, with a T20I against SriLanka. He scored five runs in the match.

Rising Pune Supergiant bought Rahul Tripathi for Rs. 10 lakh at the auction ahead of IPL 2017. He made his IPL debut on April 11, 2017, against Delhi Daredevils (now Delhi Capitals).

In the same season, he scored his maiden fifty against Sunrisers Hyderabad (SRH). 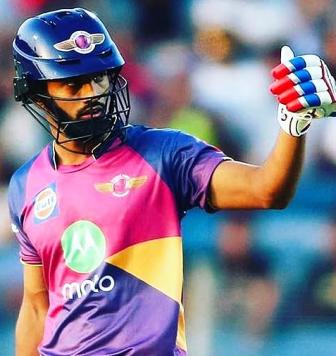 The following year, Rajasthan Royals (RR) bought him for Rs. 3.4 crores. Tripathi made his debut for RR against SRH. He played for the same team in IPL 2019. 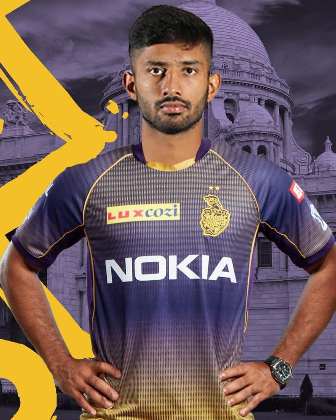 Q1: What is the age of Tripathi?

Q2: What is the height of Rahul Tripathi?

Q3: Who is the wife of Rahul Tripathi?

I hope you liked the Biography of cricketer Rahul Tripathi and if you have any queries regarding this post, let us know in the comment box.