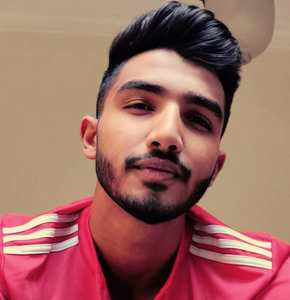 Devdutt Padikkal Biography – An incredible left-hand batsman who started cricket as a ‘timepass,’ but you’d be amazed after seeing his records!

Devdutt Padikkal was born on July 07, 2000, in Edappal, Malappuram district, Kerala. His father, Babunu Kunnath, is a businessman and an enormous cricket enthusiast too.

Devdutt has an elder sister named Chandni Padikkal, and she is a Lawyer.

The story of Devdutt’s playing cricket started when he was a kid. It was his summer holidays when his father bought him a plastic cricket bat, just to have fun and nothing serious. Even Dev himself doesn’t have so much passion for cricket at the time.

However, he started playing cricket and getting into it slowly and steadily. Later, his family shifted to Bangalore from Kerala in the year 2011.

Then, he joined the Karnataka Institute of Cricket and started playing cricket under the guidance of Mohammed Naseeruddin, his cricket coach, when he was just 11 years old.

Initially, he studied at Bangalore’s Army Public School. Then, he moved to St.Joseph’s Boys School, where he completed his schooling.

Currently, he is pursuing his graduation from St Joseph’s College of Commerce, Bangalore.

After all his hard work and seriousness towards cricket, he managed to play different age-level cricket. He played some great cricket at the Vinoo Mankad Trophy and the Cooch Behar Trophy, which eventually helped him get picked up by the Bellary Tuskers for the 2017 Karnataka Premier League. 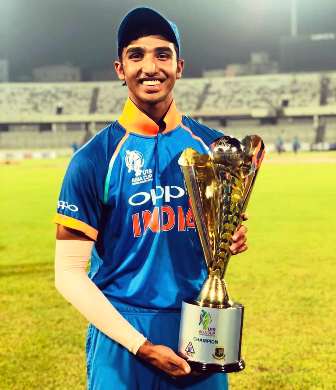 Later, on August 05, 2018, he played his first under-19 ODI match for India in a series against Srilanka under-19s. He played three games and scored 122 runs in the series, including a half-century in his second match.

Padikkal was also part of the winning team of the 2019 Asia Cup. He played only two matches in the tournament – semi-final and final only. He played a sensible inning of 31 runs with Yashasvi Jaiswal, who scored 85 runs in the final.

Soon, he made his first-class debut for Karanataka against Maharashtra in the Ranji Trophy. On his Ranji debut, he scored a brilliant half-century with 77 runs in the second innings of the match.

The following year, on September 26, Padikkal made his List-A debut against Jharkhand by playing in the Vijay Hazare Trophy. Like his first-class debut, he scored a half-century on his List-A debut match with 58 runs. 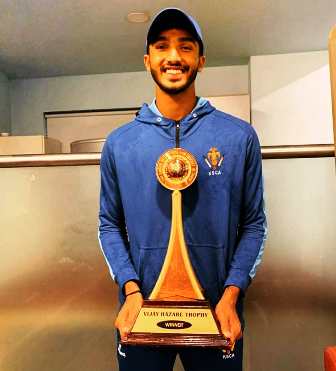 Also, Devdutt was the highest run-scorer of the 2019 Vijay Hazare Trophy, scoring 609 runs with an average of 67.66, including two centuries and five half-centuries.

The same year, on November 08, he played his first T20 match against Uttarakhand in the Syed Mushtaq Ali Trophy, where he again scored a fifty on his debut match.

Royal Challengers Bangalore (RCB) bought Devdutt Padikkal for the 2019 IPL tournament; however, he didn’t get to play in that season. 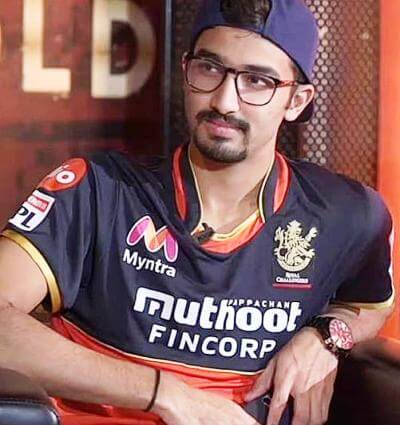 The team retained Padikkal for the IPL 2020. He played his first IPL match on September 21, 2020, against Sunrisers Hyderabad and scored a brilliant half-century (56 runs off 42 balls) on his debut match.

Q1: What is the jersey number of Padikkal?

Q2: Who is the wife of Devdutt Padikkal?

Ans: He is unmarried.

Q3: What is the height of Devdutt Padikkal?

Q4: What is the age of Padikkal?

Q5: Is Devdutt Padikkal a wicket-keeper?

I hope you liked the Biography of Devdutt Padikkal and if you have any queries regarding this post, let us know in the comment box.