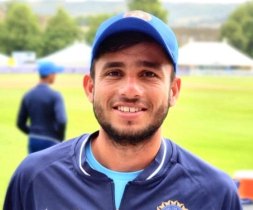 Ravi Bishnoi was born on September 5, 2000, in Jodhpur, Rajashthan. His father, Mangilal Bishnoi, is a Government teacher in Jodhpur.

His mother, Sohni Devi, is a homemaker.

Ravi has two elder sisters Anita Bishnoi and Rinku Bishnoi. He also has one elder brother named Ashok Bishnoi. Both his sisters are married, and brother Ashok is an engineering student.

Bishnoi’s cricket journey started as a typical street cricketer. He used to bowl fast with the tennis ball and always wanted to be a fast bowler.

In 2013, some of his old friends decided to make their academy, but they hadn’t enough money for such expenses. So, to keep things in control, they decided to do some labor work on their own and then somehow completed the academy work in just six months.

Then, Bishnoi started training at the same ground where he helped his friends by doing some labor work. Later, in 2017, he was selected in the state-level Under-16s team for two matches but didn’t get the chance to play.

In 2018, he picked 15 wickets in five selection matches organized by the state association. Even at National Board’s organized trials, he took five wickets and scored a hundred, but still was not selected for the under-19s team. 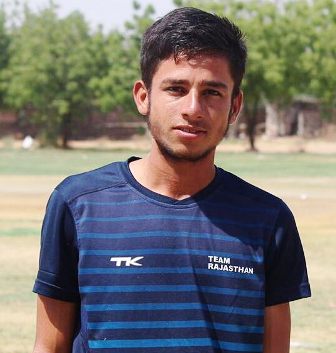 All those rejections made Ravi miserable, and by seeing him like that, his father asked him to forget about cricket and focus on his studies. However, Ravi’s coach, Shahrukh Pathan, convinced his father to give one more year to his son for cricket practice.

Later, he got selected and even picked five wickets in his first match of the Mankad Trophy.

He did his primary education at Mahavir Public School, Jodhpur.

On February 21, 2019, he made his T20 debut for Rajasthan in Syed Mushtaq Ali Trophy against Tamil Nadu. He took two wickets in the four overs he bowled in the match.

Then, in July, Bishnoi made his Youth ODI debut for India against England under the captainship of Priyam Garg. He picked three wickets in the match. 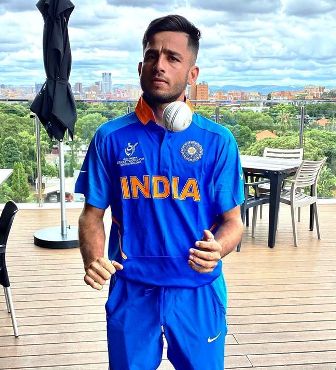 On January 19, 2020, he played his first Under-19 world cup match opposite Sri Lanka, in which he picked two wickets at an economy of 4.40. In his next game of the world cup, against Japan, he took four wickets for five runs, for which he won the match of the match award.

Later, against New Zealand, Bishnoi and Atharva Ankolekar‘s duo took a total of 7 wickets in the match, which India won by the D/L method. Later, in the semi-final against Pakistan, Bishnoi took two wickets, and Yashasvi Jaiswal‘s century in the second innings led India to reach the final.

He bowled brilliantly in the final match against Bangladesh, as he took four wickets for 30 runs, including three maiden overs; however, India couldn’t win that match. He finished the tournament with the highest wickets (17 wickets).

Ravi made his international debut by playing a T20I against West Indies on February 16, 2022. He took two important wickets of Powell and Chase in the match.

Ravi Bishnoi played as a net bowler in the 2019 IPL for Rajasthan Royals, and because of the clash in the timings, he chose not to give his Board exams that year. 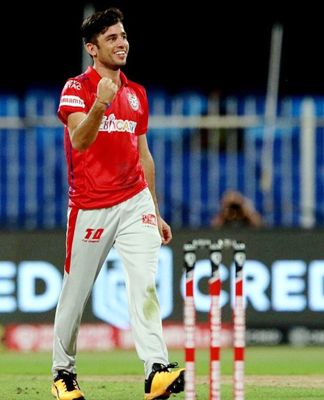 Later, Punjab Kings (PBKS) signed him for a whopping two crores for the 2020 IPL, and played for the same team in the next season.

Later, Lucknow Super Giants (LSG) picked him at the auction for 4 crore INR for IPL 2022.

Q1: What is the height of Ravi Bishnoi?

Q2: What is the age of Ravi Bishnoi?

Q3: Where is the birthplace of cricketer Bishnoi?

Q4: What is the bowling style of Bishnoi?

I hope you liked the Biography of Ravi Bishnoi and if you have any queries regarding this post, then let us know in the comment box.