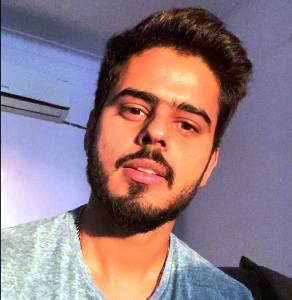 Nitish Rana Biography – Left-hand batsman who would cry every time in his childhood when Sourav Ganguly used to get out!

His father, Dara Singh Rana, is a Maths Professor in a college. His mother’s name is Satish Rana.

He has an elder brother named Ashish Rana, who is married.

Nitish has been married to Saachi Marwah since February 2019. His wife is an Interior Designer.

He did his early schooling at DAV Centenary Public School. Later, he joined Vidya Jain School, for which he played cricket from 2008 to 2010.

Rana started his domestic cricket career for Delhi by playing opposite Assam in the 2013 Vijay Hazare Trophy final. He made nine runs in that match before getting bowled out by Pritam Das. However, Delhi won the final by 75 runs. 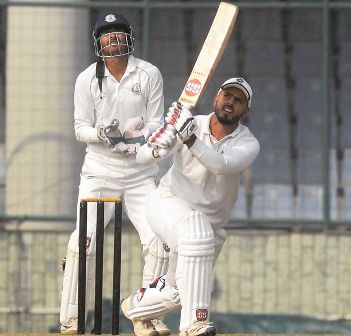 Soon, On March 30, 2013, he made his T20 debut against Vidarbha in the Syed Mushtaq Ali Trophy. He scored 15 runs and bowled an over but couldn’t take any wicket in the match.

Later, on October 18, 2015, he played his first Ranji match for Delhi against Vidarbha under the captaincy of Gautam Gambhir. He made 67 runs, including eight fours, off 169 balls in the game.

Mumbai Indians bought Nitish Rana for 10 lakh INR at the auction prior to IPL 2015. However, he didn’t get the chance to play any match in that season. Later, he played his debut match for MI against RCB on May 11, 2016. He made nine runs in the game before getting out by Yuzvendra Chahal.

Then, in the same season, he made his debut IPL fifty for MI against Gujarat Lions. He scored 70 runs off 36 balls in the match, including seven fours and four sixes. He played for the same team in the year 2017. 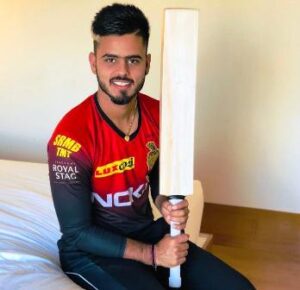 Q1: What is his jersey number?

Q2: Who is the wife of Nitish Rana?

Q3: What is the height of Nitish Rana?

Q5: Where is the hometown of Nitish?

I hope you liked the Biography of Nitish Rana and if you have any queries regarding this post, let us know in the comment box.