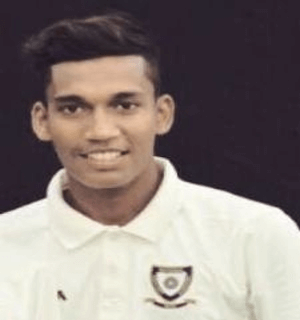 Atharva Ankolekar Biography – From ‘Andheri’ to the ‘Limelight’ of the U19 Asia Cup.

Atharva Ankolekar was born on September 26, 2000, in Andheri East in Mumbai, Maharashtra.

His father, late Mr. Vinod Ankolekar was a bus conductor with BEST (Mumbai’s public transport service) and died in 2010 due to Malaria. Atharva’s mother Vaidehi Ankolekar is a Bus Conductor in place of her husband.

He has a brother named Parth Ankolekar who is also a Cricketer and a part of the Mumbai Under-14 team.

Atharva was born & brought up in the Andheri East of the Mumbai Suburbs. His father used to tell cricket stories to him, which inspired him to play cricket. Once he didn’t get the opportunity in the school team due to his short height. So his father requested the coach to give his son a chance to show his skills. He then showed his excellent cricket skills and impressed his coach. 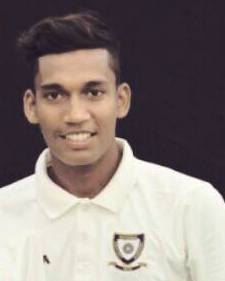 Ankolekar played a lot of cricket for his school team, Parle Ville, and has given many extra-ordinary performances for his team.

In 2010, when he was about 10 years old, his father died due to Malaria. So, his mother started giving private tuitions to bear household expenses. Later, in 2014 she gets the job of her husband, a Bus conductor of BEST (Brihanmumbai Electricity Supply and Transport), a Public Transport service. Her current duty is at Marol Bus Depot.

With great support from her mother and his cricket coaches, Atharva joined MIG Cricket Club and starts practicing.

When Ankolekar made Tendulkar out:

In the year 2011, when he was 11 years old, Atharva got a chance to bowl against the great Sachin Tendulkar in a practice session. A few balls later, he got him out in the slips.

Sachin got impressed by his bowling skills and later gifted him with his signed gloves.

On August 31, 2019, Atharva got selected for the ACC Under 19 Asia Cup under the leadership of Dhruv Chand Jurel.

On September 05, 2019, he finds no wicket for 17 runs against Kuwait in the opening match of the tournament. In his second match of the tournament, Ankolekar took 3 wickets and played a handy inning of 16 runs with the bat against Pakistan. In the next match against Afghanistan, along with Sushant Mishra’s fifer, Atharva took 4 wickets in the match and lead their team to the semi-finals. 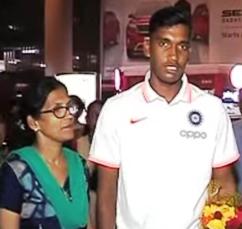 The knockout match, Indian vs Srilanka, abandoned without any ball bowled which result in the Indian side reaching the final of the Asia Cup due to more wins than Sri Lanka in the league stage matches.

India beats Bangladesh in the final of the Asia Cup. Bangladesh fall 5 runs short of the target of 107 runs. It happens due to the phenomenal bowling spell of Atharva Angolekar. For his 5 wickets at an economy of 3.50, Atharva earned the man of the match award in the final match, which he dedicates to his parents in the post-match ceremony. 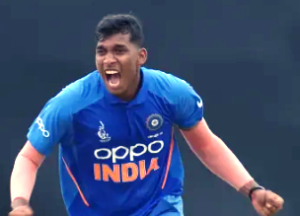 In December 2019, Atharva was named in the Under-19 World Cup 2020 under the captainship of Priyam Garg. He didn’t get the chance to play in the first two matches, however, he got to play against New Zealand where he took 3 wickets for 28 runs.

Later, in the quarter-final against Australia, With the help of Yashavi Jaiswal‘s 62 runs and Ankolekar’s 55 not-out runs and 7 economical overs led his team to reach the semifinals.

Q1: What is the age of Atharva Ankolekar?

Q2: Where is the birthplace of Atharva Ankolekar?

Q3: What is the mother‘s name of Atharva Ankolekar?

Hope you liked the Biography of Atharva Ankolekar and if you have any query related to it, then definitely tell us in the comment box.