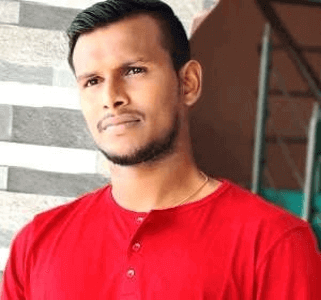 T Natarajan Biography – Meet “the yorker king” of Indian cricket who hails from a small village of Tamil Nadu!

Thangarasu Natarajan (aka T Natarajan) was born on May 27, 1991, in Salem, Tamil Nadu, India. His father, Thangaraj Natarajan, was a Porter in a textile mill of the city. His mother’s name is Santha Natarajan who, used to run a food stall in the locals.

However, after Natarajan made his name in cricket, he built a house and asked his parents not to work anymore. So, now they are living in their very own home as his proud parents.

Natarajan is married to Pavithra Natarajan since June 2018.

He has three sisters and a brother. He is the eldest among the five siblings. One of his sisters is married, and the other siblings are doing their studies.

He completed his schooling at a local government school. He did his graduation with an MBA from AVS College of Arts And Science in Tamil Nadu.

T Natarajan started playing cricket since he was in the 5th standard of his school. He used to play tennis ball cricket for different teams of the villages in his city. He builds his ability to bowl yorkers only by playing such cricket in his hometown.

Later, his friend, A Jayaprakash (aka JP), pushed him to play professional cricket rather than tennis ball cricket in the locals. JP is the guy who helped him to play a higher level of cricket.

Even, in 2011, only because of him, Natarajan shifted to Chennai from his village, as he or his family weren’t able to afford the expenses at that moment. 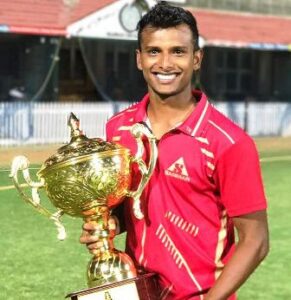 Then, he first started playing for the BSNL team in the fourth division league for Tamil Nadu. And, then slowly he made his name in the second division league where he used to play for the India Cements team.

Eventually, in 2013, he played for Vijay Cricket Club in the first division and later moved to a different club named Jolly Rovers.

Later, on January 05, 2015, Natarajan made his first-class debut for Tamil Nadu in the Ranji Trophy. He picked three wickets in the match against Bengal. Also, he scored two runs in the game before getting run out by Ashok Dinda.

He played directly in Ranji Trophy without even playing any age-level cricket like under-16s, under-19s, and under-23s.

Soon, he got reported for his wrong bowling action, which eventually ruled him out of the cricket. However, he managed to improve his bowling action within a year, under his coaching staff’s guidance at Tamil Nadu Cricket Academy. 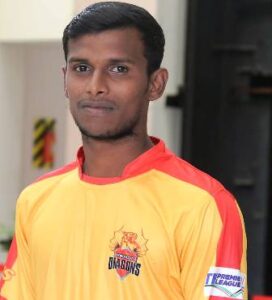 He made his comeback in 2016 with Tamil Nadu Premier League (TNPL). Natarajan played for Dindigul Dragons in the inaugural edition of TNPL. He played seven matches and picked ten wickets in the tournament. He was the fifth-highest wicket-taker in the competition, but cricket enthusiasts highly appreciated his incredible ability to bowl yorkers.

Later, in 2017, he made his T20 debut against Karnataka in the Inter-State Twenty-20 Tournament, where he picked two wickets for his team.

Then, on September 20, 2018, he started his List-A career along with Varun Chakravarthy, under the captainship of Vijay Shankar, by playing against Gujarat in the Vijay Hazare Trophy. He bowled nine overs in the match but couldn’t find any wicket.

On December 02, 2020, he made his international debut for India by playing an ODI match against Australia on India’s tour of Australia. He bowled ten overs and picked two wickets in the match. His maiden international wicket was Marnus Labuschagne, as he bowled him out when he was batting at the score of 7 runs.

Just two days after playing his first ODI, he made his T20I debut against the same team on the same ground. He picked three wickets in the match, and all-rounder Glenn Maxwell was his first T20I wicket.

Later, he made his Test debut on the same tour and picked Labuschagne as his maiden test wicket. He picked three wickets in the match.

Kings XI Punjab (KXIP) bought T Natarajan for Rs. 3 crores at the auction ahead of the IPL 2017. He made his debut for the team on April 08, 2017, against Rising Pune Supergiants. His maiden wicket was Ajinkya Rahane. 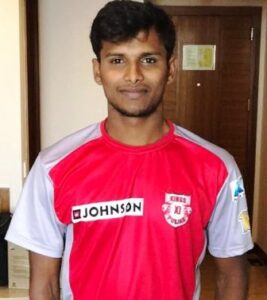 The next year, Sunrisers Hyderabad (SRH) picked him at the 2018 IPL auction for Rs. 3 lakh. However, he didn’t get to play for the next two seasons. 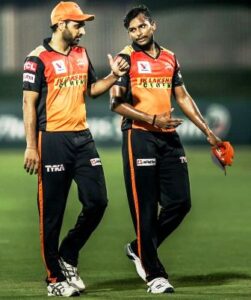 But, finally, in 2020, he made his debut for SRH on September 22, 2020. He bowled four overs in his first match and picked a wicket in the form of Virat Kohli. His yorkers in the IPL were so good that legends like Brett Lee couldn’t resist themselves to appreciate this yorker king. 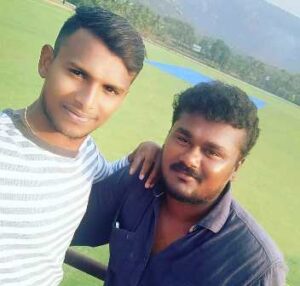 Q1: What is the full name of T Natarajan?

Q2: What is the height of T Natarajan?

Q3: Who is the wife of T Natarajan?

Q4: Where is the hometown of Natarajan?

Q5: What is the average bowling speed of Natarajan?

I hope you liked the Biography of cricketer T Natarajan and if you have any queries regarding this post, kindly let us know in the comment box.