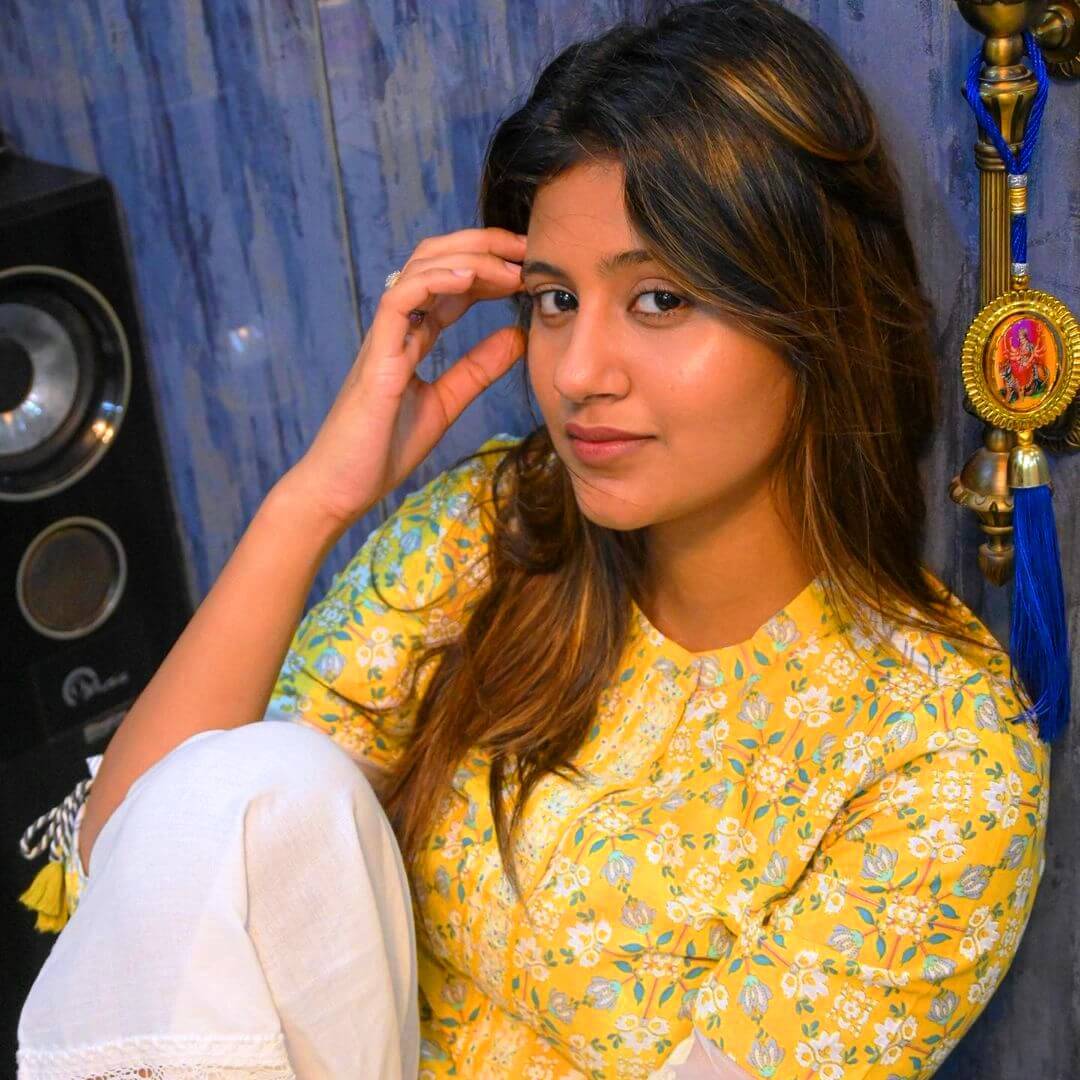 Anjali Arora was born on November 03, 1999, in Delhi, India. Her father, Ashwani Arora, is a Delhi-based businessman.

Her mother, Babita Arora, is a homemaker.

She has an elder brother named Abhishek Arora. He is into Shopping & Retail business.

She did her schooling at Guru Harkrishan Public School (GHPS). Later, she graduated with a Bachelor of Arts from the University of Delhi.

Anjali is an actor, model, and social media influencer. She always wanted to be an actor right from her younger days. She would participate in plays and dances in her school.

In 2020, she started her TikTok (a short-video sharing platform) account, where she would perform a dance bit with a piece of background music. After her sixth video, she gained more than 5 million followers on her account since her video went viral.

The same year, she was first featured in the Haryanavi video song “Setting” and then in Punjabi videos like Supna and Pekke Turr Jaana.

Later, Arora featured in another Punjabi music video titled “Temporary Pyar” with Kaka, a renowned Punjabi singer, lyricist, and composer. The video has more than 380M views and still counting.

Then, in 2021, she again appeared with Kaka in “Aashiq Purana,” which has 100M + views on YouTube. Also, she did some other Punjabi music videos that year, including Shayad Fir Se with Rahul Vaidya, Mutiyaar, PAUNE 12, ATM, Plan, Parinda, and Sunakha.

In 2022, Anjali was again all over the internet after she uploaded a dance video on the famous “Kacha Badam” song, originally sung by a peanut seller named Bhuban Badyakar, on her Instagram account.

After ‘firing’ the internet with her dancing videos, Anjali Arora was sentenced to LockUpp; a 24X7 live reality show streamed on Alt Balaji.

Actor & Model Karan Kundrra was the Jailor of the show who would organize tasks for the contestants. And audience’s favorite, Munawar Faruqui, was the winner of the first season of the show.

Anjali Arora was the second runner-up in the show. But more than that, people loved her innocence and her caring nature towards her friends in the show. She didn’t win the reality show, but she definitely won many hearts.

I hope you liked the Biography of Anjali Arora and if you have any queries regarding this post, let us know in the comment box.