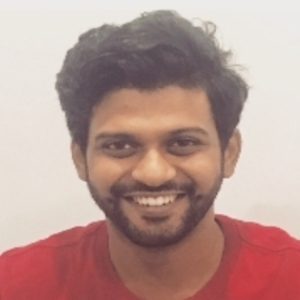 Naveen Polishetty Biography- An ‘honest’ Engineer turns into the ‘Chhichhora’ of Bollywood!

Naveen Polishetty was born on December 27, 1989, in Hyderabad, India.

His father, P Rajkumar, is a Pharmaceutical Businessman and an active politician. His mother, Manjula Polishetty, is a former Bank Employer.

He completed his Graduation in Civil Engineering from Maulana Azad National Institute of Technology, Bhopal.

From a very young age, he performed in plays at his school functions. He first conducted an act when he was in the third standard.

He was assured of becoming an actor by the time he was in high school. But, as his father told him to first complete his studies before doing any experiments with his life, he cleared the exam for NIT, Bhopal. 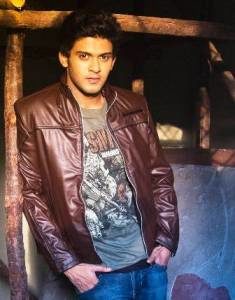 After that, he started a theatre-cum-club with his friends, where they performed acts and plays. But, after lacking audiences in the theatre, the group created a Band. A Band of Boys. No! Not that one. So the Band started performing English songs. Unfortunately, the numbers of English song-lovers are even less than that of art-lovers in his college, so they switched the lyrics to Hindi and continued their shows.

Soon after completing his graduation, Naveen got a job. Within a month, he was posted to London, where he worked for a Telecom company.

Later, he quit the job for his genuine passion, i.e., acting, and moved back to Mumbai. And the interesting part is that Naveen lied to his parents that he was on vacation and would be back to work. So he started attending various acting classes and plays, and from there, the struggle of actor Polishetty began.

Polishetty got his first break in the Telugu movie Life is Beautiful in 2012. In the movie, Naveen played the role of Rakesh, an upper-middle-class guy also the gang leader of his area. He featured in another Telugu movie, D for Dopidi, in 2013.

In January 2014, he appeared in another Telugu movie, 1: Nenokkadine, along with Mahesh Babu and Kriti Sanon. It was also Kriti’s debut Telugu film.

Polishetty – An Actor, Writer & The Detective:

Polishetty revealed in an interview that Mr. Swaroop RSJ (Director) messaged him on Facebook and narrated a story. Later, they worked on the script for eight months and came up with a comedy thriller, Agent Sai Srinivasa Athreya. 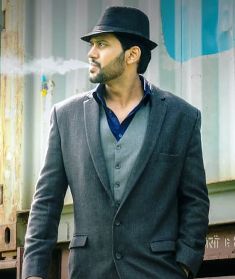 In the Telugu language, the movie was released on June 21, 2019. Swaroop, the film’s co-writer, directs the film, along with Naveen, the main lead of Agent Sai Srinivasa Athreya. He played a Detective in the movie in which her assistant Shruti Sharma (as Sneha) helped him solve the cases.

The film got some positive reviews from critics, but more than that, Naveen’s performance was the catch of every eye. People applauded his acting & writing skills, along with his phenomenal comic timing.

After doing several Telugu movies, Naveen made his debut in Bollywood from Chhichhore (2019). He played the role of Acid in the film. It was full of stars like Shraddha Kapoor, Varun, Late Sushant Singh Rajput, Prateik Babbar, and many more.

He last appeared in Jathi Ratnalu, a Telugu comedy-drama film. He will soon be sharing the screen with actress Anushka Shetty.

The actor and comedian made his TV debut with 24, the Hindi version of the American-based TV series (24), broadcast on Colors TV. He shared the screen with Anil Kapoor in the second season as Kush Sawant. He played the role of a Maharashtrian guy in the series who somehow gets in touch with an ‘acid’ attack.

The fun fact is that his Bollywood debut and TV debut have an ‘acid’ connection.
In 2017, he made a guest appearance in the French TV series Fais pas ci, Fais pas ça. He appeared in two of the episodes as Rushik Sanghvi.

Polishetty played the character of Raghu in Chinese Bhasad, who falls in love with a Chinese girl and brings her to meet his family so that he can marry her. The show got aired on Voot with around ten episodes. Monsoon Boruah plays the Chinese girl. 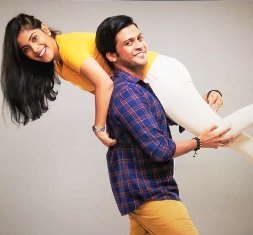 In another Voot original series titled Untag, he appeared in Sumit Razdan. He also acted in What’s your Status, streamed on Youtube.

After giving thousands of auditions, he started participating in open mic comedy shows. He used to perform all his miseries in a sarcastic way that he had faced during the auditions. AIB ‘loved’ his struggle, and he got the chance to work with them.

But he went viral for the characters he played in the AIB Honest Series. His monologue (as Average Mishra) in the Honest Engineering Campus Placements gets praises all over the internet. He also appeared in some other series of sketches, including Honest Indian Weddings and Honest Bars & Restaurants. 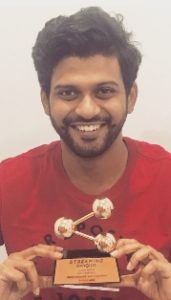 I hope you liked the Biography of Naveen Polishetty and if you have any queries related to it, then definitely tell us in the comment box.