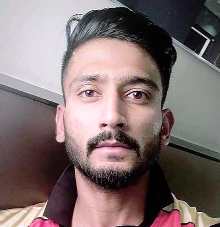 Khaleel Ahmed Biography – An Indian fast bowler who joined a cricket academy at 12 without telling anybody!

Khaleel Ahmed was born on December 05, 1997, in Malpura, Tonk, Rajasthan. His father, Khursheed Ahmed, is a Compounder and his Mother is a homemaker.

His father always wanted him to become a Doctor, but Khaleel had already made up his mind to become a cricketer. So, he joined a cricket academy at the age of 12, even without telling anybody.

He has three sisters. Khaleel is the youngest among the siblings. One of his elder sisters’ names is Sana Khursheed.

There he started playing under the guidance of Imtiyaz Khan, the coach at the academy. He is the one who recognized Khaleel’s talent and later enrolled him in Rajasthan Cricket Academy.

He commented on his consistent 140+ kmph bowls that he used to practice with a tennis ball, resulting in better arm speed. So, that’s the reason that he could bowl 140+ kmph quite consistently. 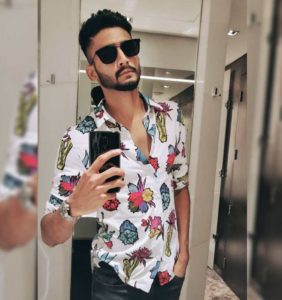 In the meanwhile, he got selected in BCCI’s Mohali Cricket Academy, Punjab.

Later, in 2015, he picked 13 wickets in just 5 matches of Under-19s cricket which, ultimately fixed his place for the next Under-19 world cup squad. 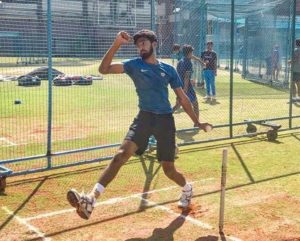 In February 2017, Khaleel Ahmed made his T20 debut against Railways, where he bowled 4 overs but didn’t get any wicket in that match.

Later, in October 2017, he made his first-class debut against Jammu & Kashmir. In his debut match, he picked 2 wickets with an outstanding economy of 2.33.

In February 2018, he made his List-A debut against Andhra Pradesh in the Vijay Hazare Trophy, in which he took 1 wicket for 39 runs in his 7 overs with an economy of 5.57. 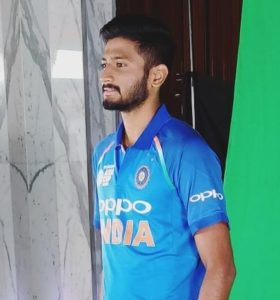 In the 2017 IPL edition, Delhi Daredevils (now Delhi Capitals) bought him for ₹10 lakh; however, he didn’t get the chance to play in any of the matches in the tournament. 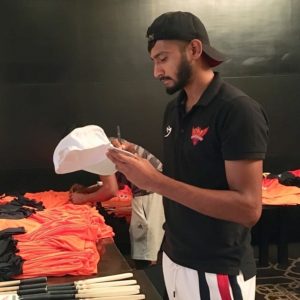 According to him, “Despite not getting the chance, I learned a lot from Rahul Dravid and Zaheer Khan.”

Later, in IPL 2018, Sunrisers Hyderabad bought Ahmed for a whopping price of ₹3 Crore. He finally played his first IPL match for the team, and also, that was his only match of the season. 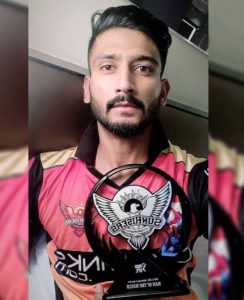 Q1: Where is the hometown of Syed Khaleel?

Q2: Who is the girlfriend of Khaleel Ahmed?

Q3: What is the age of Khaleel?

Q4: What is the height of Khaleel Ahmed?

Hope you liked the biography of cricketer Khaleel Ahmed and if you have any query related to it, then definitely tell us in the comment box.