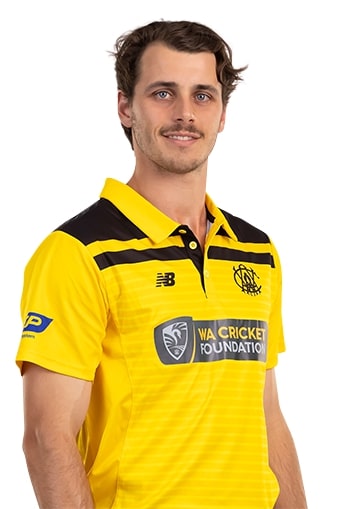 Lance Morris Biography – This Australian fast bowler is a true wild thing on the pitch and a force to be reckoned with!

Lance Morris is an up-and-coming Australian cricketer hailing from Busselton, Western Australia. Born on March 28, 1998, he is the youngest of three siblings. One of his older brother’s name is Kurt Morris.

Despite not having a background in sports themselves, Lance Morris’s parents, Garry and mother (name not known) have wholeheartedly supported his pursuits in the world of cricket.

Their encouragement and backing have undoubtedly played a significant role in his development as a cricketer and the pursuit of his dream of representing Australia on the international stage.

In January 2020, Morris made his T20 debut in the Big Bash League, playing for the Melbourne Stars. His first match was somewhat quiet, as he went wicketless in three overs bowled.

However, this did not discourage Morris, who remained focused on his ultimate goal of representing Australia on the international stage. During the season, he took only one wicket in five innings. Despite this, he remained determined to improve his skills and become the best cricketer he could be.

Following his debut season, he played a few more games for the Melbourne Stars, though not an extensive number. Later, he joined Perth Scorchers.

In the 2020-2021 Sheffield Shield season, the fast-bowler made his First-Class debut for Western Australia, picking up one wicket in a match against South Australia. He then went on to make his List-A debut in the Marsh One-Day Cup in April 2021.

Morris’s hard work and dedication paid off in December 2022 when he was selected for the Australian squad against the West Indies. Unfortunately, he did not get to take the field in this series. However, this is undoubtedly just the beginning of his career, and he will no doubt have many more opportunities to represent his country in the future.

He is a right-arm fast bowler who can consistently bowl at the speed of 145kmph+.

He began his cricketing journey at the Scarborough Cricket Club, his local club.

How Lance became the Wild Thing?

In addition to his cricketing achievements, Lance Morris has also gained a bit of a reputation for his unique nickname.

According to him, the story behind his “Wild Thing” moniker began at the Gaba Cricket Club. After writing his name on the whiteboard for a visit to the doctor, another player wiped it out and replaced it with “Wild Thing.”

From then on, the nickname stuck and has followed him throughout his career. Despite this, he seems to have a good-natured personality and believes that the nickname should really only belong to fellow Australian bowler Shaun Tait. It’s clear that Morris is not only a talented cricketer but also a well-liked and well-respected member of the team.

I hope you liked the Biography of cricketer Lance Morris and if you have any queries regarding this post, kindly let us know in the comment box.