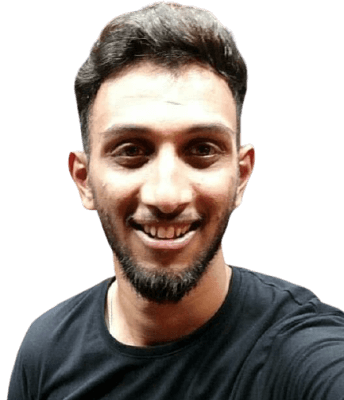 Prasidh Krishna Biography – The fast and fierce bowler of India, trained in Australia!

Prasidh Krishna is a right-hand medium-fast bowler, born on February 19, 1996, in Bangalore, India.

His father’s name is Murali Krishna. His father also used to play cricket and is renowned locally for his playing skills. Krishna’s mother is a former Volleyball player.

He has a younger sister named Prakruthi Krishna.

Initially, Prasidh wasn’t particularly interested in cricket, as he would play other sports like volleyball and athletics. However, at the age of 12, he joined Basavanagudi Cricket Academy in Bengaluru and started honing his skills at a young age.

Also, he used to play for his school cricket team, where he honed his bowling skills under the former first-class player, Prahladrao Srinivasa Murthy. 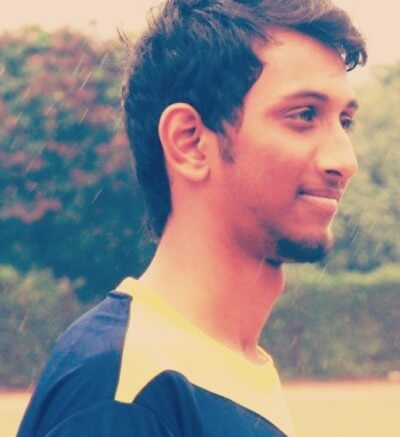 Soon, in 2010, he made his name in the state’s under-14s team while he was studying at Carmel School. Later, in 2013, he started playing for Karnataka under-19s team.

He did his schooling at Carmel School in Padmanabhanagar. He has a B.Com (Bachelor of Commerce) degree from Mahavir Jain College.

In 2015, he started his first-class career for Bangalore by playing against Bangladesh A on the Bangladesh A tour of India. He picked five wickets in the first innings and one wicket in the second innings.

Later, in 2017, Prasidh Krishna made his List-A debut along with Pavan Deshpande and Krishnappa Gowtham, against Jharkhand in the Vijay Hazare Trophy. He picked two wickets for 41 runs in the match. The same year, he trialed and got selected in the MRF Pace Foundation. 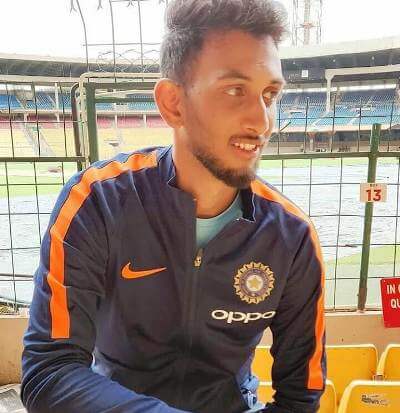 Then, in January 2018, he played his first main T20 match for Bangalore against Punjab in the Syed Mushtaq Ali Trophy. Although he picked the wicket of the opening batsman Manan Vohra, he conceded 44 runs in his four overs.

Later, in 2019, he visited Australia through an exchange program of the Foundation (MRF Pace), where he improved his bowling skills under former Australian fast bowler Jeff Thompson.

On March 23, 2021, Krishna made his international debut by playing an ODI match against England. He picked four wickets on his debut day with an economy of 6.61. His maiden international wicket was Jason Roy. He also picked the wickets of Ben Stokes, Sam Billings, and Tom Curran in his first match.

Prasidh was a net bowler for IPL teams like Royal Challengers Bangalore (RCB), Punjab Kings (formerly KXIP), and Kolkata Knight Riders (KKR) before he made his debut in the league. 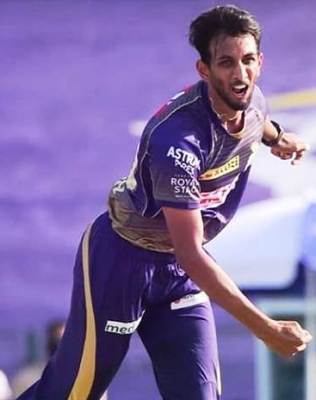 His IPL story is also interesting as he joined KKR as a replacement for injured Kamlesh Nagarkoti in the IPL 2018. Then, he made his IPL debut also because of an injured player named Shivam Mavi.

Krishna made his IPL debut for KKR on May 06, 2018, against Mumbai Indians (MI). His maiden IPL wicket came in his second match, against MI only, in the form of Rohit Sharma.

He played for the same team in the next three seasons, before Rajasthan Royals (RR) bagged him for ten crore INR at the auction for IPL 2022. 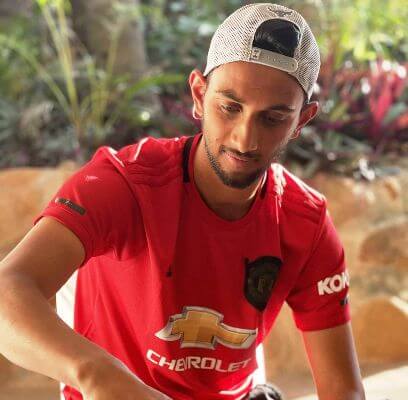 Q1: What is the age of Prasidh Krishna?

Q2: What is the height of Prasidh Krishna?

Q3: Who is the wife of Prasidh Krishna?

Q4: What is the fastest ball delivered by Prasidh?

Q5: What is the average ball speed of Krishna?

I hope you liked the Biography of cricketer Prasidh Krishna and if you have any queries regarding this post. then let us know in the comment box.