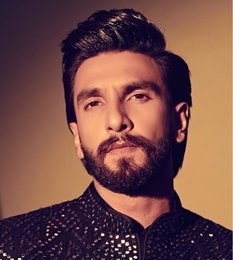 Ranveer Singh Biography – Once a copywriter becomes the most prominent actor of Bollywood!

Ranveer belongs to a Sindhi family. After the partition of India, his grandparents moved to India from Pakistan.

His grandmother, Chand Burke, was an actress in Pakistan and appeared in some Bollywood movies.

He has a two-year-old elder sister named Ritika Bhavnani, to whom he calls his “little momma.”

Ranveer Singh is married to actress Deepika Padukone. Here’s a short love story of the two – At an awards function, Ranveer falls in love with her at first sight. In an interview, he said, “The first time I saw her, I almost went flat!’.

The couple later starred in Goliyon ki Rasleela- Ram-Leela, and then only they started dating each other. Later, in 2015, he proposed Padukone at the IIFA Awards.

And, finally, on October 21, 2018, Ranveer and Deepika got married at Lake Como, Italy. The couple had two ceremonies for their marriage- Sikh and the Hindu Konkani ceremony.

Ranveer Singh was born on the 6th of July, 1985, in Mumbai, Maharashtra. From a very early age, he wanted to be an actor. He used to participate in Dramas, Debates, and Plays in his school.

In his teenage, he would think that he didn’t have any film background, so it would be tough for him to join the industry. Thus, he started creative writing. Then, for his further education, he moved to the US, where he started doing theatre.

After completing his graduation, he moved back to India and worked as a copywriter for advertising agencies. He started his career with an ad agency named O&M. He has worked with other agencies like JW Thompson and Ponds. 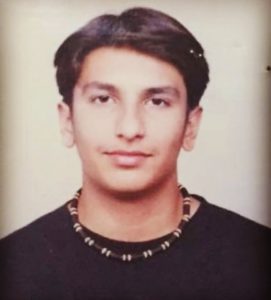 Later, he quit writing and started as an assistant director. He had assisted Shaad Ali in the movie Bunty Aur Babli. But, then stopped it too to pursue his career in acting.

He did his schooling at Mumbai’s Learners’ Academy. Then, he moved to Mumbai-based HR College of Commerce and Economics. Later, Singh completed his graduation in BA from Indiana University, USA.

After quitting his career in writing and assistantship, he decided to give a go for acting. He then sends his portfolio to directors, would go for auditions, but things didn’t happen.

However, he did reject some roles, which according to him, were short.

In 2010, Singh auditioned for the movie and got the lead role in it. Ranveer made his debut in the Hindi Film industry from Band Baajaa Baaraat opposite Anushka Sharma. 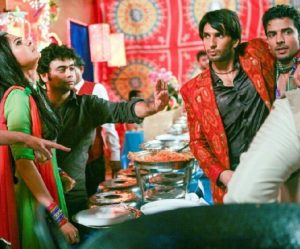 The movie performed quite well at the box office; moreover, audiences and critics loved his performance in the film.

In 2011, he starred in Ladies vs Ricky Bahl with Anushka Sharma, Parineeti Chopra, Aditi Sharma, and Dipannita Sharma. He played the role of a conman in the film. Again, the reaction was the same from the audiences as well as critics. 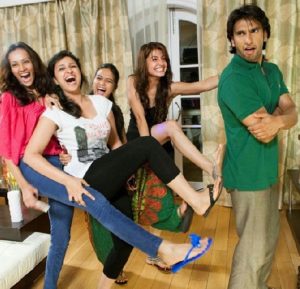 Later, in 2013, he appeared in Bombay Talkies; the same year, he starred in Lootera alongside Sonakshi Sinha. Critics acclaimed the movie; however, it didn’t perform well at the box office.

After appearing in three movies in 2013, Ranveer starred in Goliyon ki Rasleela Ram-Leela opposite Deepika Padukone. He played the role of a Gujarati boy in the film, based on the character of Romeo from William Shakespeare’s Romeo and Juliet. 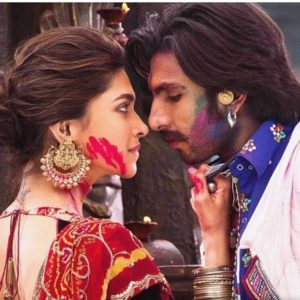 The following year, he appeared in Gunday with stars like Priyanka Chopra, Irrfan Khan, and Arjun Kapoor. Later, Singh appeared in a cameo in Finding Fanny.

Also, in the same year, he starred in Kill Dill along with Ali Zafar and Parineeti Chopra.

In 2015, he made a special appearance in the movie Hey Bro. The same year, Singh starred in Dil Dhadakne Do with the likes of Anil Kapoor, Shefali Shah, Farhan Akhtar, Anushka Sharma, and Priyanka Chopra.

Later, in 2015, Ranveer Singh starred in Bajirao Mastani as Peshwa Bajiroa I with Deepika Padukone as Mastani and Priyanka Chopra as Kashi Bai. It was based on Nagnath Inamdar’s novel named Rau.

He performed so well in the movie that he won the Best Actor award at the 61st Filmfare Awards. Even the film was a major hit at the box office.

The same year, he appeared in the rom-com movie, Befikre, opposite Vaani Kapoor.

In 2018, Ranveer starred in Padmaavat along with Deepika Padukone and Shahid Kapoor. It was his third collaboration with Sanjay Leela Bhansali after Ram-Leela and Bajirao Mastani.

He played the role of Alauddin Khilji in the film, based on Malik Jayashi’s poem Padmaavat. 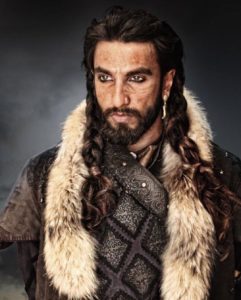 An interesting fact about Singh regarding the movie is that he isolated himself in a room for three weeks to get in the character. Later, he made a special appearance in Teefa in Trouble.

In the year 2019, Singh starred in Gully Boy opposite Alia Bhatt. The story of the movie was based on the lives of street rappers Naezy and Divine. 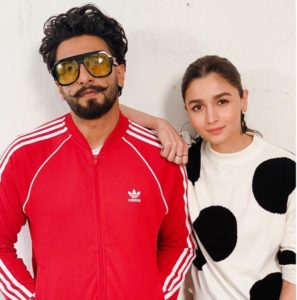 He played the role of Murad Ahmed in the movie, who lives in the slums of Mumbai and wants to be a rapper. And, how he achieved his goal is the plot of the film.

He lent his voice for some songs in the film. The film was a commercial hit at the box office. Moreover, the movie won 13 awards at the 65th Filmfare Awards, and he won the Best Actor award.

Ranveer’s upcoming movies are 83 (Biopic of cricketer Kapil Dev), Sooryavanshi, Jayeshbhai Jordaar, and Cirkus. All his forthcoming films may release in 2021.

I hope you liked the Biography of Ranveer Singh and if you have any queries related to it, then tell us in the comment box.