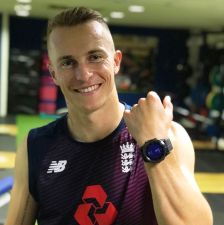 Tom Curran Biography – England’s super all-rounder who made his international debut in all three formats at just 22!

Tom Curran was born on March 12, 1995, in Capetown. His late father, Kevin Curran, was an international cricket player and the coach of the Zimbabwean cricket team from 2005 to 2007. His mother’s name is Sarah Curran. Even his grandfather was also a cricketer who had played first-class cricket for Zimbabwe.

Tom has two brothers named Sam Curran and Ben Curran, and the latter is the oldest among them.

Sam, the youngest, is currently playing international cricket for England, while Ben Curran is a regular player of the Northamptonshire cricket team.

Both Tom and Sam Curran are all-rounders like their father.

The Brothers – Tom and Sam Curran:

In 2015, Sam and Tom Curran took ten wickets together in the County Cricket Championship against Northamptonshire at The Oval.

Earlier, his family had to leave their house because of the Land Reform Policy in Zimbabwe. Later, Kevin became the coach of the Zimbabwe cricket team.  Consequently, his family moved to Geoff Marsh’s home while Tom boarded to Hilton College in Durban.

In 2012, while Tom Curran was playing for his school team in a tournament in South Africa, Ian Greig, a former English cricketer, recognized his talent. Soon by that day, he was offered a scholarship at Wellington College.

Unfortunately, Kevin, who taught the basics of cricket to his sons, died due to a heart attack in 2012. Later, Alec Stewart, former English Cricketer and family friend of Currans, asked them to move to Surrey.

So the family shifted to Surrey. And under the guidance of Allan Lamb (former English Cricketer), Sam and Tom started playing age-group cricket.

He did his schooling at Springvale House Preparatory School, Marondera. Then he joined Harare’s St. George’s College. Later, he boarded to Hilton College and finally into Berkshire’s Wellington College.

Tom Curran represented South African first-class cricket team KwaZulu-Natal Inland at Under-15, U-17, and U-19 levels. Later, at 17, he played for Surrey XI’s second team and took five wickets in his second game against Kent. After his father’s death, he began at Wellington school in 2012.

At the age of 18, he started his List-A career against Essex at the Oval. He got run out at the score of one by Ravi Bopara, who also scored a century in the match. Later, he was hit for 42 runs in the six overs he bowled.

On April 01, 2014, he made his First-Class debut against Cambridge MCCU at Cambridge. He got out for 0 in the first innings and didn’t get the chance to bat in the second innings. But he did well in the bowling department as he dismissed three players in the match.

At 22, on June 23rd, 2017, he made his international debut by playing the T20I match against South Africa at Taunton. He took three wickets in the game at an economy of 8.25. 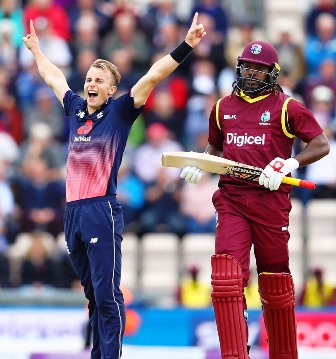 On September 29, 2017, he played his first One Day International match against West Indies at Southampton, in which he took the wicket of Chris Gayle. He didn’t get the chance to bat in the game.

Later, at the end of December of the same year, Tom made his Test debut against Australia in Australia. In the first innings, he bowled out Steve Smith, then captain of Australia, his only wicket of the match. He also scored four runs with the bat.

He played three matches for Sydney Sixers in the inaugural season of the Big Bash League. He took five wickets at an economy rate of 9.50. Curran also played in the 2018 edition of the BBL for the same team. He took 20 wickets in 14 innings and scored 185 at a strike rate of 144.53.

In 2019, he also played for Tshwane Spartans in South Africa’s Mzansi Super League. 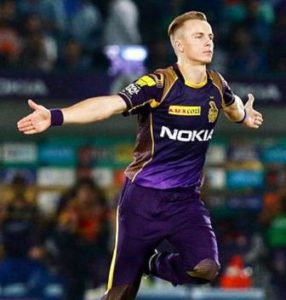 He played for the Kolkata Knight Riders (KKR) in IPL 2018. Tom made his IPL debut on April 11, 2018, against Chennai Super Kings (CSK). He took two wickets and remained not out for two runs in the match.

Rajasthan Royals (RR) signed Tom Curran at one crore for IPL 2020. He scored his maiden IPL fifty against KKR on September 30, 2020. Later, Delhi Capitals bought him at the auction for IPL 2021. 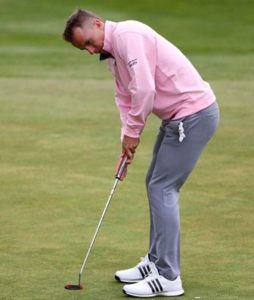 Q2: What is the height of Tom Curran?

Q4: Who is the girlfriend of Tom Curran?

I hope you liked the Biography of Tom Curran and if you have any queries regarding this post, let us know in the comment box.