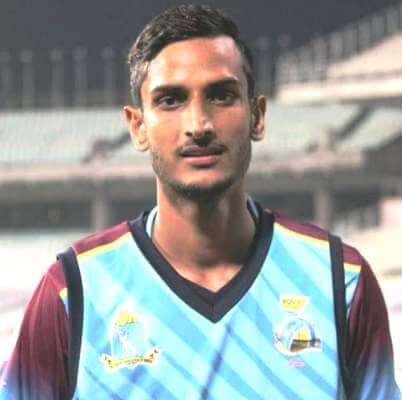 Shahbaz Ahmed Biography – The only cricketer from the Mewat district of Haryana who has ever played an IPL or a Ranji match!

Shahbaz Ahmed was born on December 12, 1994, in Haryana, India. His father is a clerk and his mother, Shabnam Begum, is a homemaker.

He has a younger sister named Farheen Ahmed.

Ahmed started playing cricket at the age of three. He used to play along with his father and his uncle Faruq Ahmed.

In an interview, his uncle revealed that Shahbaz was so good in cricket from his initial years that it would be difficult for them to get him out early.

He learned all his basics under coach Mansoor Ali Khan in a cricket academy in Gurgaon. 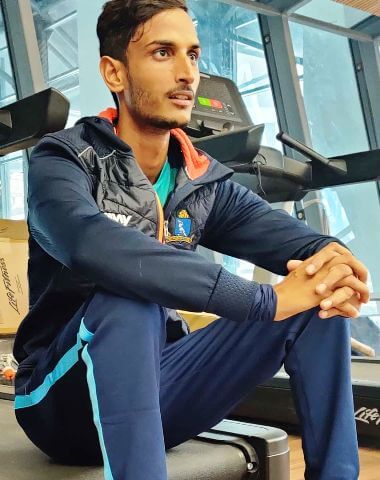 Later, he shifted to Bengal on one of his friend’s advice and started playing for the Cricket Association of Bengal (CAB) under Arun Lal and Joydeep Mukherjee. He then started playing league cricket for CAB.

He did his graduation with a Bachelors’ of Technology at Manav Rachna University.

On September 20, 2018, Shahbaz started his List-A career for Bengal against Jammu & Kashmir in the Vijay Hazare Trophy. He bowled three overs and took one wicket in the match. 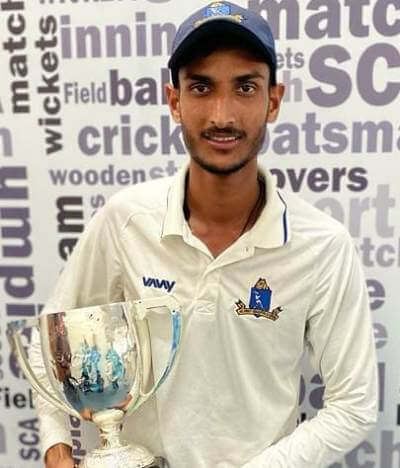 Two months later, he made his Ranji debut against Hyderabad. He scored 27 runs on his debut and also picked a wicket in the match.

The next year, in February 2019, he played his first main T20 against Haryana in the Syed Mushtaq Ali Trophy.

Royal Challengers Bangalore bought Shahbaz Ahmed for his base price of Rs. 20 lakhs at the auction ahead of the IPL 2020. He played his first IPL match on October 17, 2020, against Rajasthan Royals. He didn’t get any wicket in the game, but his brilliant catch of Steve Smith at the boundary line did amaze everyone. 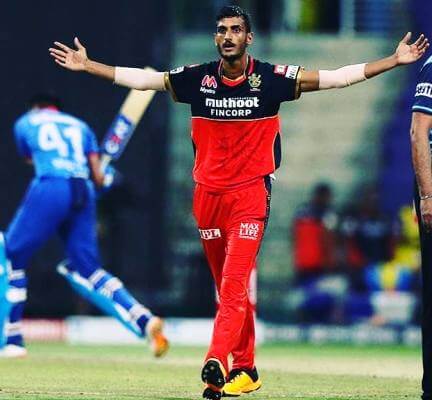 The allrounder’s maiden IPL wicket came in his second (also his last of the season) match in the form of Shikhar Dhawan against Delhi Capitals (DC). He also picked the wicket of Shreyas Iyer, captain of DC, in the game.

Q1: What is the age of Shahbaz Ahmed?

Q2: What is the height of Shahbaz Ahmed?

Q3: Who is the girlfriend of Shahbaz Ahmed?

Q4: What is the jersey number of Shahbaz?

I hope you liked the Biography of cricketer Shahbaz Ahmed, and if you have any queries regarding this post, let us know in the comment box.