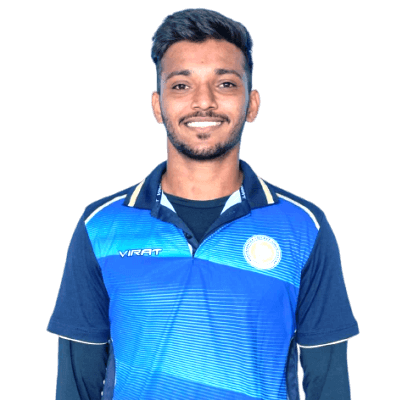 Chetan Sakariya Biography – A cricketer from Gujarat who worked at his uncle’s shop for almost two years in order to pursue his dream!

Chetan Sakariya is a left-arm medium-fast bowler born on February 28, 1998, in Gujarat, India. His late father, Kanjibhai Sakariya, was a tempo driver who passed away in May 2021 due to Covid-19.

After he started playing Ranji matches, he insisted his father quit his job in 2019. His mother, Varshaben Sakariya, is a homemaker.

He has a younger sister named Jignasha Sakariya. He also had a younger brother, Rahul, who died by suicide in the year 2021.

Sakariya’s parents never wanted him to be a cricketer, considering cricket a “rich man’s sport.” Their financial conditions weren’t that good that they could bear the expenses at that time. In fact, his dad wanted him to become an engineer, well, the dream of almost every Indian father.

However, Chetan certainly had different plans for his future, as his only aim was to become a cricket player. So, focusing on studies was quite hard for him rather than playing cricket all day, although he was also good at studying. 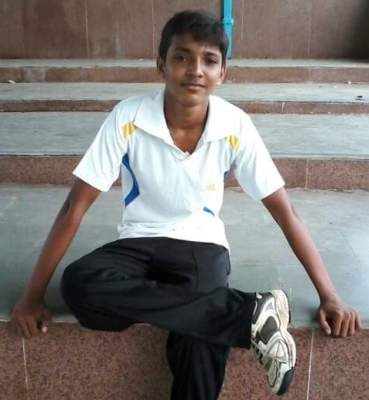 But thanks to his maternal uncle, Mansukh Bhai, who paid for Chetan’s tuition fee and allowed him to play cricket in return for some computer work (on a daily basis) at his stationery shop in Bhavnagar. So he worked there for almost two years before quitting the job and focusing on cricket only.

He did his schooling at Vidya Vihar High School in Bhavnagar.

Sakariya used to play cricket for different teams at the local level. He was also a part of his school cricket team. Once, he was playing for his school team in a district tournament where he got the attention of Rajendra Gohil, one of the coaches of Sir Bhavsinhji Cricket Academy.

Later, he joined the academy, and there he started honing his skills under coach Gohil’s guidance. 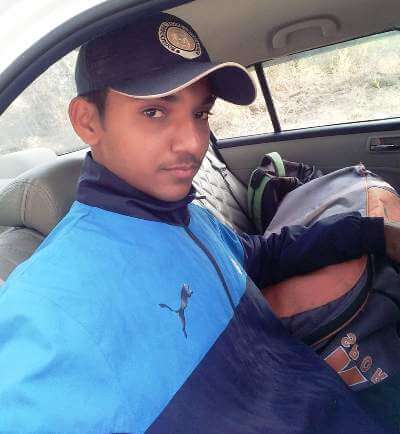 He soon made his name in Saurashtra’s junior cricket team. He couldn’t play for the Saurashtra Under-16s team, but his consistency helped him get in the under-19s squad.

Subsequently, he joined MRF Pace Foundation with the help of the Saurashtra Cricket Association, where he got trained under former Australian bowler Glenn McGrath.

On February 22, 2018, Sakariya played his first List-A match for Saurashtra against Baroda in the Vijay Hazare Trophy. He took two wickets for 73 runs out of his ten overs quota.

The same year, on November 20, he started his first-class career against Gujarat. He picked five wickets in the first innings and a total of six wickets in the match. 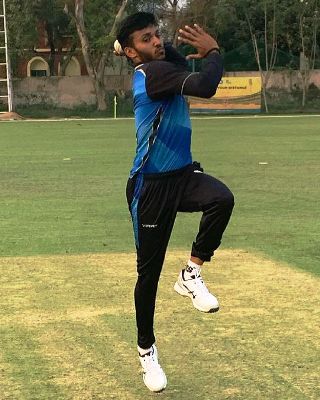 Next year, in February, Chetan played his first main T20 match against Railways in the Syed Mushtaq Ali Trophy. He took one wicket in the match.

He played his first international match against Sri Lanka on 23 July, 2021. Also, he picked two wickets on his debut. Five days later, on July 28, he made his T20I debut against the same team.

Rajasthan Royals (RR) bought Chetan Sakariya at the auction for 1.2 crores INR ahead of the IPL 2021. Later, Sakariya made his IPL debut for RR on April 13, 2021, opposite Punjab Kings (PBKS). 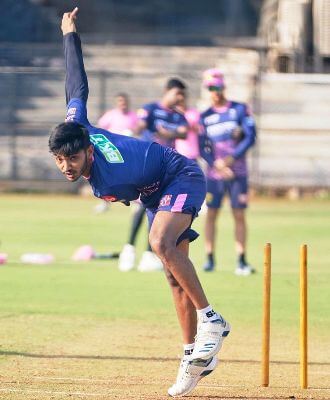 His maiden IPL wicket was Mayank Agarwal. He picked three wickets in his first IPL match, including the wickets of KL Rahul and Jhye Richardson.

He was previously a net bowler for Royal Challengers Bangalore (RCB). After showing some good performances for RR, DC (Delhi Capitals) bought Sakariya at INR 4.2 crores for IPL 2022.

Q1: What is the age of Sakariya?

Q2: What is the height of Chetan Sakariya?

Q3: Who is the girlfriend of Chetan Sakariya?

Q4: What is the average ball speed of Chetan Sakariya?

Q4: Where is the village of Chetan Sakariya?

I hope you liked the Biography of cricketer Chetan Sakariya. If you have any queries regarding this post, then let us know in the comment box.