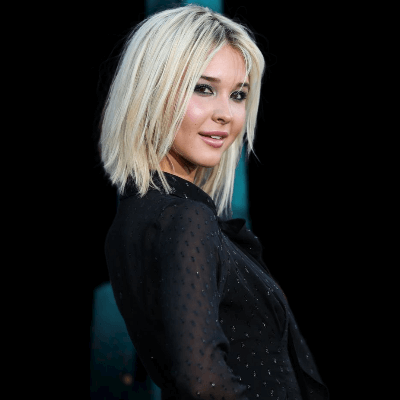 Isabel May Biography – An American girl who decided to become an actor to complete the trio of her friendship group!

Isabel May, born on November 21, 2000 in California, is a rising star in the acting world. She is best known for her role as Katie Cooper in the popular Netflix series, Alexa & Katie.

She has always been a bright student, with a love for reading and writing. It was her English teacher who first recognized her talent and suggested to her parents that they find a way to channel her abilities. Despite this early encouragement, Isabel’s family decided that she should finish her ninth grade before committing to a career in acting.

Despite this, she continued to audition for roles, but went for three years without landing a single part. This was due to her lack of experience in the field, as well as her focus on her studies at the time.

After completing her ninth grade, Isabel decided to pursue online schooling, which would give her more time to focus on her acting career. Just six months later, her hard work paid off and she landed her first role, despite having minimal experience in the industry.

Isabel’s acting career has been her top priority since then, she continues to balance her time between her education and her acting career.

Isabel May is an accomplished actress from California, known for her diverse range of roles in popular TV shows and films. She began her acting career at the age of 17, starring as Katie Cooper in the hit Netflix series Alexa & Katie. The show, which premiered in 2018, ran for three seasons before ending in June 2020 and won Favorite Kids TV Show at the 2021 Nickelodeon Kids’ Choice Awards.

After her breakout role in Alexa & Katie, Isabel went on to play a recurring role as Veronica Duncan in the hit sitcom Young Sheldon. She portrayed Georgie’s date in the show.

In 2019, Isabel made her feature film debut in the independent horror film Let’s Scare Julie. She played the role of Taylor in the movie, which was shot in one take.

She continued to make her mark in the entertainment industry with her appearances in several films and TV shows. In 2020, she starred in the thriller film Run Hide Fight, which also starred Thomas Jane, Radha Mitchell, and Eli Brown. The following year, she appeared in the TV show Y: 1883, playing the character of Elsa.

In 2022, she appeared in the film I Want You Back and starred in The Moon & Back. Additionally, she lent her voice for the character of Jenny in the TV series 1923. With her talent and dedication, Isabel May continues to captivate audiences with her performances.

Facts about Isabel May:

I hope you liked the Biography Isabel May of and if you have any queries regarding this post, let us know in the comment box.