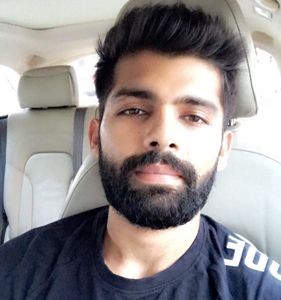 Manan Vohra Biography – A right-hand opening batsman who started playing cricket at the age of 7 after watching Sachin Tendulkar on TV!

Manan Vohra was born on July 18, 1993, in Chandigarh, India. His father’s name is Sanjeev Vohra.

He has a sister named Mehak Vohra.

His grandfather was a hockey player, but even he insisted on taking cricket, as his grandson started liking it more than any other sport.

Then, Manan started playing cricket for Punjab. He has represented Punjab under-16, under-19, and under-22 cricket teams. He was the Punjab under-19 team captain, which won the Vinoo Mankad Trophy in the year 2010.

Later, on September 27, 2011, he made his Under-19 debut for India against Australia under-19 cricket team in a Quadrangular series. He made 79 not-out runs with Unmukt Chand (72*) and led their team to win. 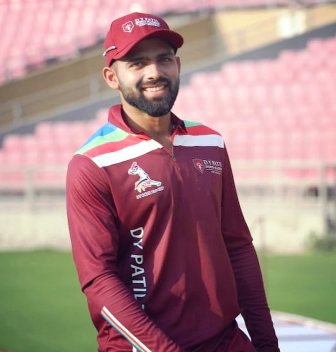 Soon, on November 17, 2011, he made his first-class debut for Punjab against Saurashtra in Ranji Trophy. He made a total of 27 runs in the match, including both the innings.

He then got selected in the 2012 under-19 world cup squad, but he missed that tournament because of his finger injury. 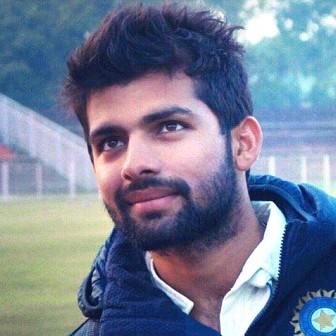 Later, on February 27, 2014, Vohra played his first List-A match against Haryana in the Vijay Hazare Trophy. He scored 14 runs in the game before getting out by Mohit Sharma.

Manan Vohra played his first five IPL tournaments for KXIP. He made his debut on April 07, 2013, against Pune Warriors, scoring 43* runs in 28 balls. 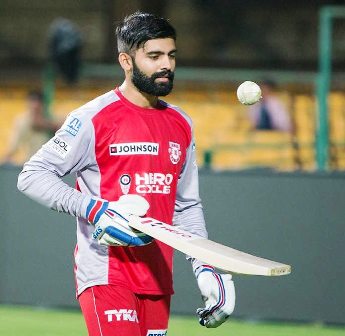 He also played Champions League Twenty20 for KXIP in 2015. He played five matches and scored 149 runs in the tournament, including a half-century against the Northern Districts.

Later, Royal Challengers bought Vohra for a whopping 1.1 crores for the IPL 2018. He made his debut for RCB against Delhi Capitals (DC). He played four matches in the tournament with the best score of 45 runs. 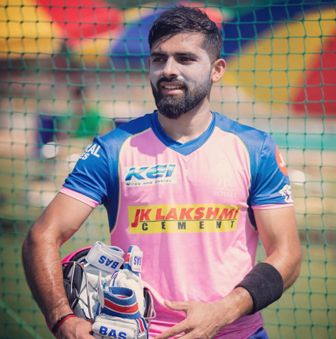 Then, Rajasthan Royals picked him at Rs. Twenty lakhs for IPL 2019; however, he didn’t get the chance to play any match for the team. He played for RR till 2021, and then Lucknow Super Giants (LSG) picked him at the auction for IPL 2022.

Q1: What is the jersey number of Vohra?

Q2: Who is the wife of Manan Vohra?

Ans: He is unmarried.

Q3: What is the height of Manan Vohra?

I hope you liked the Biography of Manan Vohra and if you have any queries regarding this post, then let us know in the comment box.