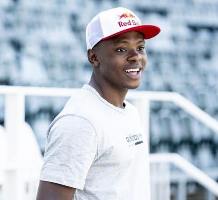 Kagiso Rabada Biography – From a Rugby player to the furious Cricket Bowler!

Kagiso Rabada is a South African fast bowler born on May 25, 1995. His father, Mpho Rabada, is a doctor, and his mother, Florence Rabada, is a lawyer. He has a brother named Atlegang Rabada.

He spent his childhood mostly in Gauteng’s Mamelodi & Johannesburg’s West Rand. He started his sports career by playing Rugby for his school team.

Then after the offseason of Rugby, he started playing cricket. However, the selectors of the A-level cricket team and the Rugby team. So he decided to quit Rugby and started focusing only on cricket.

Later, he won a sports scholarship from St. Stithians, where he improved his skills and started playing age-level cricket.

In 2013, he started his Domestic cricket career with a List-A cricket match, which went normal, but he still got selected in the 2014 U-19 World Cup. In the semi-final against Australia in the tournament, he took six wickets for 25 runs, ultimately leading his team to win the U-19 World Cup.

Along with India’s Kuldeep Yadav and Namibia’s JB Wessels, Rabada was the second-highest wicket-taker with 14 wickets, whereas Srilanka’s SANJ Fernando was the leading wicket-taker of the tournament. 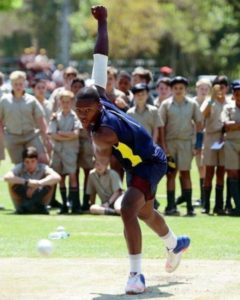 His splendid performances in the World Cup earned him a contract with the Lions, a Central Gauteng and North West Provinces’ cricket franchise. In February 2015, he took 14 wickets for 105 runs against the Dolphins, a record in the franchise cricket. 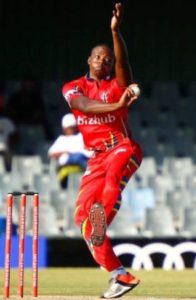 Dale Steyn was the previous record holder with the same number of wickets but, it cost him 110 runs.

On December 8, 2013, he made his List-A Cricket career debut for Gauteng against Border. In this match, he took two wickets for 48 runs in his eight overs. 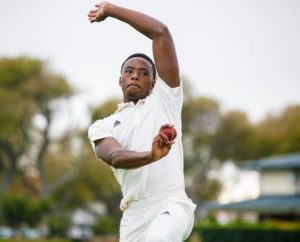 Later, On March 13, 2014, he made his First-Class Cricket debut against Easterns. His bowling stats in the match were 15 overs, five maidens, 3/28 in first innings & 9 overs, four maidens, 11 runs for no wicket.

On November 5, 2014, Kagiso made his international cricket debut at age of 19 with a T20 match against Australia in which his stats were three overs & 0 wickets for 27 runs. 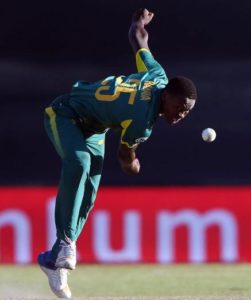 Before Kagiso Rabada, Allen Donald was the only South African player who took a hat-trick on his ODI debut match.

In IPL 2017, Delhi Daredevils (now Delhi Capitals) signed Rabada for five crores (INR). He played six matches in the season and took six wickets with an economy of 8.81. His best bowling figures in the season were 2/20.

He missed the IPL 2018 season due to his back injury.

In IPL 2019, Kagiso was bought by Delhi Capitals with a salary of 4.20 Crores via RTM (Right to Match). CSK bought him, but DD (now DC) used the RTM to get him in their squad.

His base price at the IPL auction was 1.5 crores. He played 12 matches in the tournament & took 25 wickets with an economy of 7.28. His best bowling figures were 4/21.

Rabada played for the same team in IPL 2020 and became the purple cap holder (for taking the highest 30 wickets) of the season. He remained with DC for IPL 2021 too. 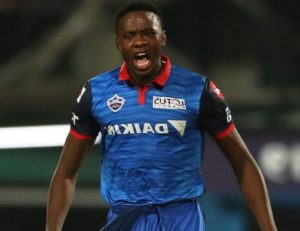 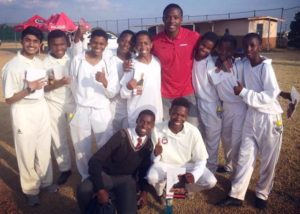 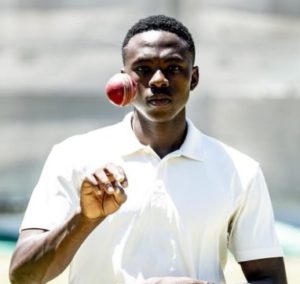 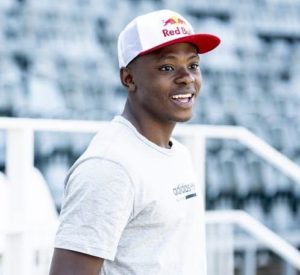 Q3: What is the bowling speed of Rabada?
Ans: He can consistently bowl between 140-150 Kmph.

Q4: Who is the wife of Kagiso Rabada?
Ans: He is not married yet.

I hope you liked the Biography of Kagiso Rabada and if you have any queries related to it, let us know in the comment box.