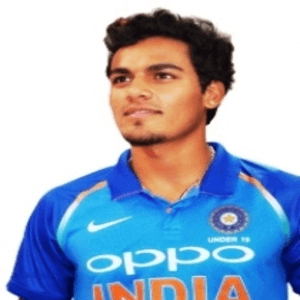 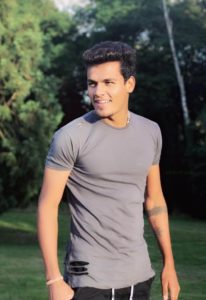 Rahul Chahar was born on August 4, 1999, in Bharatpur, Rajasthan. His father, Deshraj Chahar, is a real estate businessman. His mother’s name is Usha Chahar.

His cousin brother Deepak Chahar is also an international cricketer. He has a sister named Sanjana Chahar. He’s engaged with his long-time girlfriend, Ishani.

Rahul’s cricket journey started when he was just seven years old. His brother Deepak Chahar took 8 wickets on his debut match, which made Rahul do so. So he instantly quit his studies and started focusing on cricket.

Initially, he also wanted to be a fast bowler like his cousin brother Deepak. But Deepak advised him to bowl spin, so he started practicing leg-spin bowling. Later, he gets selected in state-level cricket because of some impressive performances in Dholpur’s district-level cricket.

At the age of 16, Chahar made his first-class debut against Odhisa in November 2016. He took 1 wicket for 24 runs in 9 overs, out of which 3 are maiden overs. 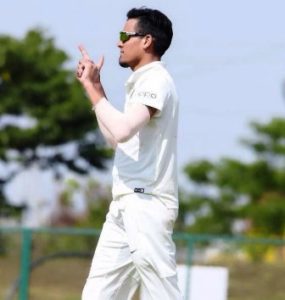 On November 05, 2016, he made his First-Class debut in Ranji Trophy against Odhisa. He took a total of 2 wickets in both innings.

Later, on February 25, 2017, he started his List-A career against Madhya Pradesh in Vijay Hazare Trophy. He scored 14 runs with the bat and took 1 wicket in his 5 overs with an economy of 9.60.

Then he was selected in the India U-23 squad for the ACC Emerging Teams Cup 2017, which was held in Bangladesh. His splendid performance led him to play Youth ODIs against the U-19 England team, where he took 10 wickets in 4 matches.

Unfortunately, he was dropped from the 2018 U19 World Cup. Later, he said, only selectors could tell that why he isn’t in the team! 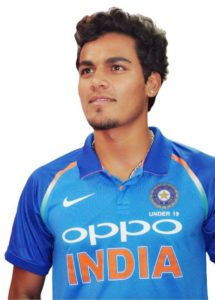 On August 06, 2019, Rahul made his International debut by T20I against West Indies at Providence. He bowled three overs in the match and got one wicket for 27 runs.

Later, on July 23, 2021, he played his first ODI match against Sri Lanka. He picked three wickets on his ODI debut.

On April 08, 2017, Rahul Chahar made his IPL debut with Rising Pune Supergiants (RPS) against Kings XI Punjab. He took the wicket of Hashim Amla on his first match. He played in only three matches in that season. 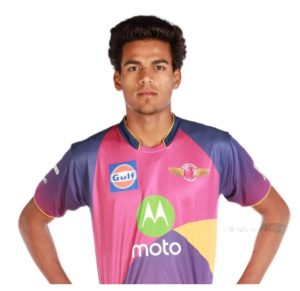 Later, at the IPL auction, Mumbai Indians (MI) bought him for a price of Rs 1.9 crore. 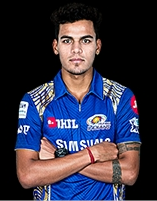 But the important part was that he played several matches for MI as a leading spin bowler and performed well in the tournament. The franchisee retained him for IPL 2020 and IPL 2021.

Q1: Who is the brother of Rahul Chahar?

Q2: Who are the sisters of Rahul?

Q3: Who is the wife of Rahul Chahar?

Ans: Rahul is engaged with his long-time girlfriend Ishani.

Q4: What is the age of Chahar?

Hope you liked the Biography of Rahul Chahar and if you have any query related to it then definitely tell us in the comment box.