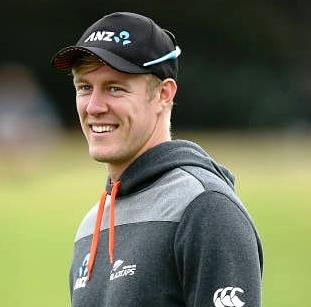 Kyle Jamieson – The 6ft 8 inches tall fast bowler who is achieving all significant heights in his cricket career!

Kyle Jamieson was born on December 30, 1994, in Auckland, New Zealand. His father, Michael Jamieson, is a former cricketer who had played for Papatoetoe Club in Domestic cricket.

His mother’s name is Sheryl Jamieson.

He has a two year younger sister named Brittany Jamieson.

He did his schooling at Auckland Grammar School. Later, he attended Lincoln University through a scholarship and finished his graduation with a Bachelor of Commerce in 2019.

He was just two and a half years old when he first picked up a bat. His father noticed him doing so; after all, it was his father’s bat and told him – “To play cricket, you’ve to look like a cricketer.” That means – tuck your shirt in and grab the bat. 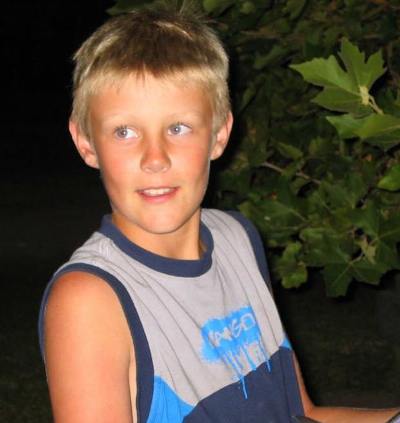 So, the kid used to play cricket with his father in their backyard. He fell for the sport so much that sometimes he would sleep wearing his batting gloves.

Kyle’s father has a major role in his life, as he is the one who taught him the basics of cricket. More importantly, his father made him look like a cricketer with one simple ‘tucking’ advice.

Jamieson started off playing cricket as a batting all-rounder. However, he eventually ended up playing as the leading bowler for his teams.

In 2013, he played under-19s matches for Auckland and Canterbury.The same year, on April 04, he made his under-19s debut with Leo Carter for New Zealand against Australia under-19s. 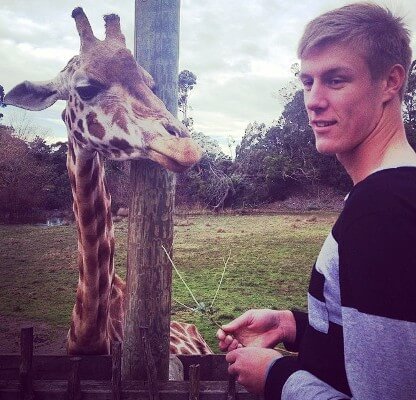 He was also a part of the 2014 Under-19 World Cup squad of New Zealand. On his very first match of the world cup, he picked four wickets and scored 29* runs against Sri Lanka. However, it didn’t help his team to win the match.

Subsequently, on April 02, 2014, he started his List-A career for Canterbury by playing against Wellington in the Ford Trophy. He didn’t get the chance to bat in the match; also, he failed to get any wicket that day.

The same year, on October 25, he made his first-class debut against the same team in the Plunket Shield. Later, in 2016, he made his T20 debut against Central Districts. Like his previous two debuts for Canterbury, he didn’t get any wicket here too. 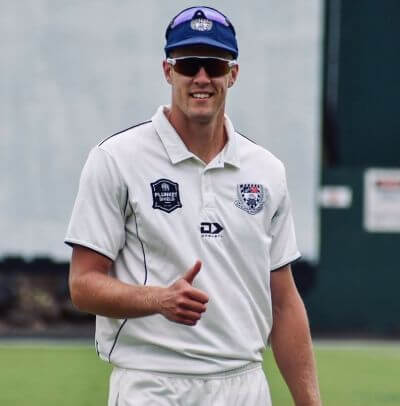 Later, in 2018, the 2.03m tall cricketer moved to Auckland from Canterbury. According to him, he wasn’t feeling comfortable there because of the negativity around him, which ultimately affected his nature and game on the field.

In 2019, he made his debut for Auckland in all the formats of domestic cricket.

On February 08, 2020, Jamieson made his ODI debut for Blackcaps against India. He bowled out two batsmen (Prithvi Shaw and Navdeep Saini) on his debut and also scored not out 25 runs. His all-round performance helped his team win the match, which earned him his first man of the match award. 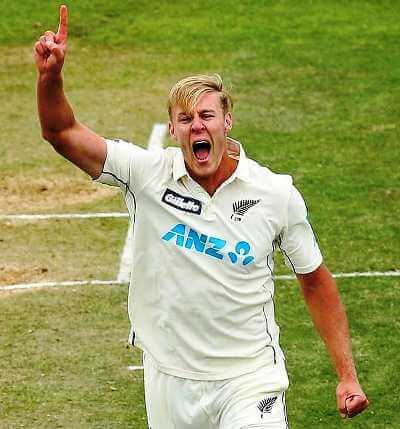 The same month, he made his Test debut under the captainship of Kane Williamson. He picked a total of four wickets in the match with the likes of Virat Kohli and Cheteshwar Pujara.

Later, on November 27, 2020, the quick bowler played his first T20I against West Indies.

Royal Challengers Bangalore bought Kyle Jamieson at the auction for IPL 2021 for a whopping 15 crore INR. He was the second-highest-paid cricketer of the season after South Africa’s Chirs Morris.

He made his debut on April 09, 2021, against Mumbai Indians. His maiden IPL wicket came in the form of Suryakumar Yadav.

Q3: Who is the wife of Kyle Jamieson?
Ans: His partner’s name is Emma Hartland.

Q4: What is the average bowling speed of Jamieson?
Ans: He bowls around 140 Kmph.

I hope you liked the Biography of cricketer Kyle Jamieson and if you have any queries regarding this post, kindly let us know in the comment box.