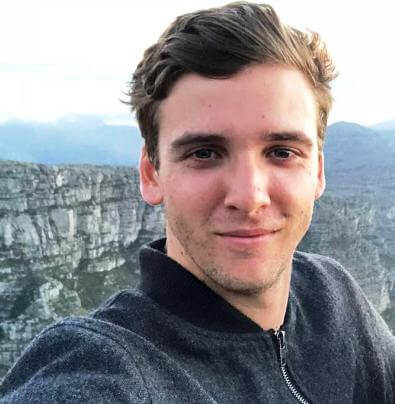 Jhye Richardson Biography – An Australian cricketer whose coaches didn’t want him to be a fast bowler!

Jhye Richardson was born on September 20, 1996, in Murdoch, Australia. His father, Jim Richardson, is working at a supervisor post in an engineering company in Western Australia.

His mother’s name is Karen Richardson.

He has a brother Tory Richardson who is also a cricketer. Currently, Tory is playing first-grade cricket for Bicton-Attadale Club as an off-spinner. He also has a sister named Kobhi Richardson.

Just like most of the other cricketers, he started off playing cricket in his backyard along with his father and the brother, who is five years elder to him.

Soon, both the brothers decided to take their game to the next level, and to do that, they started taking professional coaching. Tory opted for spin bowling while the younger brother went for fast bowling. 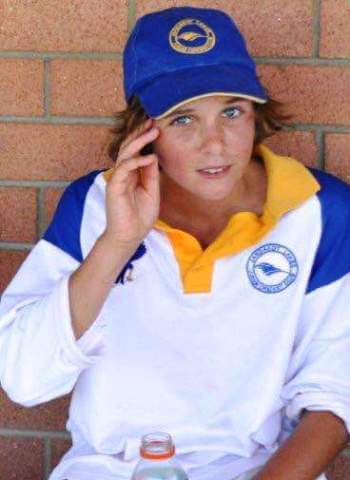 He really wanted to be a fast bowler (which he is now), but the coaches around him back then were keen to change his mind.

Why? Because they thought Jhye’s physique (height of 5ft. 8″ and around 70 kgs weight) would not let him become a successful fast bowler. I don’t know, but they must have been looking for another Glenn McGrath (6ft. 4″) for the Australian cricket team.

All those people failed to convince Richardson that a difference of 0.6ft could make him a less dangerous bowler. So, he didn’t change his style and continued enhancing his fast bowling skills

Richardson started his cricket career for Western Australia (WA) under-17s in the year 2014. In the meantime, he also started playing senior-level cricket for the WA under-19s and under-23s teams.

Then, he had made his debut for Australia under-19s in 2014; however, he played his first match against England Development Squad under-19s in the year 2015. 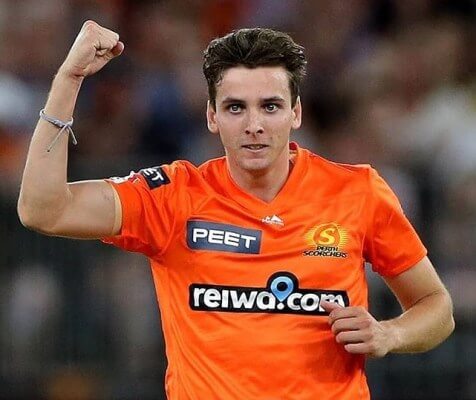 On October 21, 2015, he began his List-A career for Western Australia against Queensland in the Matador BBQs One-Day Cup. He bowled six overs in the match with a pretty decent economy of 5.67.

The next year, on March 15, the pacer made his first-class debut against the same team in the Sheffield Shield. He picked four wickets in the match and scored 22 runs in the first innings before getting out by Mitchell Swepson.

Jhye Richardson made his international debut by playing in the T20I match opposite Srilanka in 2017. He bowled three overs in the game, resulting in his maiden international wicket in the form of Kusal Mendis. 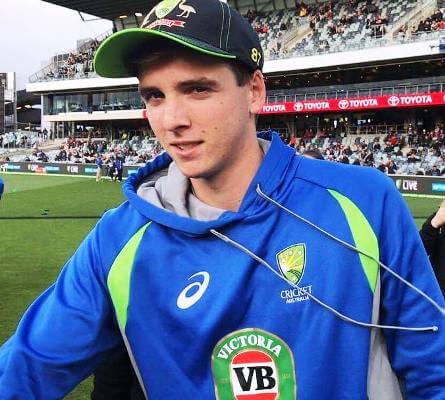 The following year, on January 19, 2018, he played his first ODI along with another debutant Alex Carey against England. Although his team didn’t win the match, he picked two crucial wickets of Johnny Bairstow (60) and Hales (57).

The right-arm fast bowler made his BBL debut on January 16, 2016, for Perth Scorchers against Melbourne Stars. Also, it was his only match of the season.

The next season, Jhye played his first match opposite Adelaide Strikers at Perth, where he took his maiden BBL wicket in the form of Travis Head. He played eight games and picked 11 wickets in that season.

He’s been playing for Scorchers since the year 2016. In BBL 2020, Richardson played 17 matches and picked the highest number of wickets in the tournament.

His impressive bowling, especially in BBL 2020, eventually helped him find a buyer at the IPL 2021. Punjab Kings was the franchise that bought Jhye Richardson for a whopping Rs. 14 crores (2.48 AUD), the fourth highest-paid player at the auction.

Q1: What is the age of Richardson?

Q2: What is the height of Jhye Richardson?

Q3: Who is the wife of Jhye Richardson?

Ans: He is not married, although he’s dating Jessica Moxham.

Q4: Who is the brother of Jhye Richardson?

I hope you liked the Biography of cricketer Jhye Richardson and if you have any queries regarding this post, kindly let us know in the comment box.

If you find this post-share-worthy, kindly share it with your friends and loved ones.
Thank you.