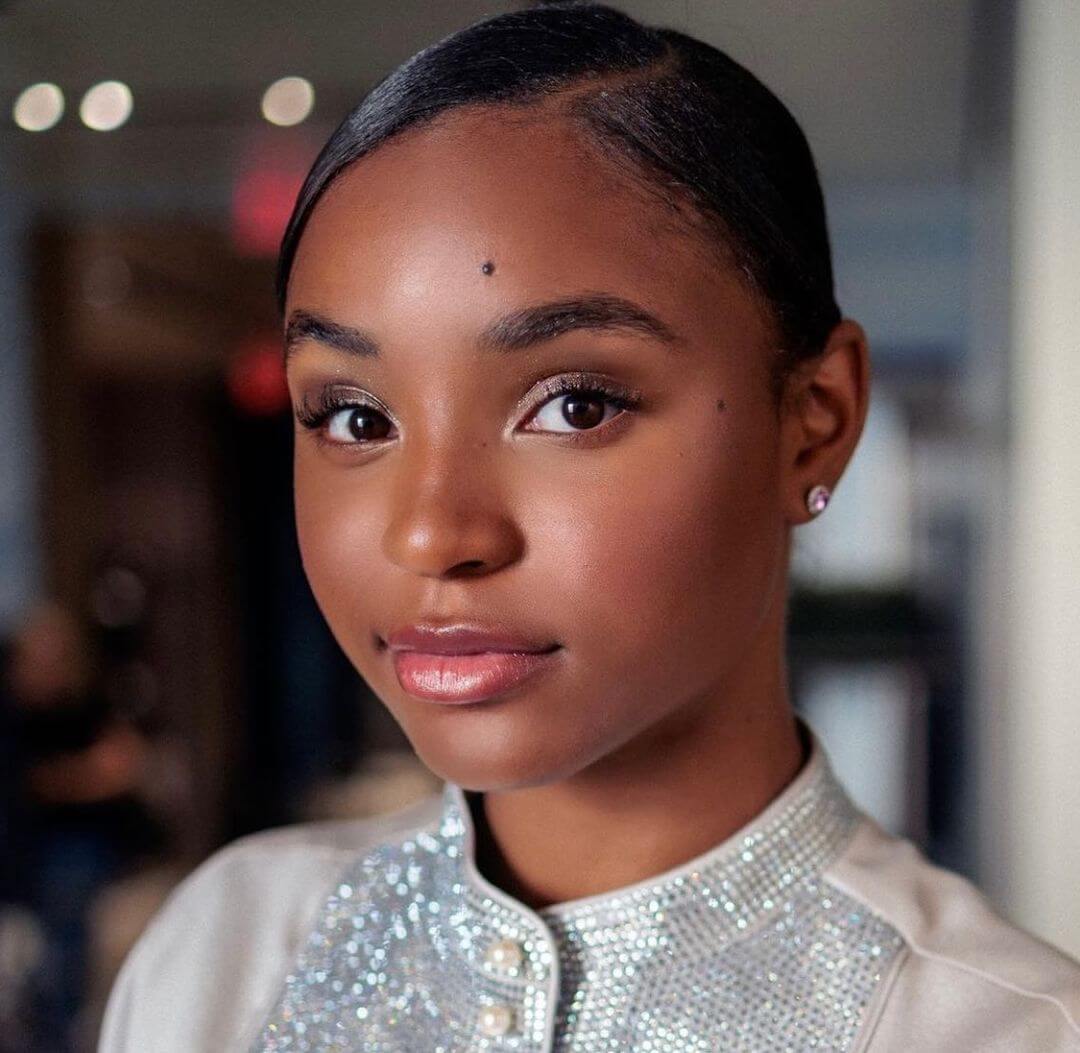 Saniyya Sidney is an actress born on October 30, 2006, in Los Angeles, California, United States. She comes from a family with a background in the entertainment industry.

Her mother, Malik Sydney, is a well-known film producer; her father, Shannon Sidney, is an American football coach. She has two older siblings – Tremaine Michelle and Cameron Sidney, an athlete.

Growing up surrounded by creative and successful individuals, it’s no surprise that she developed an interest in acting at a young age.

Her family, especially her mother, has been a constant source of support. And their influence can be seen in her passion and dedication to the craft.

She was homeschooled, which allowed her to focus on her acting career at a young age.

Saniyya Sidney began her acting career at the very young age of six in 2012. She made her debut in the short horror film The Babysitters, where she played a minor role as Amity.

Since then, she has appeared in various TV series and movies, showcasing her acting range and versatility.

In 2016, she made a guest appearance as Kizzy Waller in the mini-TV series Roots. She then gained recognition for her recurring role as Flora Harris in the horror television series American Horror Story.

She also starred as Constance Johnson in the biographical drama Hidden Figures and Raybell in the period film Fences, both released in the same year.

In 2018, Sidney starred in the superhero film Fast Color as Lila. And in 2019, she played Riley in the comedic TV movie Kevin Hart’s Guide to Black History. She also starred as Amy in the TV series – The Passage.

In 2021, Saniyya took on a new challenge in her acting career, starring as the American professional tennis player Venus Williams in the sports biographical film King Richard.

Despite not having any prior experience playing tennis and also being left-handed while Venus is right-handed, she learned to play the sport in Venus’s style for the role.

The film also featured Will Smith as Venus’s father, Richard Williams, Aunjanue Ellis as a tennis coach, and Demi Singleton as Serena Williams. This role showcases her dedication to her craft and her ability to learn new skills for a role.

In 2022, Saniyya appeared in several episodes of the anthology drama series The First Lady, playing the role of Sasha Obama, the youngest daughter of America’s 44th President, Barack Obama.

The series explores the personal and political lives of the first ladies of the United States.

I hope you liked the Biography of actress Saniyya Sidney and if you have any queries regarding this post, let us know in the comment box.